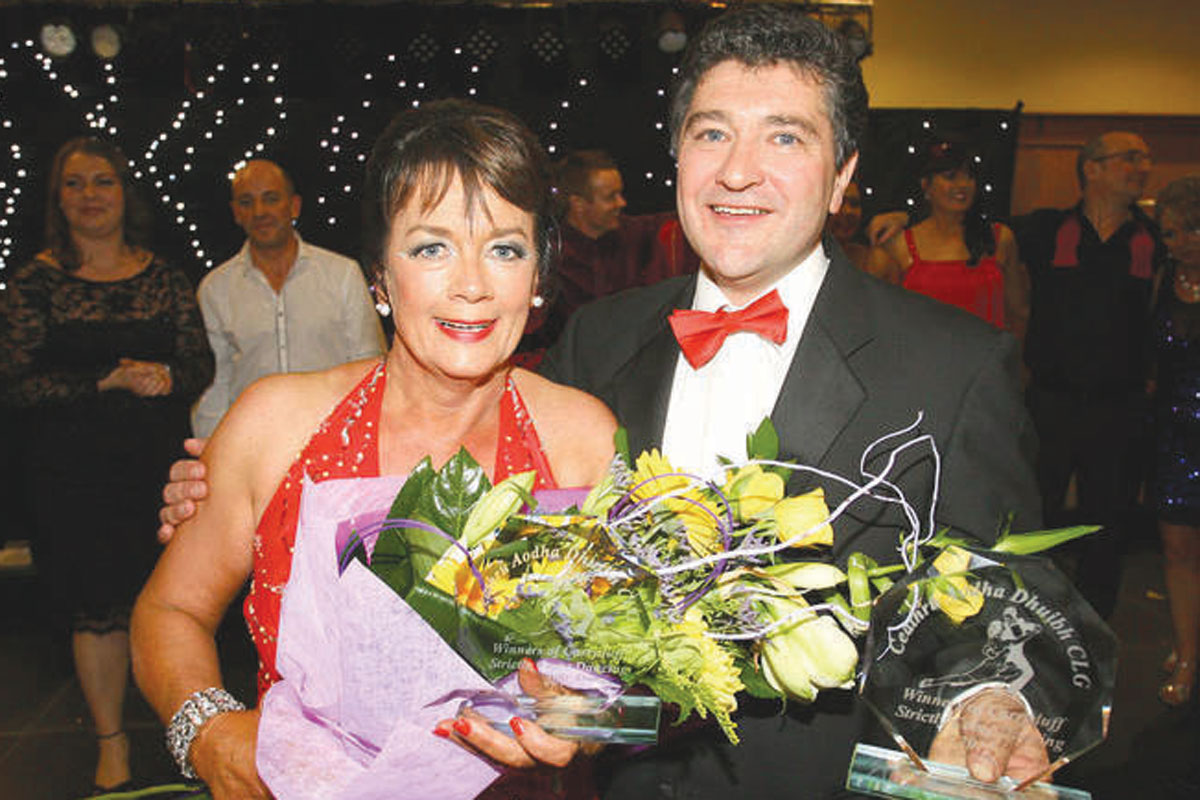 Carryduff GAC is celebrating 40 years of Gaelic games and culture at the South Belfast club. The celebrations commenced with the first ever ‘Strictly Come Dancing’ on 13 April, which was sponsored by Sentel Ltd.

A fantastic night was had by all at the La Mon House Hotel with over 700 people attending the event. The event was hosted by Connor Philips of Cool FM and judged by Barry McElduff (MLA), Lynda Bryans (broadcaster) and Michelle McTernan (MMM PR Consultancy), Mary Early and Eugene McNicholl were crowned dancefloor champions.

In excess of £14,000 was raised for the development of the club. A festival weekend with cultural events at the club will also take place on May 25/26. Finally, a gala dinner at the spectacular Titanic Signature Building on Saturday 13 October rounds off the anniversary celebrations.  Tickets are now available at £65 per ticket or a table of ten for £650.