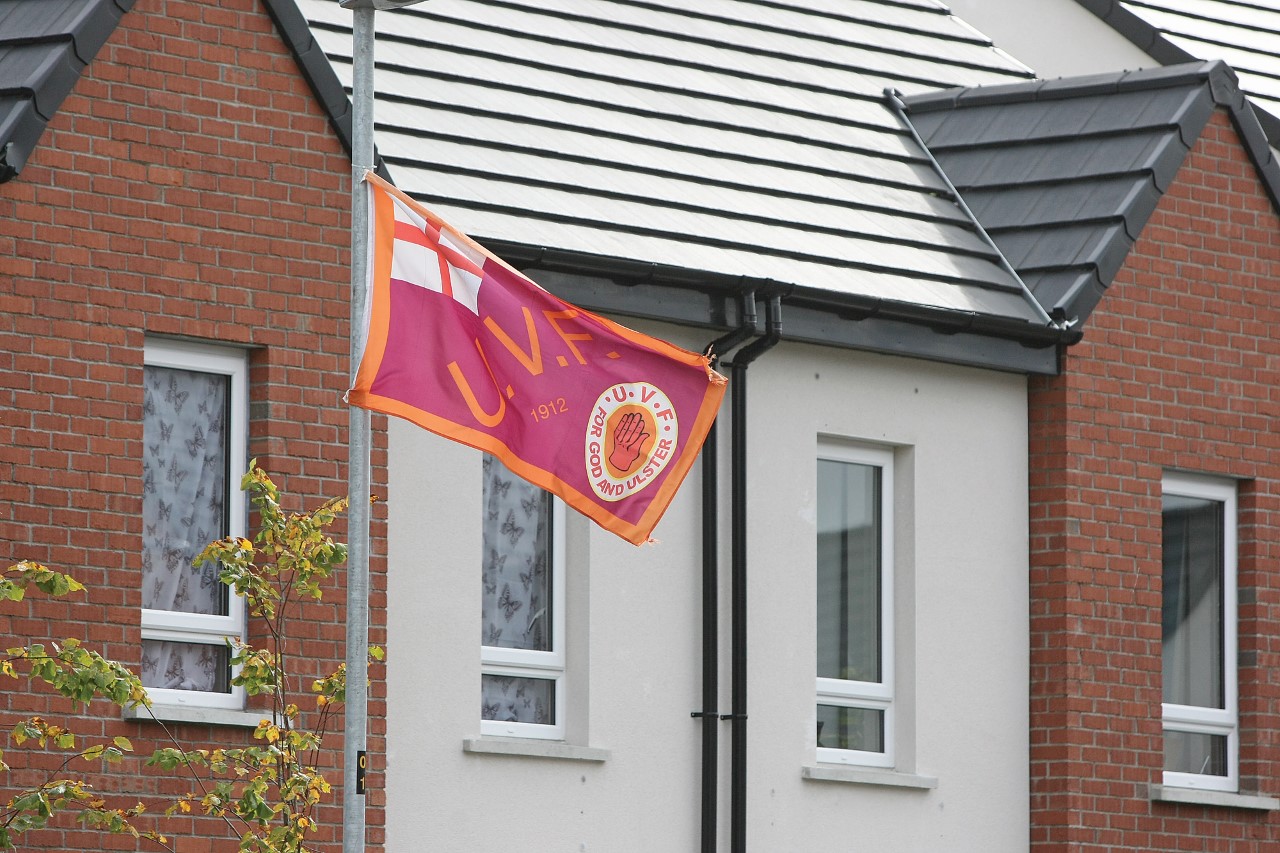 CATHOLIC families have been forced to flee their homes in the dead of night and present themselves as homeless to the Housing Executive after being ordered out of their South Belfast ‘shared’ neighbourhood under sectarian threat.
Police visited the residents in Cantrell Close off the Ravenhill Road around midnight on Tuesday and informed them of the threat from the UVF. The PSNI told the residents that a warning had been issued to them stating they were not welcome in the area due to their religion and if they failed to leave they would be under threat of violence. Cantrell Close is a housing development which is part of the Together Building United Communities programme. In the summer there was controversy when loyalist flags were erected in the area.
A Housing Executive spokesperson said: “A number of families in the South Belfast area have presented to us as homeless today claiming sectarian intimidation.”
The £13m Together Building United Communities programme aimed at unifying communities in mixed areas. The shared neighbourhood development was built by Radius Housing, and opened in 2015. Politicians have condemned the ‘appalling’ and ‘disgraceful’ threat to families in the area.
SDLP MLA Claire Hanna said she was ‘appalled’ adding that shared housing is “vital, possible and must be protected”.
Alliance MLA Paula Bradshaw urged those responsible to remove their threat.
“I condemn, without hesitation or reservation, the intimidation of residents in Cantrell Close in South Belfast,” she said. “These families moved into a mixed housing area with the expectation of a quiet and peaceful life.
“It is disgraceful that loyalist paramilitaries have threatened them with violence if they do not leave, and now more families in Belfast are homeless.”
Sinn Féin MLA Máirtín Ó Muilleoir has called on authorities to stand up to sectarianism saying that this ‘blatant sectarianism’ has no place in our society.
“This is meant to be a shared neighbourhood and it is completely unacceptable that people are being intimidated by the UVF in this day and age,” he slammed. “Some residents raised concerns with me earlier in the year when UVF and other flags went up around the development. They felt that this would heighten tensions in the area and Catholics in the area were fearful before the summer. People in the area are also very worried that the UVF were able to go about their activity in this manner.
“We need voices from within unionism to speak out and show leadership. We also need the authorities to take a stand against sectarianism in order to tackle this issue adequately.
“Just yesterday the PSNI announced a new taskforce to deal with paramilitary activity. We need to see action on this and a criminal investigation needs to be opened to bring these people to book.”
South Belfast DUP MP Emma Little-Pengelly has faced heavy criticism after she very publicly dismissed concerns about UVF flags being erected in the area back in June. She said the majority of residents she had spoken to “didn't want a public fuss around this matter”.
In light of the latest development the political representative said she is trying to ascertain “if or how credible” the threat is and who issued it
“All intimidation is wrong,” she said. “Any threat should be withdrawn immediately. I am offering help and will be contacting the housing association and PSNI,” she added.
Later in a joint statement with DUP MLA Christopher Stalford, they branded the intimidation ‘disgraceful’ and said those responsible “must be identified and face the courts”.
The PSNI have also come in for criticism for not preventing flags being erected throughout South Belfast this summer and for their handling of the current situation where they can’t protect families living in their own homes.
A spokeswoman for the PSNI said they do not discuss the security of individuals.
“However, if we receive information that a person’s life may be at risk we will inform them accordingly,” they added. “We never ignore anything which may put an individual at risk. No inference should be drawn from this.”