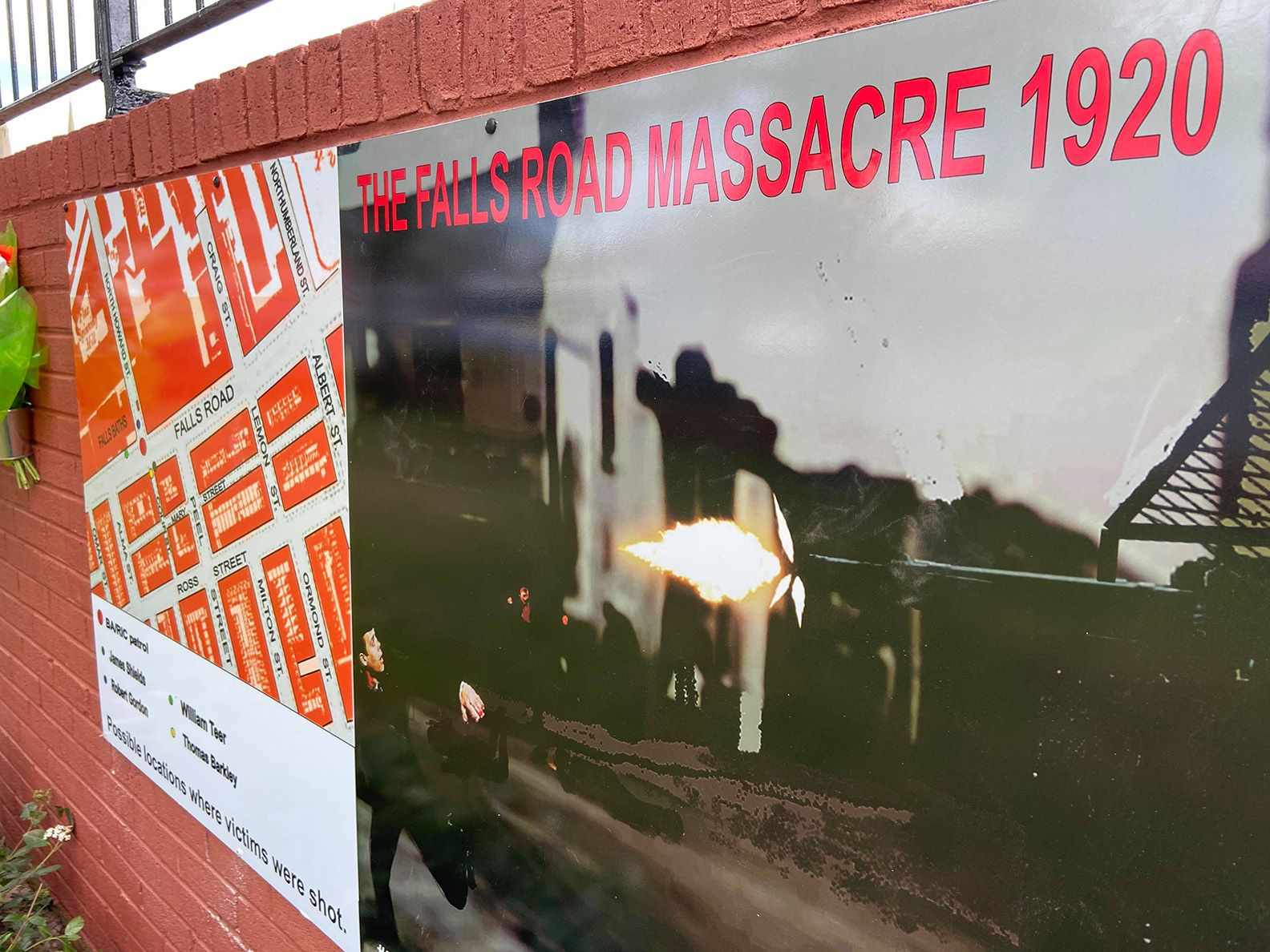 A NEW plaque and mural that commemorates four unarmed civilians murdered  on the Falls Road 100 years ago was unveiled on Monday night.

The incident, later known as the Falls Road Massacre, was part of a wider sectarian pogrom that saw almost 500, mainly Catholic, people murdered in Belfast between July 1920 and July 1922.

In the summer of 1920, the British government brought forward legislation to partition the country and unleased the Black and Tans. Catholics in the North were subjected to a wave of sectarian and political violence from both loyalists and state forces, who saw them as a threat to the union.

At 10am, on the day of the Falls Road Massacre, a joint British Army (BA) and RIC patrol left Springfield Road barracks and travelled city-bound.

At the Falls Road junction with North Howard Street and Colin Street there were some groups of local people standing about as the patrol passed by. The patrol turned at Northumberland Street and drove back up along the Falls Road when it suddenly stopped at the junction with North Howard Street and opened fire with rifles and a machinegun on the local people, killing two, fatally wounding two others and wounding several more.

The new mural dedicated to those killed during the Falls Road Massacre was created by a number of local artists, including local outfit, Gael Force Art.

Gerard Kelly, who helped spearhead the project and whose great uncle Jimmy Shields was amongst the dead, said: “It’s a way of educating people about what happened.

“We’re approaching the centenary of partition and people are walking on eggshells and they’re afraid to offend, but what we’re putting up is the truth.

“We have the court judgement on it, we have the coroner’s report, and we’ve got the news reports from the time.

“We’re handing it down to our children and grandchildren so that they will remember what happened.

“It’s important to remember what came before 1969 and what created the republican movement in the North.”

He added: “They were killing us well before then, and beating us out of the shipyards. People had enough of it in 1969.”