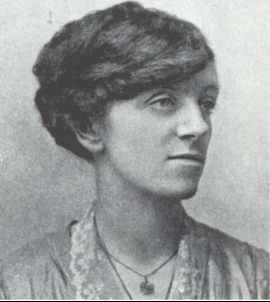 THE 1916 Relatives Association is hosting a wreath-laying ceremony to mark the 75h anniversary of the death of North Belfast woman Winifred Carney at her Milltown Cemetery grave.
As well as remembering Winifred’s passing, the ceremony, in conjunction with the National Graves Association Belfast, will also commemorate the centenary of women’s suffrage and the centenary of the groundbreaking 1918 General Election in Ireland.
As well as being aide de camp to James Connolly in the GPO during the 1916 Easter Rising, Winifred was an experienced political activist and trade unionist in her own right.
At the age of 24 she became the Secretary of the Irish Textile Workers Union and campaigned tirelessly to improve the conditions of the women working in the Belfast mills.
She was one of the founding members of Cumann na mBan and helped set up its Belfast branch, the only branch of Cumann na mBan where members learnt how to use guns and held target practice. In the 1918 General Election she was one of only two women to run for election – the other being Countess Markievicz.
In 1928 she married George McBride who was from a unionist background, a veteran of the World War 1 who joined the UVF when he was 15-years-old. George held true to his unionism and Winifred to her republicanism but they were united in their commitment to the cause of revolutionary socialism.
As part of the wreath-laying ceremony Winifred's 1918 election speech will be read by actress Roseleen Walsh who will wear a 100-year-old Cumann na mBan uniform for the occasion.
Historian Margaret Ward will give the graveside oration and a relative of Winifred's, Aisling Quinn, will sing the Foggy Dew and Bread and Roses. Another relative of Winifred's, Des Cassidy, will lay a wreath on behalf of the 1916 Relatives Association. A piper and colour party will be in attendance.
The wreath-laying ceremony will take place on Saturday at 11.30am at the graveside of Winifred Carney in Milltown Cemetery.