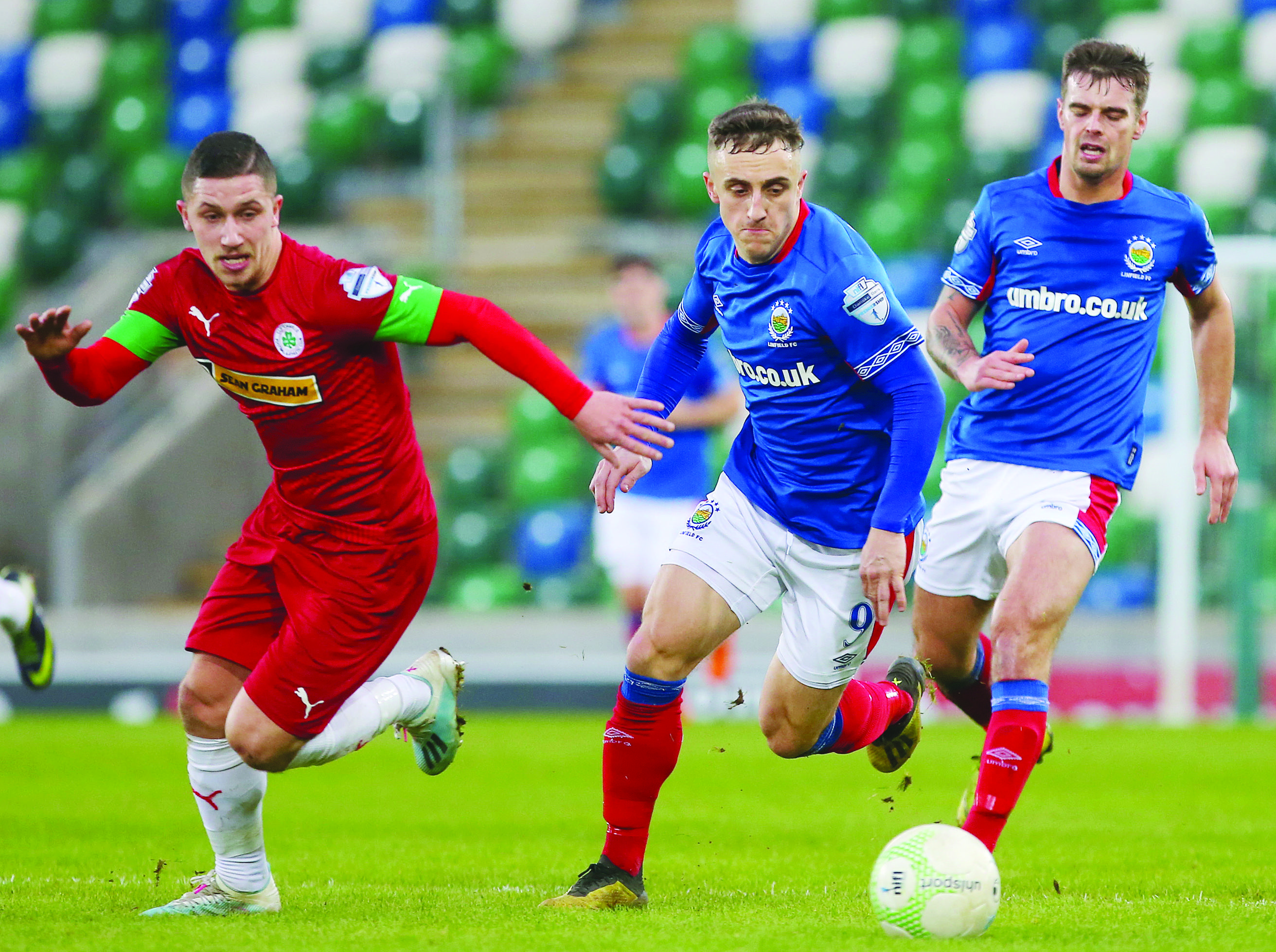 PADDY McLaughlin insists that last weekend’s results prove how competitive that the league is as the Reds prepare for a clash with champions Linfield.

Cliftonville travel across the city to Windsor Park on Saturday evening looking to build on their win over Portadown after a turbulent few weeks results wise.

David Healy’s Linfield were one of sides who suffered an unexpected defeat at the hands of Warrenpoint at the weekend, but McLaughlin believes a clash with Linfield is one of the toughest league fixtures.

“There are a few tough ones up there but Linfield is definitely up there with the toughest of them. They’re the league champions and they’re flying this year.

“We have to be at our best to come away with a result. It’s important we get the head down and enjoy the pat on the back for beating Portadown - it’s been a long time coming over the last couple of weeks. We won’t get too high when we win or too low when we lose. We’ll keep that in mind and we look forward to going to Windsor Park.”

The Reds head into Saturday’s clash after the back of a morale boosting 5-0 win over Portadown having previously gone three games without a win and McLaughlin was happy with how his side adapted to a change in formation and personal.

“The message was nothing really different to normal,” he revealed.

“We like to get control of the game as quick as we can and get people forward and I don’t think we were doing that at all in our starting position in the last couple of games.

“We were really, really unfortunate against Larne, playing against a real quality side and a title contender. We were beaten in injury-time and people were lashing the players for their performance.

“I thought their performance was excellent and work-rate, but our starting position when we were winning the ball was probably a wee bit deeper than we would have wanted. It was hard for us to be more creative in the final third with our wing-backs so far deep.

“It was a good performance (against Portadown) and hopefully that’s the start of our recovery now.”

January signing Michael McCrudden finally got off the mark in the league and would later secure a hat-trick much to the delight of McLaughlin who felt his front four attackers showed real quality.

“There is no doubting Michael’s quality,” said McLaughlin.

“He proved his quality and I thought we was excellent and linked up with Joe (Gormley) and Conor McMenamin and Chris Curran - I thought when the four of them attacked they showed real quality.

McLaughlin was also keen to praise the commitment of October signing Daire O’Connor and Joe Gormley for his all-round play- despite the strikers frustrations of not scoring of late.

“I’m delighted for Daire (O’Connor) as well and the two goals he’s scored, I don’t think people give him the credit for the commitment that he’s shown in coming to the club,” added McLaughlin.

“He’s leaving home in Cork and travelling to the other end of the county to come and do well for Cliftonville.

“We’re trying to get him minutes and trying to get him up to speed of things. He hasn’t played a lot of football over the last couple of months but he showed he has goals in him, pace to get away from people and like I say- the commitment that he’s shown to the club has been fantastic. I’m delighted for him because it’s  pay back for all the hard work and commitment.

“Joe (Gormley) is a goal scorer and strikers always want to score goals all the time. They get frustrated when they don’t and I thought he was excellent for us and led the line really well.

“It was just unfortunate that he didn’t score because it would have finished the day off well.  He’s assisting and bringing boys into play, which is something he’s added to his game over the last 18 months.

“As long as the team are scoring goals and winning, I’m sure he won’t be too worried whether he scores or not.”