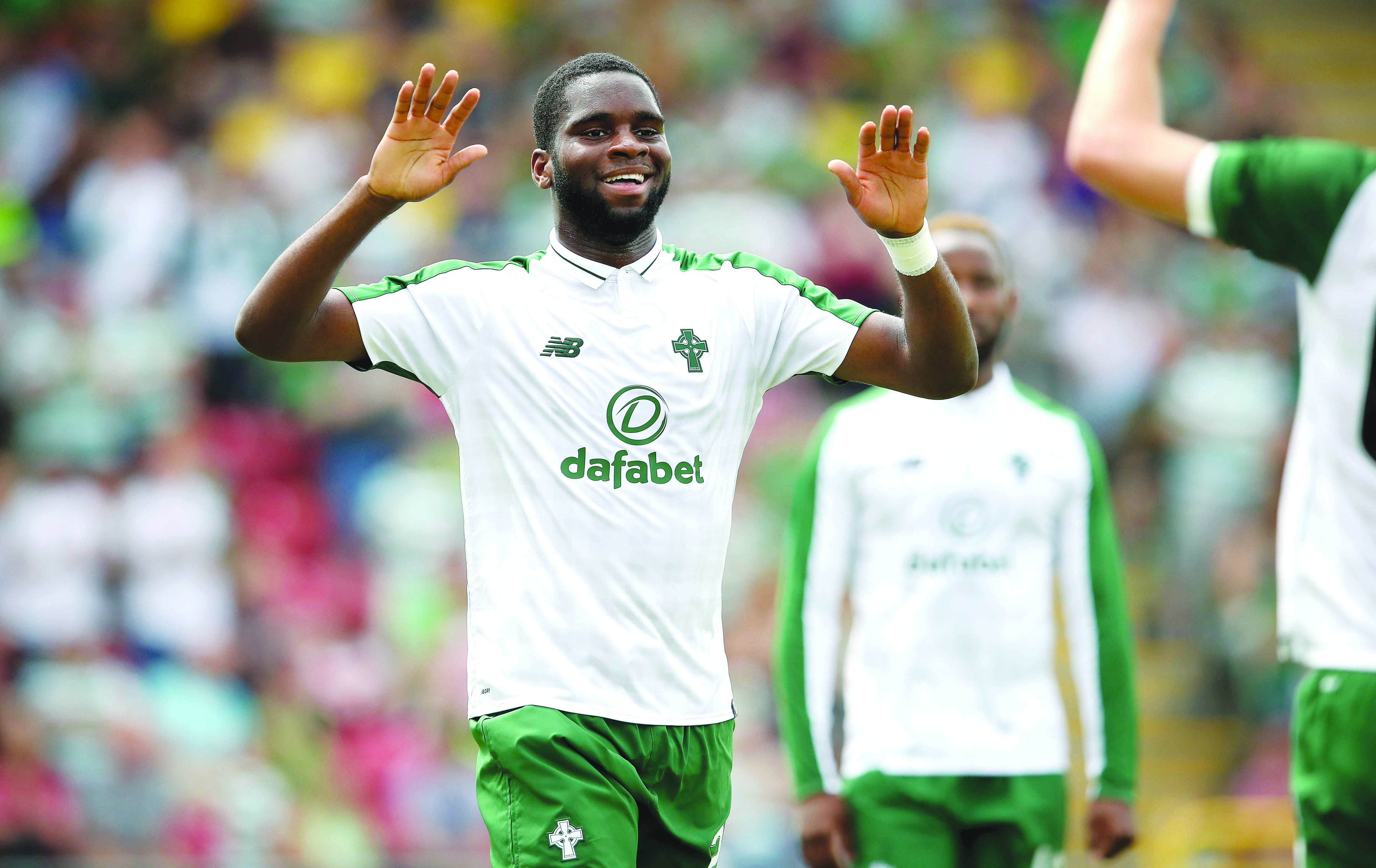 THERE is a definite feeling among the Celtic support that this season hasn’t fully got off the ground yet.

There have been some decent displays from the team, but the consistency just hasn’t been there up to this point and they haven’t been able to string even two wins on the trot so far.

The two games that they missed after Bolingoligate have only added to the interrupted nature of the beginning of the campaign.

It’s interesting to see the Celtic left-back being handed an immediate three-game ban by the SFA, but to be honest it may as well have been 30 as he’ll never kick a ball for Celtic again.

Domestically, the Bhoys have dropped points in only one game, the away draw at Kilmarnock, so in that respect they are doing no worse than their nearest challengers for the title this year.

Away performances have been patchy in the main while, in the league at least, at home they have been pretty dominant.

Unfortunately that wasn’t the case last Wednesday evening in their Champions League qualifier, with events on the pitch, and indeed what was said afterwards, painting something of a grim picture of what’s going on behind the scenes at Celtic Park.
Most observers, and I fully include myself in that, felt that Hungarian champions Ferencvaros would be a step-up in quality from KR Reykjavik but shouldn’t be good enough to stop Celtic progressing to the next qualifying round. How wrong we were.
The away side spelt out in the very early stages that they were there to win and not just make up the numbers, despite the bookies’ odds being very heavily against them.
Their forward line was filled with pace and with the skills to bamboozle Celtic’s defence, it didn’t take them long to open the scoring with a screamer from outside the box.

With that goal coming so early, the Hoops had plenty of time to get back into the game but the pre-match news that Odsonne Edouard was injured and would miss the tie left many wondering just exactly how the team would achieve that. Given that there were no recognised strikers on the pitch at the start of the game also raised the inevitable question of where the goals would come from.

Looking at the stats, it would appear that the Celts dominated the game with possession and shots heavily in their favour.

Watching events on the pitch, however, the team at no point looked in control and this display, and to a lesser extent, the one against Motherwell at the weekend, gave us a glimpse into a potential life without ‘French Eddie’.

It is not a particularly happy outlook and really should persuade the board to pull out all the stops to keep the ex-PSG man at the club for at least this 10-in-a-row tilt.

Despite Celtic’s continued possession of the ball, they failed to add to the equaliser they notched early in the first half and Ferencvaros, who always looked dangerous on the break, capitalised on some weak defending by the usually dependable Elhamed to allow Nguen to slot home the winner.

I try not to get involved with the anti-Neil Lennon nonsense that comes out of some people but his decision to leave his two partially fit strikers on the bench, with Ajeti only coming on after Nguen’s late goal, was baffling to say the least.

Given what was at stake in terms of Champions League riches denied to the club for the previous two seasons, it is hard to envisage that one or both strikers would not have been able to turn Celtic’s domination of the ball into goals.

However, if what happened on the pitch was disappointing Lennon’s comments after the game, when admittedly the emotions would have been running high, were rather more concerning than the Champions League exit.

The Celtic manager was clearly annoyed by the defeat and when interviewed afterwards proceeded to throw the players under the bus, something which hasn’t usually been his style.

His claims that some of them had been putting more effort into working their ticket out of the club than they have been doing on the pitch will have raised some eyebrows although Lenny was reluctant to name names.

It has been common knowledge for a while that Olivier Ntcham and Kristoffer Ajer have been looking for a way out of the club and it would not surprise me in the slightest if they got their wish sooner rather than later.

It begs the question, though, as to why Lennon has continued to play them, as they are precisely the type of player he referred to last Wednesday. But if they’re not going to put in the yards, why are the even on the pitch?

Both players, in my view, have misplaced ideas about how good they really are.
Ajer seemingly has all the attributes to be a top-class centre-half. He is tall, quick and good with the ball at his feet but in all honesty he is still a bombscare and can get rag-dolled by even the slightest attackers.

Ntcham again looks the part and can pass, shoot and drive the game when he’s in the mood. Unfortunately, he’s only in the mood once in every five or six games.
Both of these guys are absolutely expendable and if their showreels have fooled someone sufficiently to offer big bucks for their services then they should be shown the door post haste. Their lack of commitment can only hurt the club so it would be better to let them go and take the money.

When the dust settled after Wednesday, we eagerly awaited the line-up for Sunday’s home game against Motherwell to see if Lennon would act on his comments and bin some of his under achievers.

When he elected to once again play the same 11 with no strikers on the pitch the bewilderment among the Hoops’ support intensified. This is simply not the time to be playing mind games with the board, the fans and the players themselves.

Ryan Christie illustrated last week that he was not up to the task of lone striker, but Lennon seemed almost bloody-minded in his insistence in starting him there again against Motherwell.

For long periods it seemed that the Bhoys would struggle to break down their combative opponents and indeed it was only when Klimala and the Ajeti came on that the team achieved a bit of balance.

The victory by three goals to nil was comprehensive enough but without Edouard there is definitely something missing.

Ajeti has already shown a real eye for goal, scoring again last Sunday, and Klimala is still raw but can certainly influence games.

However, if Eddie is one of the players Neil Lennon suggests is angling for a move away then we could be in for a disappointing campaign this year. He really is that important to the realisation, or otherwise, of 10-in-a-row.