CR Gas book is set to be launched 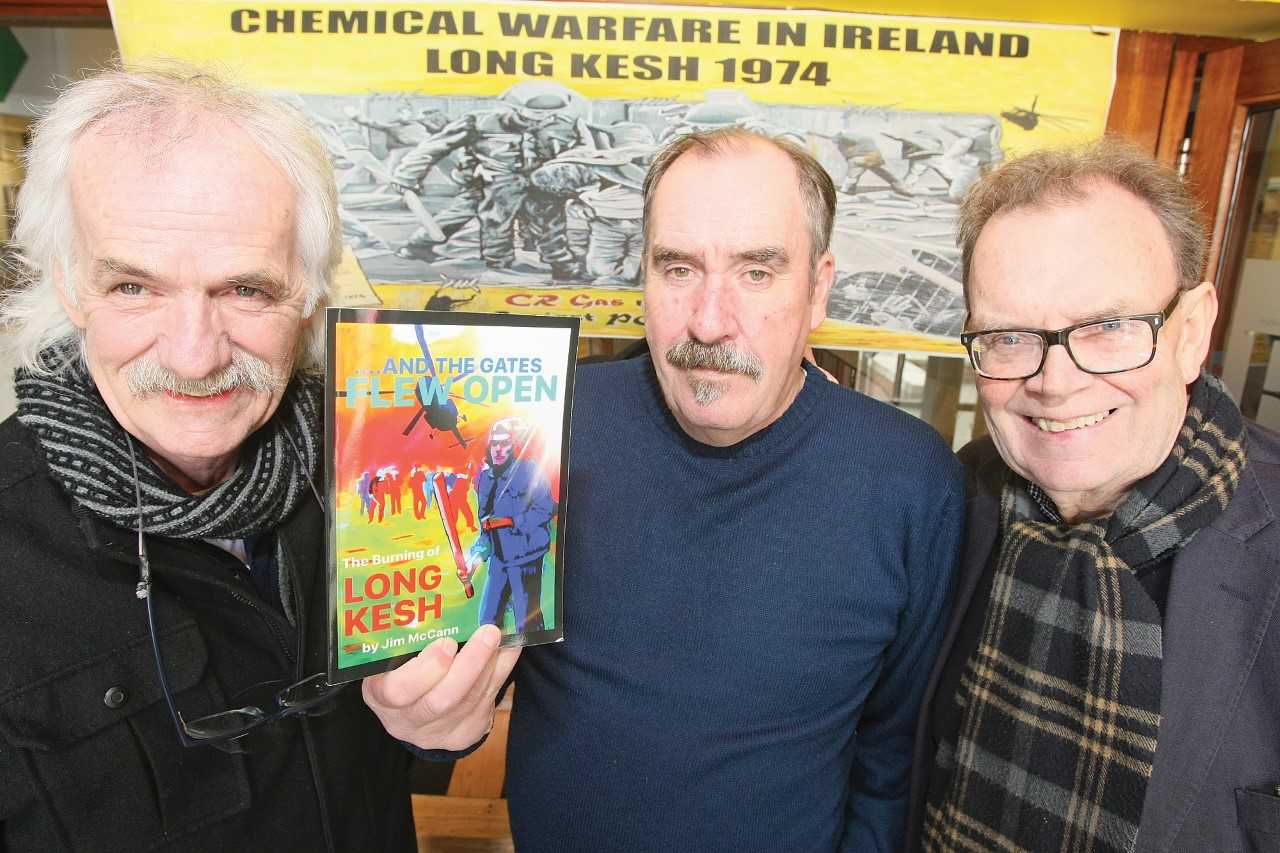 ON SALE NOW: Danny Devenny and Tom Hartley with Jim McCann who is launching his new book on Saturday

FOR several years West Belfast man Jim McCann has campaigned for the truth behind the British Army attack on prisoners in Long Kesh in 1974 and remains convinced – despite the denials of consecutive British governments – that the lethal CR gas was used to subdue rioting republican prisoners.
The ex-prisoner recalls the events of October 1974 vividly in his book ‘And Then the Gates Flew Open: The Burning of Long Kesh’ which will be launched in Cultúrlann McAdam Ó Fiaich on Satuday.
“The first part of the book is called ‘My Struggle’, and I promise its not as pretentious as it sounds but if you read it you will see that,” he laughed. “The second part focuses on the battle of Long Kesh, which was the single largest engagement between Irish republicans and the British Army since 1916.
“Republican PoWs were being constantly harassed by the prison authorities so we took action burning the cages and taking over the camp. Over two days of fighting between the PoWs and British Army intensified; the prisoners were driven into the playing fields at the centre of the camp. It was there that the helicopters that the SAS brought or commandeered flew overhead and dropped these little cluster bombs of carcinogenic gas, they were all over the place. It attacked the central nervous system and I was completely incapacitated. You fell to your knees and it felt like sharp firey metal ripping through you. Bodies piled up against the fences and you just remember being dragged from the pile.
“Had they have opened up with machine guns the world’s press would have stopped everything and flocked to the scene,” he said. “Instead a cover up ensued. In the intervening years Jim started a research and victim support group into the use of CR gas in the north of Ireland. He revealed more than 50 men, including many who led healthy lifestyles, have since died or are suffering from cancer since exposed to the toxin.
The book contains images of the riots, which have only surfaced decades later through social media but Jim relied on fellow ex-prisoner Danny Devenny to illustrate the cover of his book and depict what they witnessed on the pitch.
Danny Devenny said: “I am happy he’s released the book. I think it’s something that needs to be told. This gas was used in the take-over of the opera house in Moscow in 2002 (when over 250 people died). I believe it was a chemical derived from the CR Gas and it was so potent then because it was used in-doors in the theatre. Because we were subjected to the chemical weapon in a football pitch in Long Kesh we survived,” he suggested.
The launch of the book will take place at the Cultúrlann at 11am on Saturday April 14.