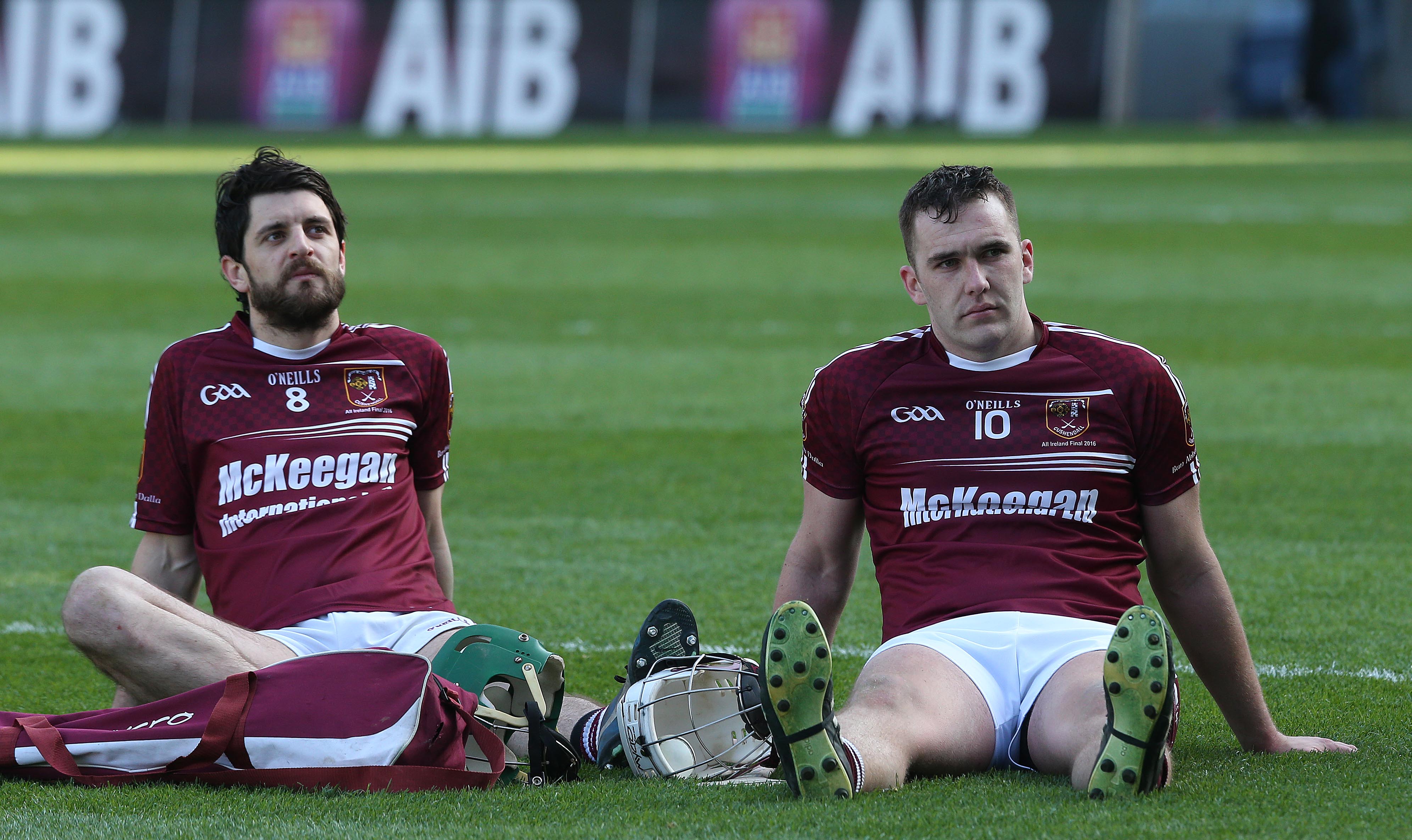 CUSHENDALL suffered a heartbreaking 11-point defeat at the hands of Na Piarsaigh at Croke Park yesterday as their dreams of All-Ireland glory were shattered by the rampant Limerick side.

The Antrim champions were outplayed all over the pitch as their opponents ran riot in Croker.

In truth, Cushendall never fully recovered from a disastrous start which saw them concede a goal inside the first minute of the game.

Adrian Breen’s early major gave the Limerick champions the perfect platform and some stunning long-range points allowed them to build up a strong lead.

With Alan Dempsey, Shane Dowling and David Breen splitting the posts with exceptional points, Cushendall needed to capitalize on the few chances they did create.

However, both Neil McManus Alec Delargy were guilty of passing up a handful of scoring chances. Cushendall’s inefficiency was in stark contrast to Na Piarsaigh.

By the time corner-forward Kevin Downes bagged a second goal on 26 minutes, the game was already slipping away from Cushendall, who trailed 2-12 to 0-6 at the break.

Second-half goals from Neil McManus and substitute Karl McKeegan helped take the bad look off the scoreboard but it was scant consolation for midfielder Shane McNaughton, who finished the game with 0-4 from play following a fine individual performance.

“I’ve never been in a situation where I’ve been in an All-Ireland final, I don’t really know what to say.

“The problem, with that early goal, was that we were on the back foot straight away.

“At Croke Park on the back foot, there’s just so much space, it’s hard to fight your way back from that.

“That first goal just kind of sunk us nearly and then the second was the same again, it just knocked the heart out of us a bit.”

The famed Cushendall resistance saw them break even in the second half. However, after rousing comebacks against the likes of St John’s, Ballycastle and Slaughtneil earlier in the campaign, the Ruairi Og’s simply couldn’t peg back their Munster rivals.

Despite going into half-time 12 points in arrears, McNaughton insisted he never doubted Cushendall’s ability to get back in the game.

“We know we’ve been there before,” said McNaughton.

“We knew we’d have to go somewhere we hadn’t been before if we were to win that game, and we just couldn’t get to that place. It’s different when you go over the border. There’s Allstars in that team and you saw with (Kevin) Downes and (Shane]) Dowling, when you give them space, every shot just went over the bar.

“The Slaughtneil game was obviously very physical and it was the best game we were part of all year because of that, but out there you have that space.

"Those boys are used to playing in Croke Park every other week. They were just at the races today and we weren’t.”