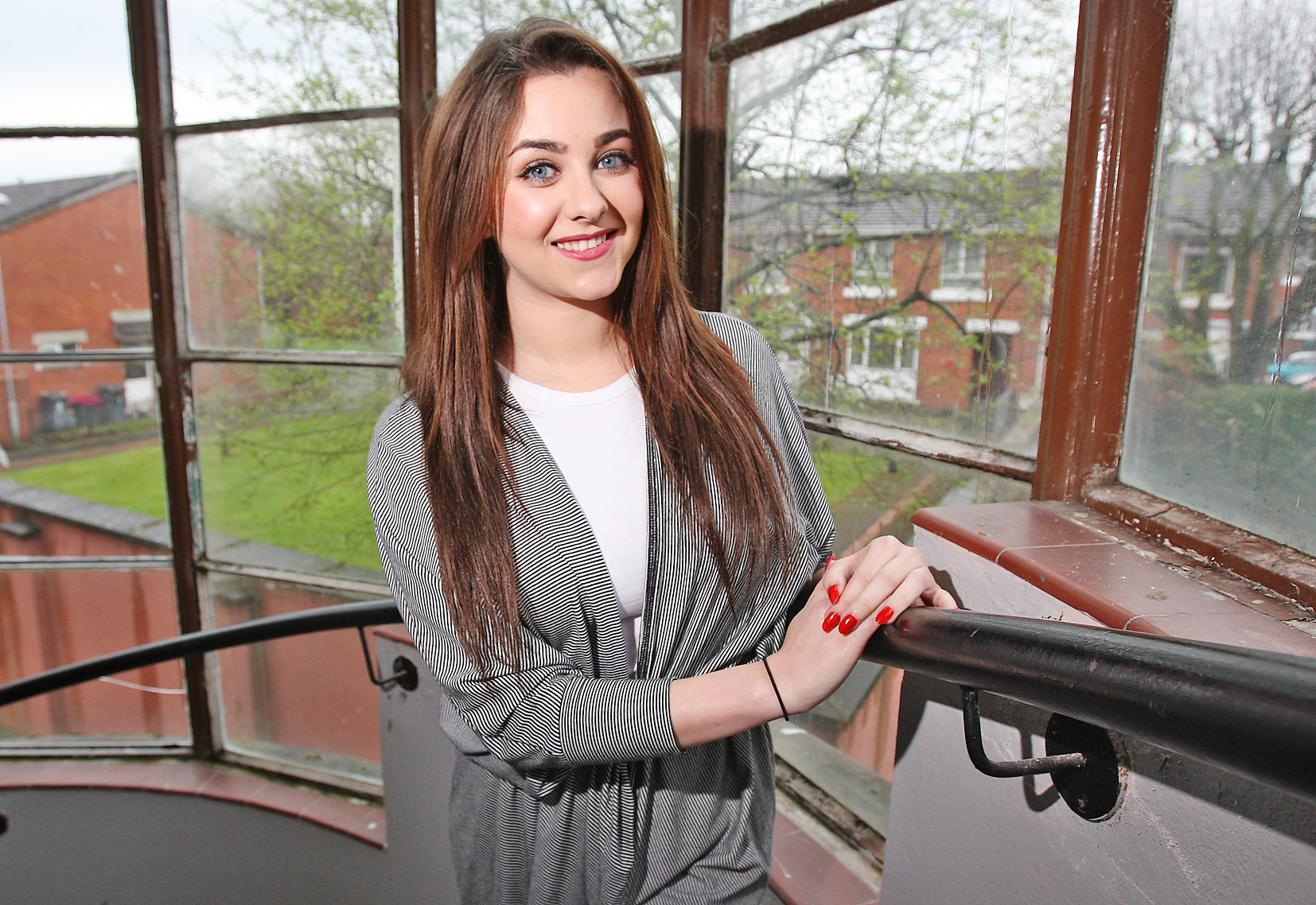 A cast of 300, 3D holographic sounds, choirs and even the barnacled remains of a shipwreck are set to delight audiences for a mammoth re-imaging of William Shakespeare’s The Tempest.
Taking centre stage at Belfast’s industrial cathedral, T13 in the Titanic Quarter, the in-the-round production will form part of Shakespeare’s 400th anniversary celebrations when it runs from April 20 to 23 for a limited number of performances.

Set on a remote island, the Bard’s tale has flashes of magic throughout as it tells the story of the sorcerer Prospero, the rightful Duke of Milan, who plots to restore his daughter Miranda to her rightful regal place. Conjuring up a storm – The Tempest – Prospero lures his brother Antonio and King Alonso of Naples to the island where historic wrongs are ultimately righted.
Landing the coveted role of Miranda, 22-year-old former St Genevieve’s High School student Debra Hill told Daily Belfast that the work going into staging the Belfast Tempest is “phenomenal.”

“The cast itself is on an extraordinary scale,” explained Debra, “we have professional actors, community actors, all coming together with groups from across the city to stage this. I’m in the middle of my final year studying Drama at Queen’s University and saw a lot of activity on social media about the part of Miranda. I was the middle of directing my final play at Queen’s and kept putting it off and putting it off when it came to uploading my audition.
“At around 2am one morning I just opened the laptop and uploaded a monologue, a scene from Macbeth as Lady Macbeth, and thought that the feedback would be worth it even if I didn’t get through.”

In fact, Debra was invited to another round of nerve-racking auditions at the Crescent Arts Centre.

“I had to read a particular part of the play when the character of Miranda spots the character of Ferdinand and realises she is in love with him, but I had to act this out with a pole,” she laughed.

“I got down to the final three and was asked to come down to T13 to see how we would cope with the staging. I only found out two weeks ago I had got the part and I’m just delighted.
“The cast will be delivering the lines in the Belfast brogue. T13 is an amazing facility, the space is just unbelievable inside. So far it’s all been a bit of a whirlwind, everybody involved as been so good and for me emerging through I’m just so excited to get on the stage and get going.”

Debra spoke of how acting has always been her main focus since “growing up in the Rainbow Factory” and landing the lead role of Oliver Twist when she was a First Year at St Genevieve’s.
“I think everyone remembers me there as ‘wee Oliver’. My goal is to branch out, go to London, as acting is the route that I really want to go down. There is a great buzz about Belfast Tempest, audiences will not have seen anything like this before, it’s set to be a real in-the-round, authentic experience.”