Despite British government apology for killing, soldier maintains that shots were fired from dead man’s vehicle 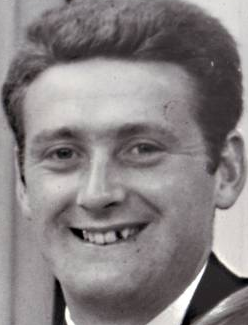 AN UNNAMED former member of the Parachute Regiment maintained that he believed he was under fire when a colleague shot and killed an unarmed man in Belfast in 1971.

An inquest into the killing of Henry ‘Harry’ Thornton (28) outside Springfield Road barracks yesterday heard that the ex-soldier giving evidence, referred to in court as Soldier C, did not fire the shots that killed Mr Thornton. But the man told the inquest he believed that a passenger had pointed a weapon out the passenger window of the van that Mr Thornton was driving and fired twice.

Three years ago the British government wrote a letter to Mr Thornton’s widow, Mary, apologising for the killing and stating that he had been “an innocent man”.

The soldier giving evidence said he had been on duty in a watchtower outside the station and had witnessed the shooting in which the Crossmaglen man died.

Giving evidence from behind a screen, he said he didn’t believe that the sounds he heard were the van backfiring, claiming that the noise was different and that in addition he had heard the distinctive sound of gunfire passing him.

Harry Thornton died when a soldier opened fire on the van he was driving on the evening of August 7, 1971.

Soldier C denied a claim by counsel for the Thornton family that he had been telling “lie after lie”.

The inquest into the death of Mr Thornton has been dogged by delays both in locating army witnesses and persuading them to give evidence.

The shooting of Mr Thornton sparked serious rioting in West Belfast. Days later the Parachute Regiment went on a rampage in Ballymurphy in which 11 people were killed.