WE SAY: Schools showing first-class example as diversity is championed 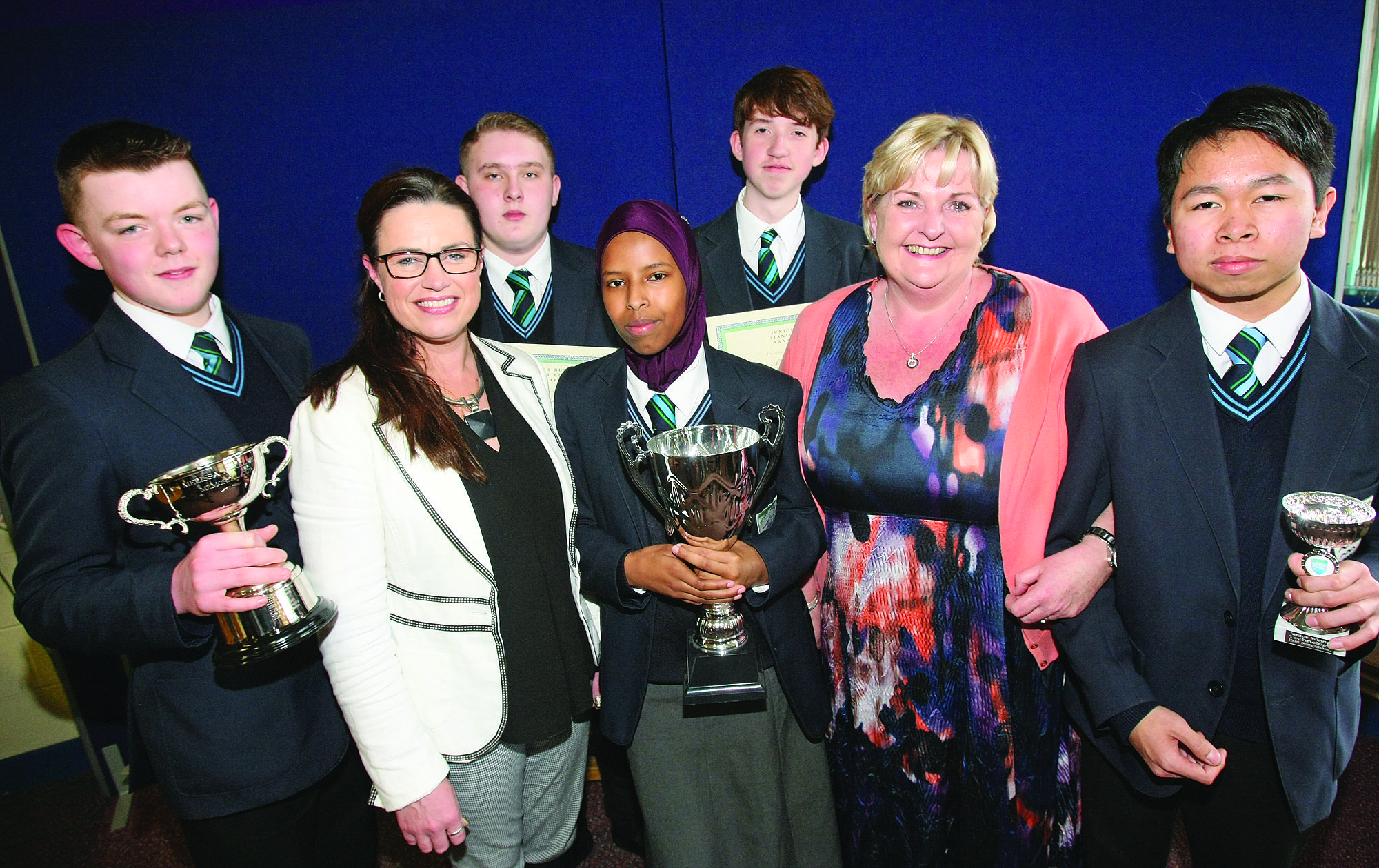 THEY say the future belongs to those who can imagine it.

If that’s the case, then the diverse future being imagined right here, right now, has the potential to be very bright for Belfast. That’s because across progessive Belfast neighbourhoods, diversity is being championed and the ‘New Irish’ welcomed.
Nowhere is that truer than in the west of the city.

Indeed, it’s no accident that so many Syrian refugees have made their home in West Belfast for they know that there their suffering is understood, their faith respected and their heritage held in high regard.

Indeed, special plaudits must go to Malone College and the new All Saints school, where, by welcoming newcomers, teachers have really captured the spirit and the potential of these exciting times.

Likewise, it is understood by political and community leaders in the west that these new citizens of Belfast bring with them the genius, the talent and the sheer endeavour that will drive the city forward.

The evidence is there for those who wish to see it.

In Toronto, frequently voted greatest city on earth by the readers of The Economist, fully 51 per cent of the populace was not born in Canada. That’s proof of the newcomer as a catalyst for prosperity.

That fact is recognised especially in our schools, where pioneering educationalists have rolled out the red carpet for asylum-seekers, refugees and others from faraway lands.

Indeed, special plaudits must go to Malone College and the new All Saints school, where, by welcoming newcomers, teachers have really captured the spirit and the potential of these exciting times.

The results demonstrate that this generous approach brings positive results. For, rather than hold back their peers who were born in Belfast, these newcomer children, keen to achieve and to do well in their adopted city and country, are driving up overall attainment levels. So, being an open, welcoming community is not just following the basic Biblical principles, but it’s also beneficial in the development of communities with the human capital and the capacity to push ever-forward.

Sadly, those self-styled community leaders in other parts of Belfast who harass and harry people of colour and who make their streets and estates a cold place for the refugee, are the real losers. The miscreants behind the ‘local homes for local people’ campaigns, which have marred some areas, don’t have the intellectual wherewithal to understand that in driving away the immigrant or the stranger, they are simply dragging ‘their community’ backwards. Or else, they just don’t care.

Diversity, tolerance, and multi-culturalism are, therefore, causes which all of us, including this newspaper, should fight for.

And yet it’s a fair bet than when the founders of the Andersonstown News gathered for the first time 50 years ago, they never thought that among the religious festivals that would feature in these pages – or the North Belfast News – would be Ramadan. Now, however, we’re proud to say that the holy feast of Ramadan (which started this week and which involves a sunrise-to-sunset fast for 30 days) is very much a part of our community calendar. Indeed, we commend to our readers a special guest column from the Belfast Islamic Centre featured in our pages this week.

So when we imagine a future Belfast, we envision a city which embraces all faiths and all colours. A city where the Muslim greeting of Salaam Alaikum is just as common as Dia Duit — and equally welcome.