WE SAY: Don’t be misled by con-merchants 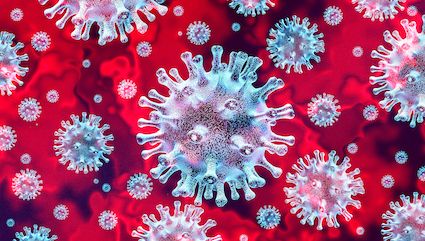 ONLY a fool, or someone who is feverish, would expect government leadership in a pandemic to be flawless.

In a complex and often confusing  coronavirus landscape therefore, directions from the top can also be complex and confusing.

And that, of course, is where commonsense steps in.

Rather than try to pick holes in each directive in a what is a fast-moving and fluid battlefield, it would be better if we all — and those in the media who really should know better – were to ensure that we acted responsibly at all times with the aim of preventing further spread of this pernicious virus.

Perhaps if our first thought was to be what will best keep the elderly and immuno-compromised safe rather than can we sneak another three people into a family party, the greater good might be better served.

However, none of the above is to excuse the Executive for failing to identify ways to keep the public up to speed with Covid protocols which can change at a dizzying clip.

The reality is that, despite the siren voices on the shock-jock radio shows, the vast, vast majority of the public are wholeheartedly invested in the Executive’s safety-first advice and content to abide by the restrictions – as long as they know what they are at any given point.

In that regard, it’s a mistake of the Executive not to use the local community networks — and, indeed, community newspapers — to amplify their messaging. No fewer than five jurisdictions with varying Covid rules (and that doesn’t include the Isle of Man) are feeding into our newsfeeds with Boris and his buffoons having an outsize influence on the media coverage of the crisis.

More mature readers will remember that during the hunger strike of 1981, a simple board on a Falls Road wall was changed every day to record the progress of the prison fast. In these days of email and icloud, Zoom and WhatsApp, surely the latest information can be made available to the populace on a rolling basis?

We might add that the Executive could take the lead of DUP-controlled Mid and East Antrim Borough Council and take the middle pages of the local newspaper to spell out the latest guidance AND encourage the community to shop local in order to keep the wolf from the trader’s door. We refrain from giving that advice, however, for fear of being accused of paddling our own canoe – even at a time when local newspapers are suffering a revenue drop of 50 percent due to the pandemic.

Confidence in the self-appointed wise men of Westminster is at an all-time low. Boris’ latest gaffe, where he mispoke about the ‘rule of six’, only proves what most people here already know: the British Government is as useless in this Covid hurricane as a chocolate fireguard.

As a community, we’re no strangers to hunkering down and bearing heavy crosses. There is no doubt that this community, in face of an implacable enemy which will not be easily vanquished, is ready and willing to step up yet again.

All they ask in return is that those who are at the helm in these troubled times act at all times when tackling Covid in the interest of all rather than allow themselves to be misled by the con-merchants of Number 10.