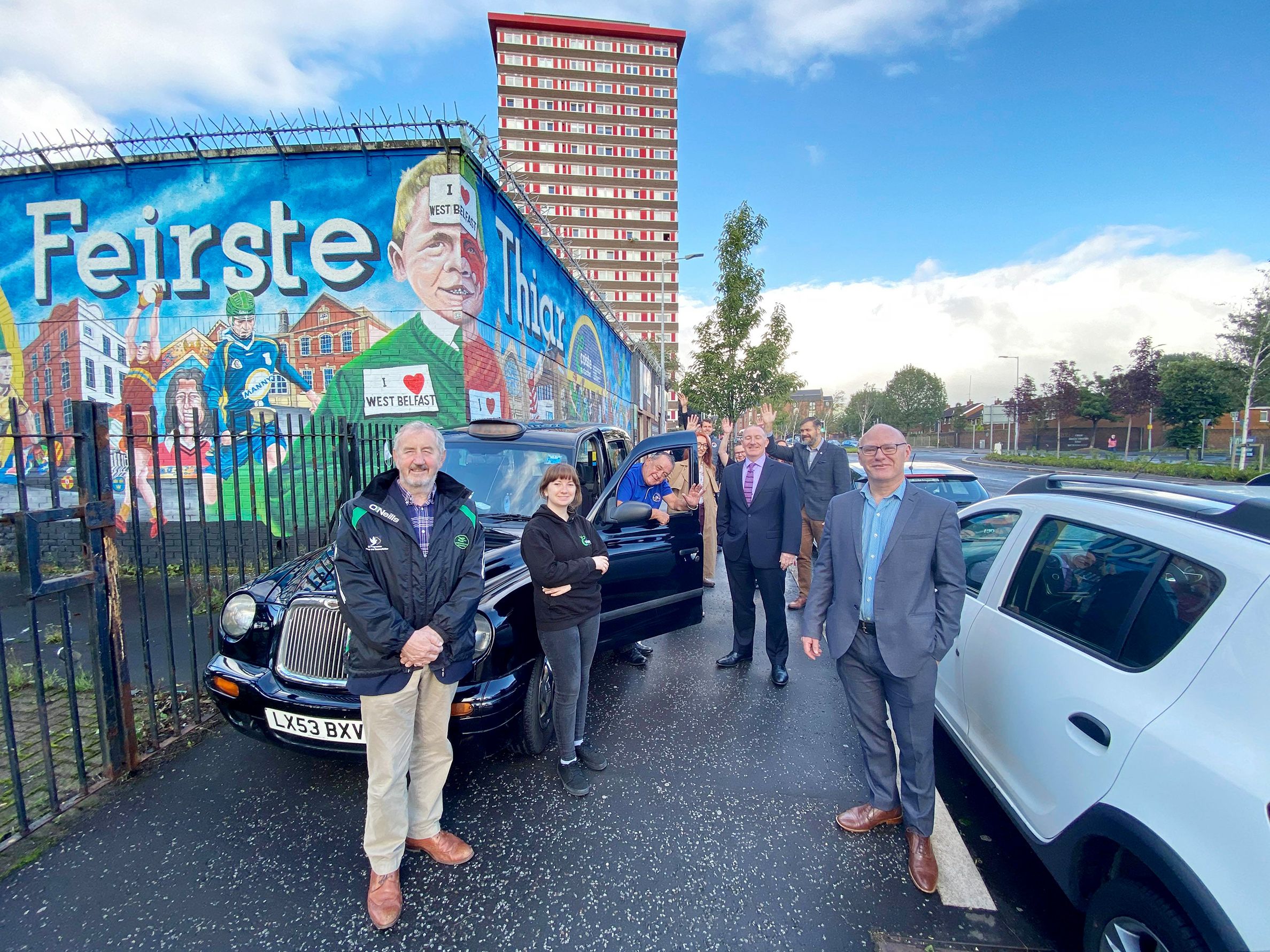 Coiste Irish Political Tours has won the 2020 Trip Advisor Travellers’ Choice Best of the Best Award, placing them in the top 10 per cent of attractions worldwide.
Taxitrax Black Taxi Mural Tours has been awarded second in the world for Cultural Experiences, fifth in the world for Travel Experiences, and first in Ireland for Travel Experiences, as part of the Wild Rover Tours North of Ireland Highlights Day Tour, of which its Black Taxi Mural Tour is an integral part.

These prestigious awards from the world’s largest travel platform shows how local tourism is having a global impact.

“I want to give my congratulations to Coiste Irish Political Tours and Taxitrax Black Taxi Mural Tours on winning these Trip Advisor awards,” he said.

“To be included in the top attractions worldwide is a major achievement.”

He added: “We look forward to working with Fáilte Feirste Thiar, Coiste, Taxitrax, and all our partners as we move forward together to safely reimagine and rebuild the city’s visitor economy."

A delighted West Belfast MP Paul Maskey, who is Chairperson of West Belfast tourism organisation Fáilte Feirste Thiar, said: “For many years now, Taxitrax and Coiste have worked extremely hard to build up their tours.

“Their tours now attract almost 100,000 people in total to West Belfast on an annual basis.

“To win these Trip Advisor awards is simply outstanding and absolutely deserved, and I have no doubt that both tours will continue to become even more popular in the time ahead.

“There is major interest globally in hearing the political and historical story of West Belfast and Ireland and these tours provide that with a first class service.”

“We had over 18,000 visitors from all over the world on our tours last year and it’s a great to know that we have had such a positive impact on tourism here in Belfast and in Ireland,” he said.

“As we start to gradually re-open following lockdown, it’s a great boost to know that people have enjoyed learning about the history of Belfast through our tours. We’re really looking forward to welcoming people back to the city in as safe a way as possible.”

Brian Barr, spokesperson for Taxitrax, said: “We are delighted that the North of Ireland Highlights Day Tour has been recognised by the world’s number one travel platform, Trip Advisor, in this way.

“We have worked closely with Wild Rover Tours for several years now and we are proud to be an integral part of the Day Tour.

“Each year as part of this tour, Taxitrax brings tens of thousands of tourists from across the world to the Falls and Shankill Roads to view the famous murals and to visit the Peace Wall.

“The tour then goes up the north coast to the Giants Causeway and to Carrick-a-Rede Rope Bridge. That it is ranked second in the world and first in Ireland by Trip Advisor is an incredible achievement.

Director of Fáilte Feirste Thiar, the West Belfast tourism organisation, Harry Connolly, said the awards were “a massive success story for tourism in Ireland, and for West Belfast.”

After a record year in 2019 for tourism in West Belfast this is more great news, and Fáilte Feirste Thiar will continue to work with both to build on all these achievements,” he said.