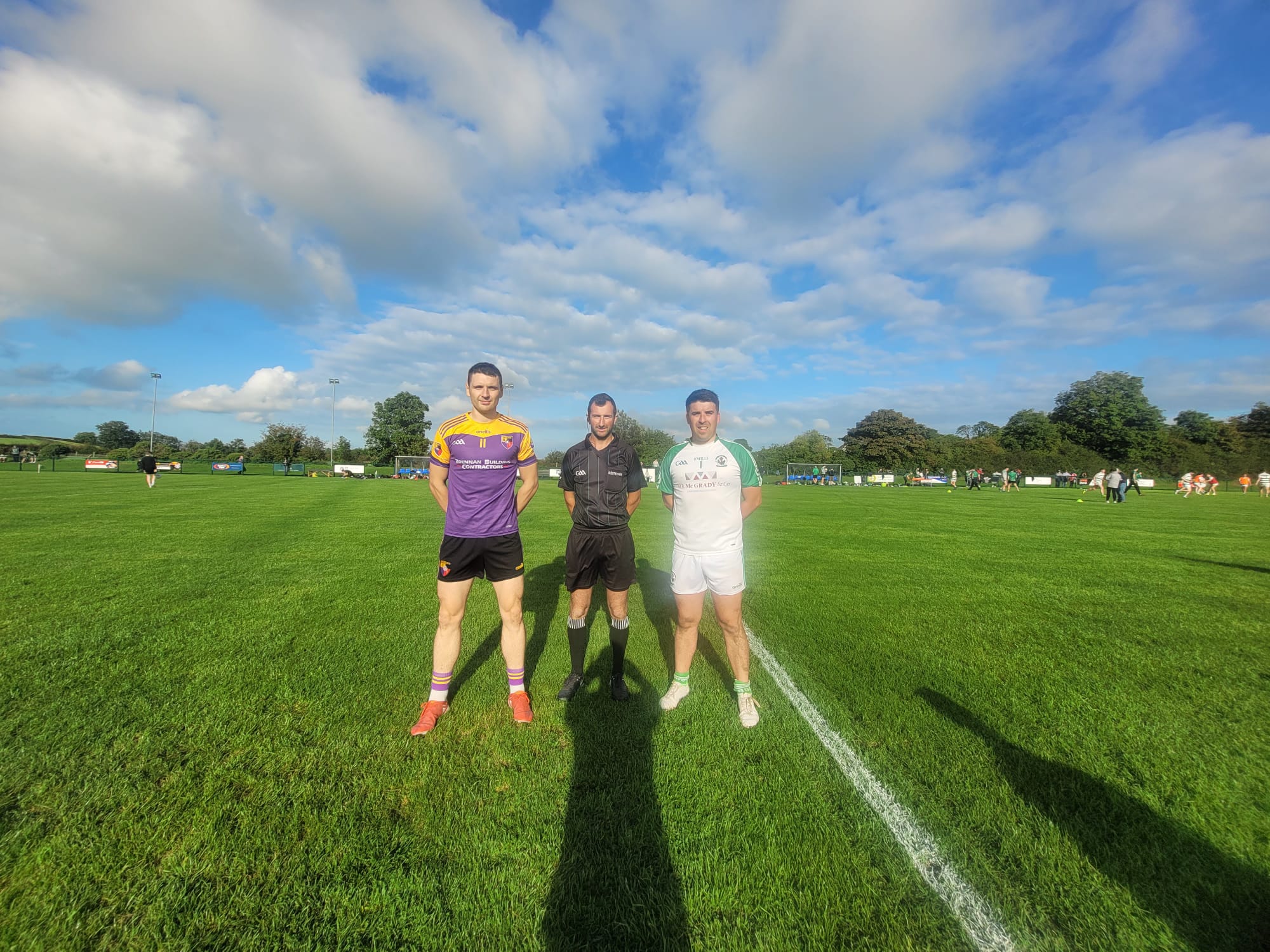 CARRYDUFF will have to go the scenic route again if they are to return to the latter stages of the Down Senior Football Championship following Saturday’s four-point loss to Downpatrick RGU at Darragh Cross.

The concession of three first half goals undermined the challenge of DJ Morgan’s side who suffered a major blow before throw-in with confirmation that leading attacker Ronan Beatty wouldn’t feature.

With raiding wing-back John McGeough also sidelined with a knee injury, Carryduff needed to be at their best against a Downpatrick side laced with present and former Down players.

Indeed, Caolan Mooney, who transferred from Rostrevor to Downpatrick at the beginning of the year, was a constant threat and is blistering runs from deep set up numerous scores for his colleagues while he scored two points himself.

Carryduff also lost their first round tie last year to Clonduff and regrouped to make it all the way to their first ever county final appearance and they’ll be keen to have a say in this year’s Championship in the coming weeks.

A brace of frees from Jarlath Brannigan got Downpatrick off the mark before John Connery opened Carryduff’s account with a stunning point from play.

With eight minutes gone, the game was level when Cian Clinton split the posts with a cracking point from long-range before Conor McCarron replied for Downpatrick.

Carryduff took the lead for the first time in the game with back-to-back scores via Daniel Guinness and Joe McFlynn, but their defence was opened up with some excellent passing for Downpatrick’s first goal.

Mooney and Brannigan were instrumental with Oran Cunningham applying a fine finish to the move to put his side 1-3 to 0-4 ahead.

Carryduff hit back with a point from James Guinness and they were back on level terms on 16 minutes when Clinton converted a free.

However, Carryduff soon were rattled by the concession of another goal. Wing-back Conor Doherty clipped over a free to nudge his side ahead once more before Cunningham hit a shot from distance that looked to be heading wide of the post.

Yet, the ball curled and dipped under the crossbar with Carryduff ’keeper Mark Hynes losing the flight of the ball in the strong evening sun.

Worse was to come for Morgan’s side as they were hit for another 1-2 before the break.
James Guinness scored moments after the second goal, but Downpatrick were on the front foot and extended their lead with classy scores from Gerard Collins and Mooney.

With four minutes of the first half remaining, Downpatrick struck for their third major with Johnny Bell setting up Conor McGrady for a well-struck goal.

A Daniel Guinness point reduced the arrears to seven at half-time and the South Belfast side began to chip away at the deficit from the start of the second half.

They might have plundered an early goal when James Guinness fired wide of the target, but he failed to spot Joe Tunney was unmarked inside.

McFlynn converted two frees to leave five between the sides, but full-back Conor Cassidy made a brilliant goal-line clearance to deny Cunningham his hat-trick.

There was a lengthy stoppage following a nasty clash of heads between Carryduff colleagues McFlynn and Clinton, but both men were able to continue and McFlynn converted his third three of the second half to leave the game at 3-6 to 0-11 at the second water break with Downpatrick missing a series of chances in the third quarter.

Doherty’s second free of the game finally opened their account in the second half on 54 minutes, but they lost Tim Prenter for the remainder of the contest after he dragged Daniel Guinness to the ground.

With time against them, Carryduff simply couldn’t conjure up a goal in the closing stage with James Guinness firing high and wide in the final minute of normal time before Tunney saw his effort saved by the outstretched leg of James Deeny.

McFlynn landed another free while Mooney fisted over another point at the other end for his side.

Carryduff’s final score from Tunney left the gap at four points at the full-time whistle and last year’s beaten finalists will know they must improve for their next game to avoid the relegation play-offs. 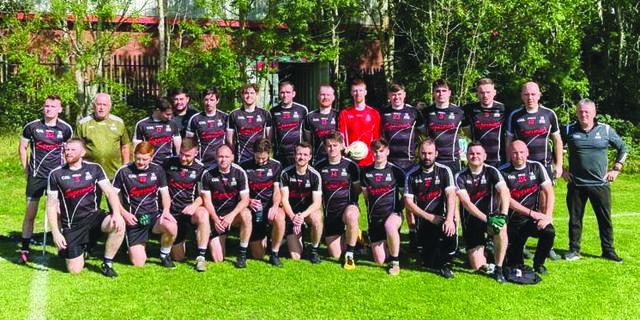 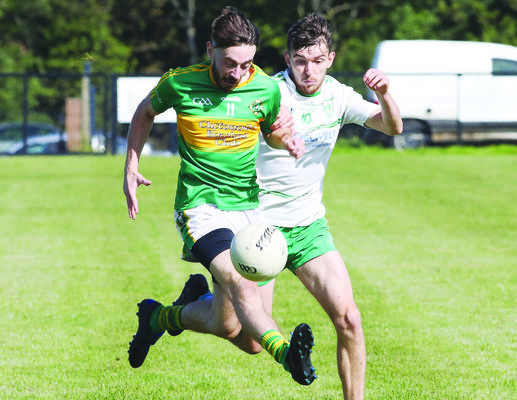