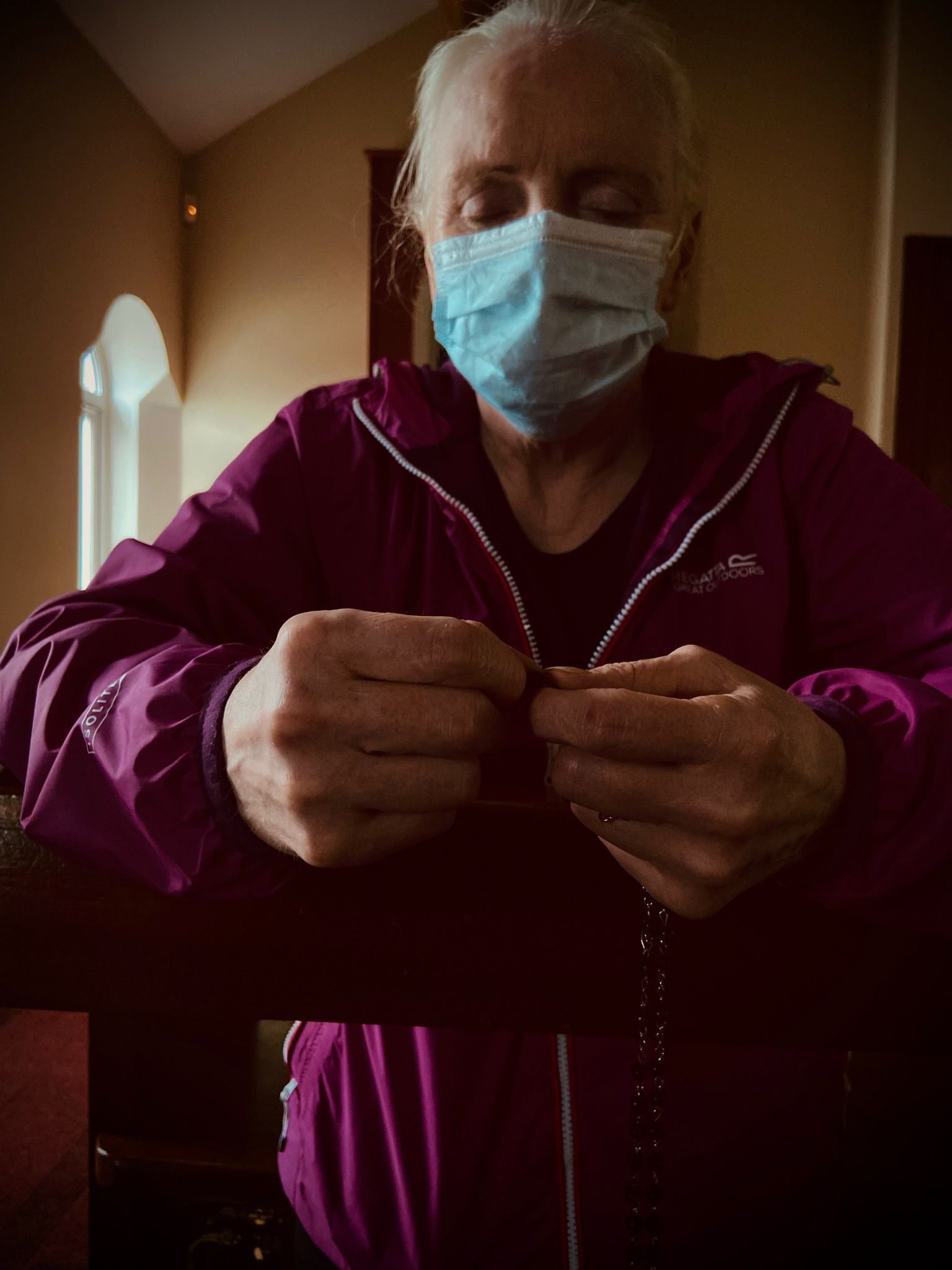 HIGHER POWER: A worshipper joins prayer group at Sacred Heart Parish Church in North Belfast which resumed this week after an 18-month break due to the pandemic

Discussions have opened on mandatory vaccination for frontline health and social care staff.

Plans might require vaccination against Covid-19 and flu for workers who come into contact with patients and those receiving care.

A policy like this will have implications for the human rights of health and social care staff who might have to agree to be vaccinated to continue their work. Such policies have been introduced in other European countries. The US policy of mandatory vaccination targets federal employees but it is unlikely here that these policies will spread beyond medical professionals.

The widespread use of such policies does not immediately mean that they do not violate human rights. A look at past cases addressed by the European Court of Human Rights sheds light on how these policies fare under human rights law. Regardless of whom mandatory vaccination is directed at, human rights figure quite prominently in the debate.

The Strasbourg Court has recently published a press release explaining why it has decided not to grant interim measures to suspend the compulsory vaccination programme in Greece. The Court is unlikely to prevent member states of the Council of Europe from implementing policies similar to the Greek one. The Court previously addressed the issue of mandatory vaccination of children in the Czech Republic but felt that the interference was justifiable, agreeing with the Czech Government that their policy is necessary to protect the health of the whole population. These are the sorts of legal arguments which any proposals to introduce compulsory Covid-19 vaccination would face.

There has been a critical report from London on the initial response to the pandemic which concludes, not surprisingly,that more could have been done.
In particular, devolved Ministers failed to challenge certain decisions made in London. Relatives of those who died are concerned. Expect more on this topic when inquiries begin.

There are 368 cases in hospital with 31 in Intensive Care. 12,681 patients have been discharged and there are 69 active care home outbreaks.

According to statistics agency NISRA, more than half of Covid-19 related deaths came from care home residents at the height of the first wave of the pandemic. In the UK where confirmed cases to date exceeds eight million, the official death toll has reached over 138,000. This is the highest in Europe. A total of 5,280 have died in the Republic with over 397,000 cases.

Let’s hope we have learned some of the lessons.