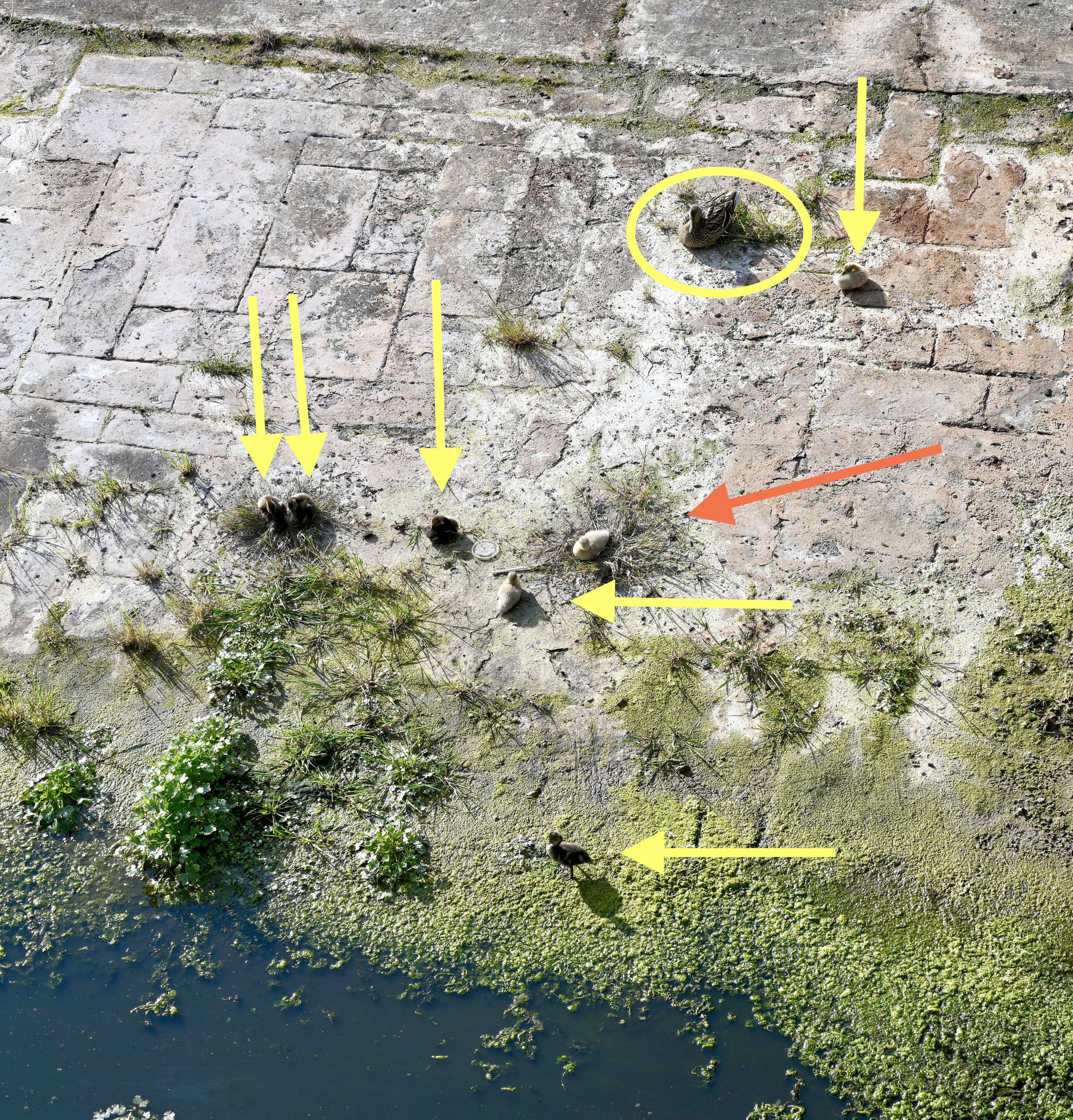 FAMILY AFFAIR: In the deep space that’s home to the Nomadic a family of mallard ducks has made its home and they seem to be thriving while Titanic Quarter tourists pass by without noticing

THEY’VE got to be the most relaxed wild ducks in Belfast.

These baby mallards were born below the Titanic service ship Nomadic in a deep dry dock surrounded by steep stone steps. Dúlra watched them in amazement this week as they relaxed in the sun, as carefree as the ttourists walking around the world-famous attractions above.

Seven of them were gathered close to their mother – she’s the one circled – while the red arrow shows a chick sitting in what remains of the nest. There’s always one kid who doesn’t want to leave home! There were four more out of shot feeding in The puddles of water that run alongside the ship.

Mallards can lay around 13 eggs – way more than almost every other bird – in a bid to compensate for the low survival rate of the chicks. That this one successfully reared 12 is amazing. They’ve got any number of predators and dangers – Dúlra has seen many mallard chicks being picked off by seagulls and crows over the years. He’s also seen a whole brood being drowned when heavy rain flooded the nest.

Foxes too would ransack a nest in seconds. But here, deep down inside this inverted stone stronghold, they rest easy without a care in the world.

Mallards are a wild bird, but they’ve developed an easy relationship with people. Like a pet dog or cat, they seem to like the fact that we admire their pretty plumage. If we don’t disturb them, they’ll happily sit just feet away from us.

By the way, while most birds lay a set number of eggs, mallards can produce extra ones at will. Just like chickens, when one is removed from the nest they’ll continue to lay – one mallard laid a new egg for 80 consecutive days. Incredibly, the mother mallard only starts incubating when she gets to the ‘proper’ number, but only she knows how many eggs she’s due to lay and she can obviously count them.

Thankfully, this brood next to the Titanic Building are all well on the way to making it to adulthood.

And it’s mainly because the floor of this dock is off-limits. And as long as there is the odd puddle and it doesn’t completely dry up – thankfully there was rain at the start of the week. It's so good that the baby birds might not want to leave.

Of course, it may be secure, but it’s not going to be the easiest place for the chicks to escape from. They’ll either have to climb those steep stone steps or remain in their luxury home until they are strong enough to fly up and away into Belfast Lough.

The first two weeks of a baby mallard’s life are the most difficult. They need insects rather than seafood – the flies and creatures that emerge from the water – and the floor of this dry dock, with the sun baking the stones, looks like the perfect insect breeding ground.

When Dúlra was there, there were scores of tourists leaning on the black railings at the top of the docks, oblivious to the ducks but admiring the old ship which took 274 passengers to the Titanic for that fateful maiden voyage. The Nomadic had been built at Harland and Wolff less than a year earlier by the same designer behind the Titanic and it was fitted out with similar luxuries, like his-and-her toilets and a super-luxury first class section. Even though it would only be used to take passengers to the larger ship, these passengers – including millionaires and tycoons – were guaranteed the best.

And thankfully, that’s exactly what this family of Belfast mallard are enjoying today – first class all the way. 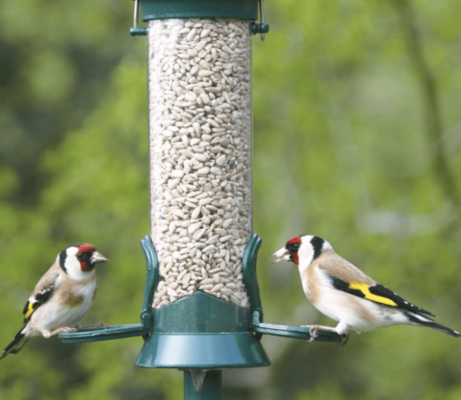 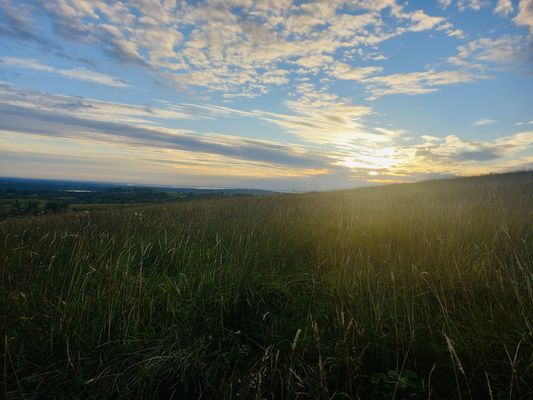 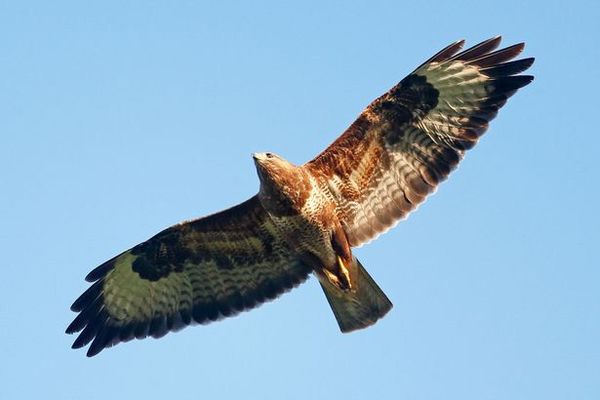