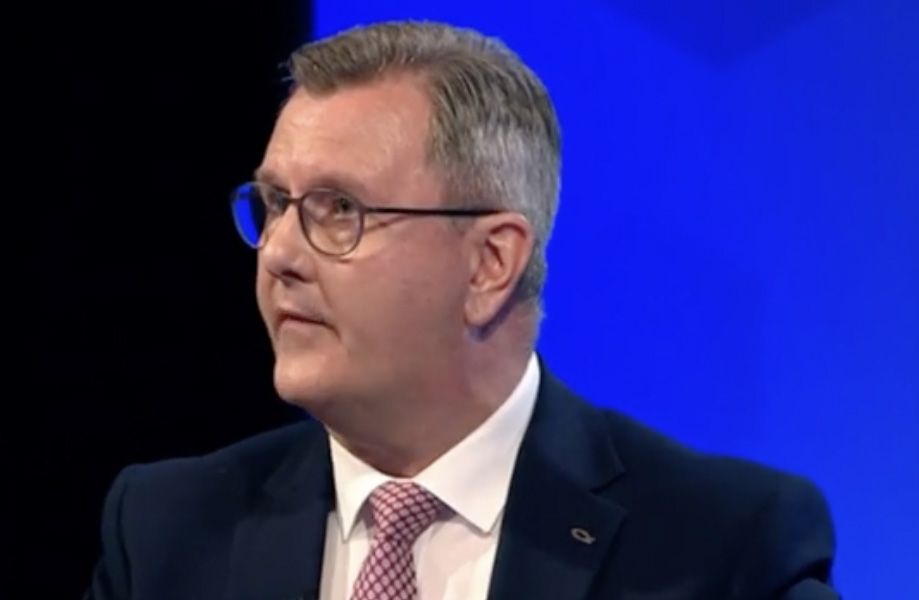 SOME truths are hard to admit but must be faced. The DUP did surprisingly well in the recent election. In the months before, the party seemed doomed. At one point they were positioned third –  or was it fourth? – in the opinion polls. This low rating surprised no-­one. The party appeared intent on beheading itself in full public view, with no less than three party leaders in the year leading up to the election.

And yet, despite all that and despite Sinn Féin winning 29 per cent of first preference votes compared to the DUP’s 21 per cent, the DUP ended up just two seats behind Sinn Féin: 27 to 25. For a party that had been galloping off in six directions at once, the DUP did okay.

Now they’re having to manage some of the hardline stuff they came out with during the election campaign. Remember when Jeffrey Donaldson couldn’t bring himself to say he’d have a DUP deputy minister serving with a Sinn Féin First Minister? That’s over now. On View from Stormont (UTV), Paul Givan told the programme that if the DUP got all they wanted in terms of the Protocol “We will appoint a deputy First Minister to take on that role.” (Yes, Virginia, how very kind of them to accept the democratic outcome.)

But a bit like Saint Augustine, the DUP are not yet ready to be fully democratic. Jeffrey Donaldson continues to insist on deeds, not words, before his party will resurrect the Executive.

Despite that democratic short-fall, we shouldn’t be too hard on the DUP. Last time out, Boris Johnson took the DUP to the cleaners by promising that over his dead body there’d be a border in the Irish Sea. Some weeks later,  still in rude good health, Johnson established just that – a border in the Irish Sea. So naturally the DUP this time are on red alert with the Tories. The burnt cat fears the hot stove.

But what is defined as ‘deeds’ is shifting. Many assumed that the DUP was saying it would have to see new anti-Protocol legislation actually working; but now the party appears to be willing to settle for legislation on the books, with the relevant minister having the power to by-pass Protocol rules if they deemed it necessary. But there’s a catch with this too.

There are those who believe it will take up to a year or more before the anti-Protocol legislation becomes law. The  House of Lords in particular is expected to give it a rocky ride. If that’s true, events will almost certainly overtake the legislation.  According to the rules, if an Executive hasn’t been formed 24 weeks after an election, the British Secretary of State is required to call another Assembly election.

Will it come to that? It could. And if there were to be a second election, how might the DUP fare? It depends.

If the DUP can present itself to voters as the canny Ulster party which forced Boris Johnson and the Tories into making a  screaming hand-brake turn, they could present themselves as political tough guys. Johnson was intent on establishing an Irish Sea border but we, the DUP, arm-wrestled him into submission. We’ve made him take the odious Protocol and slit its throat.

If the DUP manage to pull off that trick, their constituencies might well forgive and forget, and the DUP could emerge as the biggest party once again. Wouldn’t that be nice? The picture of the DUP man-handling Sinn Féin’s Michelle O’Neill back into deputy First Minister position would go well with the backwoodsmen and women.

But nothing is certain in politics. By late October, DUP voters might very well feel fed up with a tumbleweed Assembly. They might decide that Jim Allister and his unambiguous TUV is their only secure choice and the DUP could be sent tottering back into third or fourth place again.

Should that happen within unionism, while outside unionism Sinn Féin and others demand a border poll, the DUP may end up having the very life squeezed out of it.