EDITORIAL: Against the many injustices of a sectarian state Bobby Storey stood up and led from the front 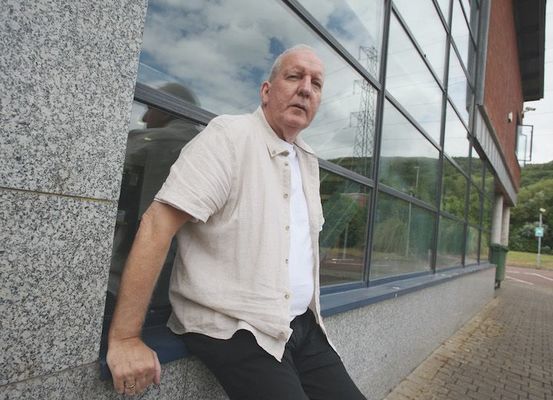 IN trying to capture the extraordinary life of Bobby Storey, we have allowed ourselves to reach back into time for one of the great eulogies of old – to the Funeral Oration of Pericles for the fallen soldiers of Athens.

For so breathtaking was Bobby Storey’s life story, so storied his indomitability, that it finds an echo in Pericles’ praise for the war dead of his era.

“And when the moment came they were minded to resist and suffer, rather than to fly and save their lives; they ran away from the word of dishonour, but on the battlefield their feet stood fast, and in an instant, at the height of their fortune, they passed away from the scene, not of their fear, but of their glory.”

So what then crafted this Bobby Storey? What made an Andersonstown teenager the most-feared of his contemporaries by the heavily-armed, professional British soldiers who in the seventies occupied school, sportsground and sangar across West Belfast in a bid to hold back this unstoppable generation?

Nothing less, of course, than the very state itself.

After all, the pogroms of 1969, which Bobby Storey experienced as a North Belfast child, were so horrific, so overwhelming, so one-sided that only a government as morally bankrupt as Stormont could have been their architect.

On to that house of pain the powers-that-be piled internment without trial, massacres in Ballymurphy and Springhill and then Bloody Sunday. And 1972 had not yet been spent.

When the fightback was taken up by young people like the fearless and personable Bobby Storey, no wonder so many in the nationalist community were quick to lend their support.

And who were these young men and women? Behind the taunts of ‘terrorist’ and ‘thug’ cascading from the media in MoD-supplied press releases, the British Government’s 1978 intelligence report, Future Terrorist Trends, by General Sir James Glover, was unusually frank in its estimation of both the calibre and courage of the IRA volunteers his men faced. He could indeed have been describing Bobby Storey.

None of which is to pretend that the IRA enjoyed overwhelming support even in its heartlands.

However, even opponents of the armed republican campaign in nationalist areas (and there were many) also felt an inchoate pride in the endeavour and resolve of these youthful rebels.

The proof of that pudding came in 1981 when the people of Fermanagh and South Tyrone returned hunger striker Bobby Sands as their MP, ending forever the claim that the republican struggle did not enjoy at least as much legitimacy among its base as the British Army’s own campaign.

What set apart Bobby Storey from many of his comrades from that era was his unshakeable dedication to the republican cause – a dedication which was to survive over 20 years in British prisons from his internment on his seventeenth birthday in 1973 to his release from a two-year spell on remand in 1998.

He was not alone in that, of course. Indeed, an IRA campaign spanning three decades would have been inconceivable to previous generations of republicans.

However, he was unique in his capacity for leadership and his determination to lead from the front.

The many photos shared on social media since his death invariably show Bobby Storey at the very front line of the street struggle, staring down RUC and British Army riot squads.

Not for him the generals’ accommodations far from the front.

He clearly believed in the maxim of the US Marines that officers eat last because in both war and peace he put the welfare of his colleagues and comrades above his own.

Among the many accusations made against him – some might suggest accolades – was that he was the most successful IRA intelligence officer ever since Michael Collins. Whether true or not, there is no doubt that his pivotal role in the 1983 Great Escape from the H-Blocks burnished his legendary standing among friend and foe alike.

Indeed, it was both his fearsome reputation and his reputation for fearlessness which enabled him to sue for peace when peace was possible – and to take others with him.

His affirmation came in the streets of his birth and in the corridors of Stormont where he surely left his stamp over the past decade-and-a-half.

Not only did he get to scale the political heights with former Long Kesh cellmates – but as Sinn Féin Chair in the North, he was very much one of the architects of the party’s rise.

Indeed, perhaps even more than most because his ability to listen, to counsel, to empathise and to encourage – to walk the walk – were the traits which helped him make Sinn Féin the premier political force in his native city.

And now, having borne his own illness with equanimity and resolve, Bobby Storey is gone.

Over coming days, there will be many eulogies in his honour, many glasses raised to toast his heroism and friendship.

But for today, let’s leave the last word again with our Greek friend Pericles as he mourned the fallen soldiers:

“The sacrifice which they collectively made was individually repaid to them; for they received again each one for himself a praise which grows not old, and the noblest of all tombs, I speak not of that in which their remains are laid, but of that in which their glory survives, and is proclaimed always and on every fitting occasion both in word and deed.”