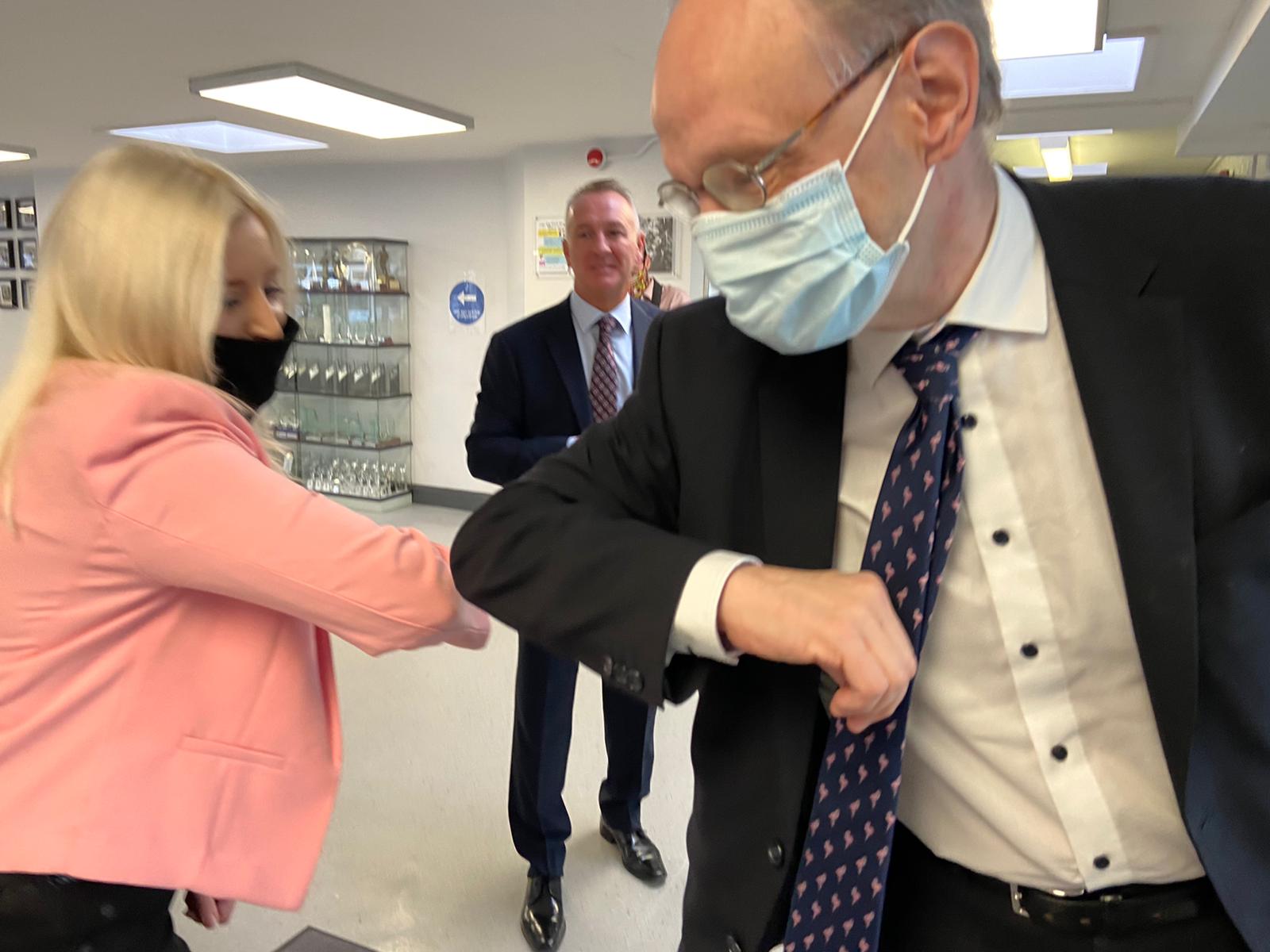 Now half a century old, Colin post primary has been deemed no longer fit-for-purpose in terms of its suitability for the education of young people in the 21st Century.

Mr Flynn explained how the main barrier to gaining approval for a new capital build is the criteria set by a former Education Minister which stated that a post primary school must have a minimum of 500 pupils enrolled between Years 8 and 12 and a minimum of 100 pupils at Post-16 level.

“The 2018 enrolment has increased considerably to 536 pupils and as a result of this six new teachers have been employed,” he said.

Mr Walsh said he was confident that, "with the positive direction of the school, the enthusiastic lobbying of our elected representatives as well as the support of CCMS, we will realise our ambition of a new school build for the young people of Colin.”

Sinn Féin MLA Órlaithí Flynn said the party had ben campaigning for a new school “for over a number of years."

“We have held a series of meetings over the past three years with the Department of Education, CCMS and St Colm’s in support of the long and at times frustrating campaign for a new school for St Colm’s. The Colin area is being transformed by a regeneration process including investment in the new transport hub. Work was recently completed on a new state-of-the-art leisure centre and work on a new public park and play park for Colin area has commenced. Central to all this regeneration are the educational facilities and opportunities available to our young people,” she said.

It's back to school for thousands of pupils across Northern Ireland for the first time since lockdown in March. Adrian Walsh is prinipal of St.Colm's High in Dunmurry and says staff have been planning for months, to allow a smooth return to the classroom for pupils: pic.twitter.com/tUTlVUor7a

“It’s crucial that CCMS and the Department of Education do everything they can to ensure that a new post primary school in Colin is realised and we will keep working towards this until it happens."