WATCH: Emotional farewell from teachers for tots as Matt Talbot Nursery School Class of 2020 bow out 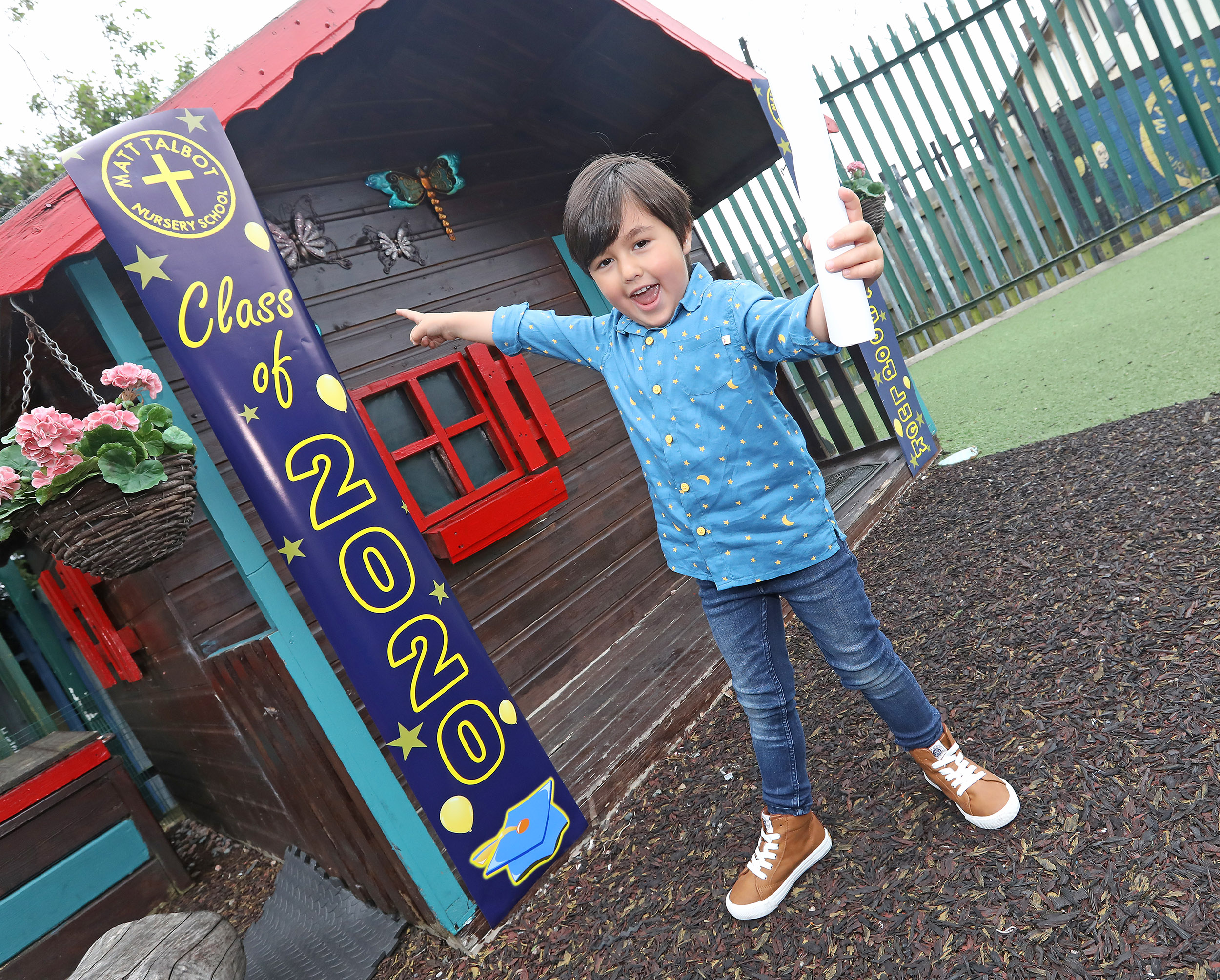 It has been a year like no other for children attending nursery schools across Belfast. For three months and counting, home-schooling was the rule of thumb as classrooms closed and children were unable to attend nursery school — or meet their chums.

So when teachers at Matt Talbot Nursery School in Moyard, West Belfast, welcomed back their pupils yesterday, it was the first time in 13 weeks that they had met.

But no sooner had they renewed acquaintances than it was time to bid farewell to teachers at the school as the children picked up their graduation certificates and prepared to head to 'big school' after the summer.

After collecting their 'leavers' folders' and presenting their teachers with gifts, the pupils had a special treat — courtesy of an ice cream van which pulled up at the nursery school.

Principal Miss McStravick said staff had missed seeing their pupils during the lockdown and were now looking forward to getting to grips with the new normal when the class of 2020 started after the summer break.