Exhibition will lay some ghosts of the past to rest 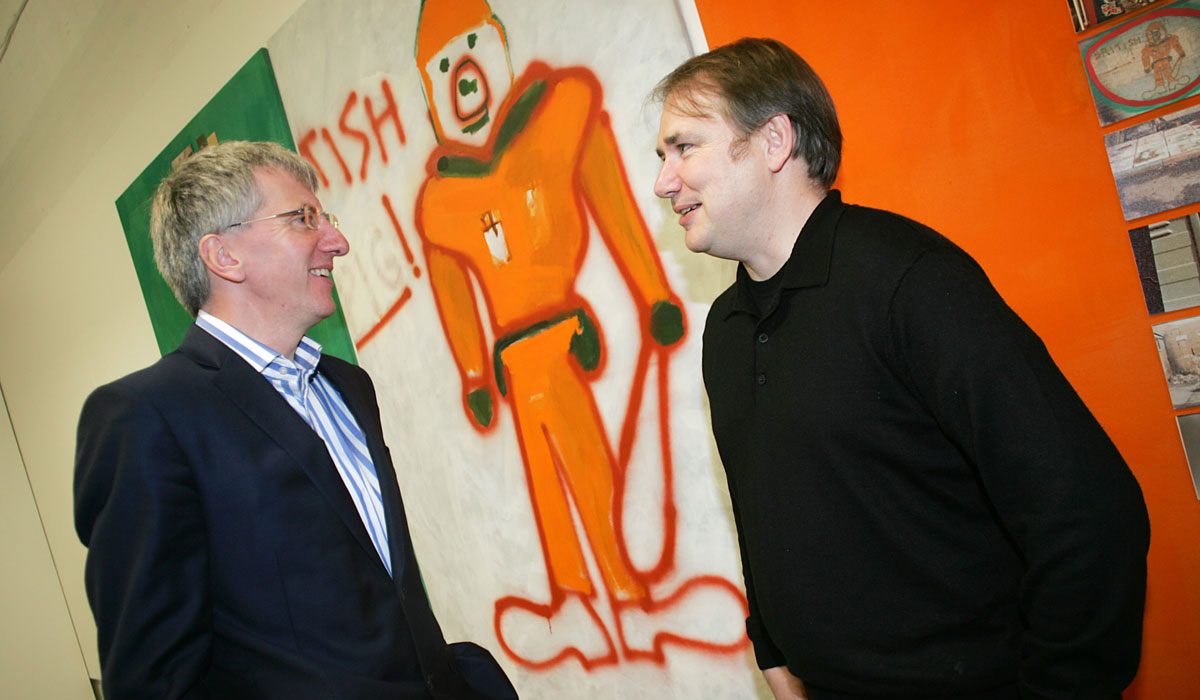 Tonight (Thursday) at the Golden Thread Gallery, we’ll lay a few ghosts to rest when the redoubtable Conrad Atkinson returns to Belfast with his formidable artwork Silver Liberties. Banned from the Ulster Museum in 1978 by the Ulster Taliban, the work was subsequently bought for a handsome sum by the Wolverhampton Art Gallery and stands as one of the most striking comments on our 30-year war.

Conrad will be with us for the opening of a new exhibition I’ve curated for the Golden Thread Gallery as part of the Queen’s Festival and he’ll be joined by two other great ambassadors for the cosmhuintir, his wife Margaret Harrison and Ireland’s greatest artist Robert Ballagh.

The title of this compelling exhibition is Tears in Rain, which comes not from some weighty tome from yesteryear, but from the movie Blade Runner. So take that as a sign that there’s much more at work here than picking over old wounds.

Indeed, if anything, this exhibition is a statement against war and for peace. That’s why we end with work by the city’s youngest exhibiting artists: the children of Bunscoil Mhic Reachtain in North Belfast who have painted their superheroes as the show’s swansong.

Look out for a work by FE McWilliam known as Woman of Belfast which was series of shocking sculptures he created in the early seventies, in response, we’re told, to the horrific IRA Abercorn restaurant bombing which claimed the lives of two women – Ann Owens and Janet Bereen – and injured over 160.

Anyone who can look at this flailing woman of Belfast being blown through the air and support a return to where we’ve been really needs their head examined.

There’s much more of, course, including The Big H, the stupendous work by Brian O’Doherty (who changed his name to Patrick Ireland in protest at Bloody Sunday, finally laying Patrick to rest in 2008), first unveiled in 1989 in Belfast as a commentary on the obscenity of the H-Blocks.

FOR the past few days, we’ve been rolling out the red carpet for a high-profile delegation of Senators and Assembly Members from the State of New York who are in town to check the pulse of the peace process and see how they can build bonds of commerce and friendship.

At a reception in the Cultúrlann, our Yankee cousins heard of efforts to make the Irish language and culture a fundamental part of the new Belfast. West Belfast MP Paul Maskey told our visitors how the very potential of the constituency is encapsulated by the exuberance of An Chultúrlann with its mix of arts groups, small businesses and vibrant linguistic base. The following day the American-Irish legislators travelled to East Belfast to learn about the Titanic plans to transform Belfast, and on Tuesday evening they were feted in Belfast Castle where the youthful Chair of the City Hall Development Committee, Alderman Christopher Stalford, spoke to the deep and immutable bridges between our peoples and how those traditional linkages can be translated into modern opportunities of mutual benefit.

The US delegation was led by Representative Mike Cusick, who represents Staten Island in New York, but the real commander was his mum Mamie, who at 81 was also the senior delegate. Interestingly, though she boasts a lineage as Irish as Chief O’Neill, this was Mrs Cusick’s first visit to the land of her forefathers. Hopefully she and her pal, the mother of Rep Brian Kavanagh, Eileen, who both received bouquets of flowers from Chairman Stalford, will return often to these shores.

HIGHLIGHT of the week for me, though, was the celebration in City Hall of the links between our part of the world and Switzerland. At a City Hall luncheon, we heard from Maria Huffenus, librarian at the university of St Gallen, about the treasures of Irish literature in her care. Some of the exquisite Gospels, complete with notes in the margins in Irish, date back to the foundation of the St Gallen Monastery by St Gall and St Columba of Bangor Monastery in 612.

There has been much talk of Titanic 2012, and I’m up for that, but a link which goes back 1400 years is even more precious and should be the precursor to a year of celebration. Why, indeed, shouldn’t Belfast be linked to St Gallen during 2012? I’m up for that too if it means we can get the priceless Gospels to Belfast.

Ms Huffenus told how she gave Kofi Annan, former UN Secretary General, a guided tour of the library last year and he asked why the Irish Gospels were not in Ireland. Good question, Kofi. That’s one gift it would be nice to see returned, even if only temporarily, considering what great custodians the Swiss have been of our heritage.