EYE ON THE PAST – December 1979: Wife claims British Army planted ammo on husband 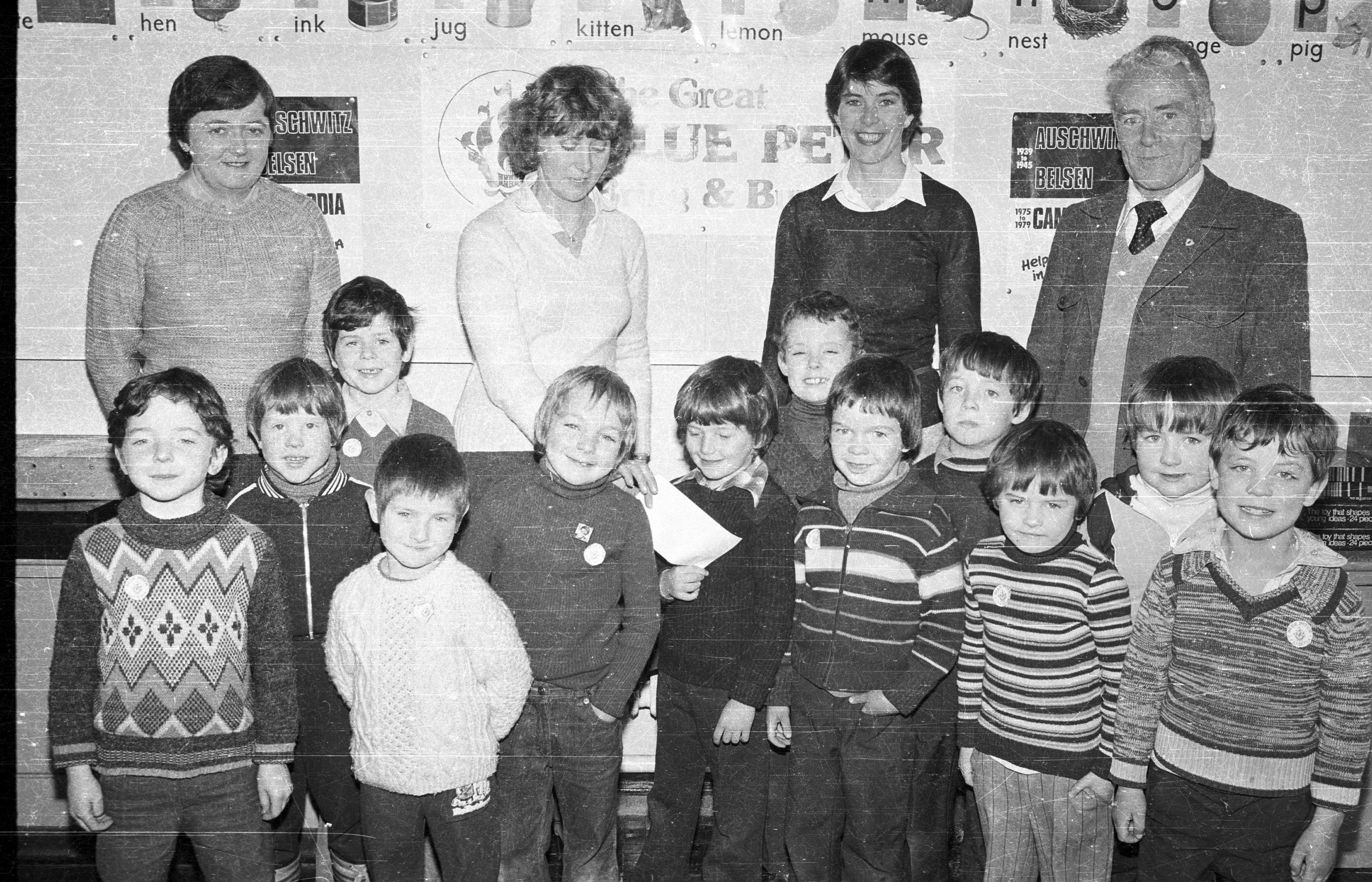 THE wife of a Falls Road taxi man has claimed that British soldiers planted ammunition in her husbands’ taxi before arresting him.

The taximan, Mr Hugh Murphy of Lenadoon, has since been charged with possessing the ammunition; and his wife, Eileen, in a letter to this newspaper says that his arrest and imprisonment are the culmination of a campaign by British soldiers to ‘get’ him.

“My husband has been continually harassed by the British Army and the RUC,” said Mrs Murphy. “On July 2 this year he was arrested at 4am by the RUC and taken to Castlereagh. The following day he was taken to the Ulster Hospital with injuries received under Special Branch interrogation.  He has been arrested on numerous occasions since from his home and his taxi.”

Last Thursday, November 22, Mr Murphy was stopped while driving his taxi on Monagh Road, and told to stand on the road. Mrs Murphy told our reporter: “My husband saw a soldier with a white object in his hand; and a few minutes later the same soldier called him and told him to remove the same object which was now behind the driver’s seat. When he refused they threatened to shoot him and when they realised he wasn’t going to do what they wanted, they removed the object themselves. The white object turned out to be a plastic bag and when they opened it, it contained three 303 bullets and an empty magazine. A taxi driver was driving past them and my husband shouted ‘The Brits planted it.”

“I know they planted it,” said Mrs Murphy. “They threatened more than once to get him. My husband was charged at a special court in Townhall Street last Friday, with no legal representation, just the Brits and Special Branch swearing his life away. I would like the people of West Belfast, especially the black taxi drivers, to realise how vulnerable they are. This has already happened twice, and now they see how easy it is for the British Army to frame innocent people.”

In a statement last Friday Fr Denis Faul condemned Mr Murphy’s arrest and the campaign of harassment against him.

“It is a vicious campaign,” he said. “Which is destroying this man’s business and his health and is a gross interference with his family’s life.”

Eleven members of the infamous Black Watch regiment were charged with planting arms and ammunition in 1974 and were involved in the murder of Leo Norney in 1975.

It’s hard to believe that the Gerry Fitt being praised in the papers is the same person whom we in West Belfast have come to know over the past decade or so.

We’re being told that he’s clever, non-sectarian, and a man of understanding, compassion and high principle. He’s nothing of the sort! Anyone with even a light personal acquaintance with Mr Fitt (never mind the TV picture) knows that he’s not among our top tinkers; that he’s fought and won every election as a Catholic, blatantly canvassing Catholic votes; and that his exit from the SDLP has nothing whatever to do with dearly held beliefs and principles.

Gerry is simply protecting his best interests, as he sees them. For nearly ten years he has been taking a hand out of the SDLP. He has boasted, loudly and often, that he wasn’t depending on them, that they needed him to head their party, and that he wouldn’t be dictated to by a bunch of school-teachers. He owes no allegiance to country, party, or (most important) people.

A series of blunders brought him to where he is now; and possibly this latest blunder will be his undoing. Fitt is essentially a Westminster animal. His friends and hopes have always been there, and it’s there he sees his future. Always supposing he has a future, since he has lost touch with feeling at home and has cut himself off from his pals. Paddy Devlin went that way two years ago and has been in the political wilderness since. Now that Fitt is out of the way, and after a period of huffing and puffing, the SDLP led by John Hume, will certainly talk to Atkins and compromise as they have always done.

They believe, they say, in dialogue and democracy and in participating in what they call ‘freely elected institutions’. In their headlong rush to show themselves to be ‘nice people’ they sold out on everything held dear, through thick and thin; by the Nationalist people. And despite their cravenness they couldn’t stop internment; judicial murder; RUC brutality; crooked law and courts; religious discrimination; second class citizenship; and unemployment.

Despite Fitt’s and Devlin’s and the SDLP’s friends at Westminster, particularly in the Labour Party, West Belfast is still the most deprived area in Europe, politically, economically and socially. Conditions are decidedly worse now than in 1966 when Fitt went to Westminster. And this is the ‘record’ he boasts about and on which he claims to stand!

He can’t talk to Atkins on his own – and it’s ironic that the SDLP will go ahead without him. The SDLP have said that they won’t talk without an Irish dimension. What the Nationalist people want is for the SDLP to spell out exactly what they mean by an Irish dimension. Are they saying, as Jack Lynch is, that some time in the far distant future when the Protestant minority gives it the green light, that we’ll have some sort of democracy in our country? Or will they insist that an Irish dimension means immediate moves towards the establishment of democracy in Ireland, and that Britain’s presence is the obstacle to that?

The SDLP have failed us every time; and the Nationalist people must insist on solid guarantees before ever supporting them again. Remember: Gerry Fitt isn’t the only one of his kind in the SDLP.

A pensioner from Cawnpore Street last week fell and broke her arm, dislocated her shoulder and suffered abrasions, after tripping over a hole left by a NI Electricity Service crew.

Lizzie McKeever, who is in her eighties, had left her home to walk to the Clonard Bazaar along the unlit streets, when she tripped over the unmade kerb and fell heavily. A neighbour heard her cries and went to her assistance before calling an ambulance.

Mrs McGorran, also from Cawnpore Street, had a fall recently and was badly bruised.

The Andersonstown News recently publicised the lack of street lighting in the Clonard area after which one light was put in Cawnpore Street and one in Oranmore Street.

The NIES have stated that they do not have the staff available to replace lights but the residents of Clonard are convinced that the reason for the lack of lights is in the hands of the British Army. They are the ones who have kept Clonard in darkness. While this situation continues more people will be injured or worse. 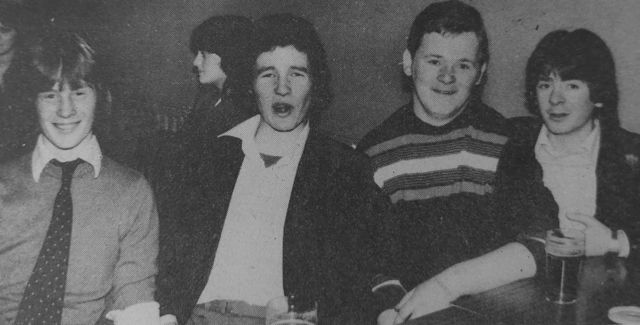 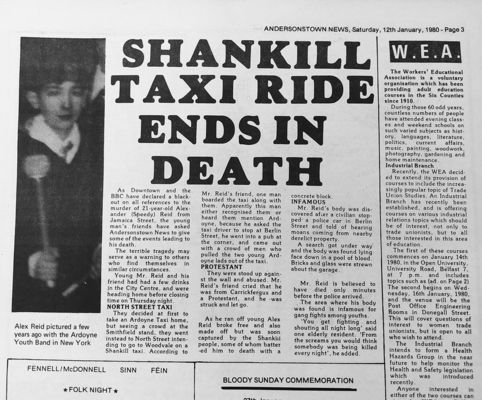 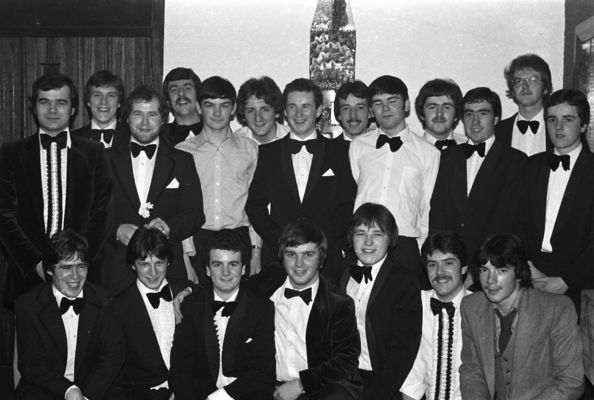