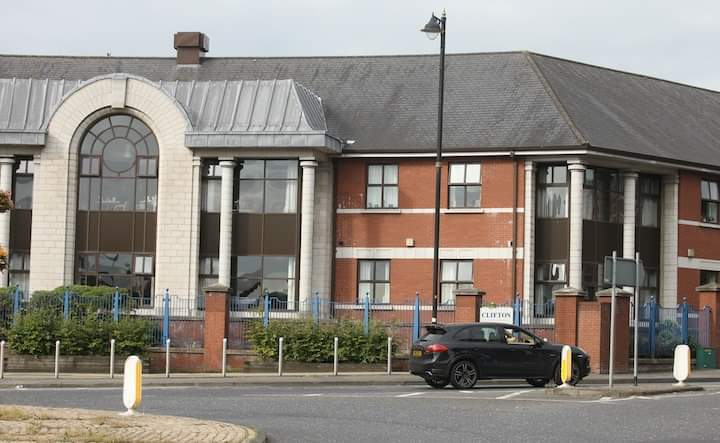 A woman whose mother-in-law lives in Clifton Nursing Home has said that families are being kept in the dark after a regulator ordered its closure due to Covid-19 concerns.

Residents could be moved out of the North Belfast home after the RQIA raised concerns about its management of a coronavirus outbreak, which has claimed the lives of nine people.

The Department of Health has confirmed that it is in talks to secure an alternative care company to manage the home.

Meanwhile Belfast Trust has moved staff on site to care for residents.

In a briefing held at Stormont this afternoon (Tuesday), Health Minister Robin Swann said that talks with a new care provider were at an "advanced stage."

During the briefing, Mr Swann described conditions at the home as “deplorable”, but insisted that health authorities “weren’t slow to move” when concerns were raised about the outbreak.

He said that while he had “no doubt” that there would be inquiries into the handling of the Covid-19 crisis, he added that “that time is not now”.

Speaking to the Andersonstown News, a West Belfast woman, whose elderly relative lives at Clifton Nursing Home, said her family is “distraught” by the ongoing situation.

“We’re being told that provider is taking over, but nobody has told us who it is or anything else about it,” she said.

“We’re no better off than we were a couple of days ago. It’s disgusting.

“We’re now at a stage where we don’t know if she has been tested again, we don’t know whether she’s being looked after, the whole thing is just awful. It’s just so bad.

“They’ve (Belfast Trust) have a helpline. I rang it yesterday and asked when my mother-in-law was tested, if anybody in her unit has Covid, if any of the staff have been tested, and I was told that they don’t know that. They’re in charge of sorting this out and they don’t have those answers."

She continued: “We want to know first of all if the home is safe, because we haven’t been told anything.

The Department of Health continues to closely monitor the Clifton Nursing Home situation and is being regularly updated on proposals for a new provider to take over the running of the home.

In response, a Belfast Trust spokesperson said: “We understand this is a very difficult and upsetting time for residents and their families and for that, we are deeply sorry. We want to assure families that the care being provided in Clifton Nursing Home is safe today.

“The Trust is currently providing ongoing advice and has a team of senior nurses, multi-disciplinary staff and an infection prevention and control team overseeing care.

“Discussions are ongoing with a potential new provider and the Trust will continue to review the residents’ needs, with the full involvement of their families to inform ongoing care.”