Father separated from kids due to death threat 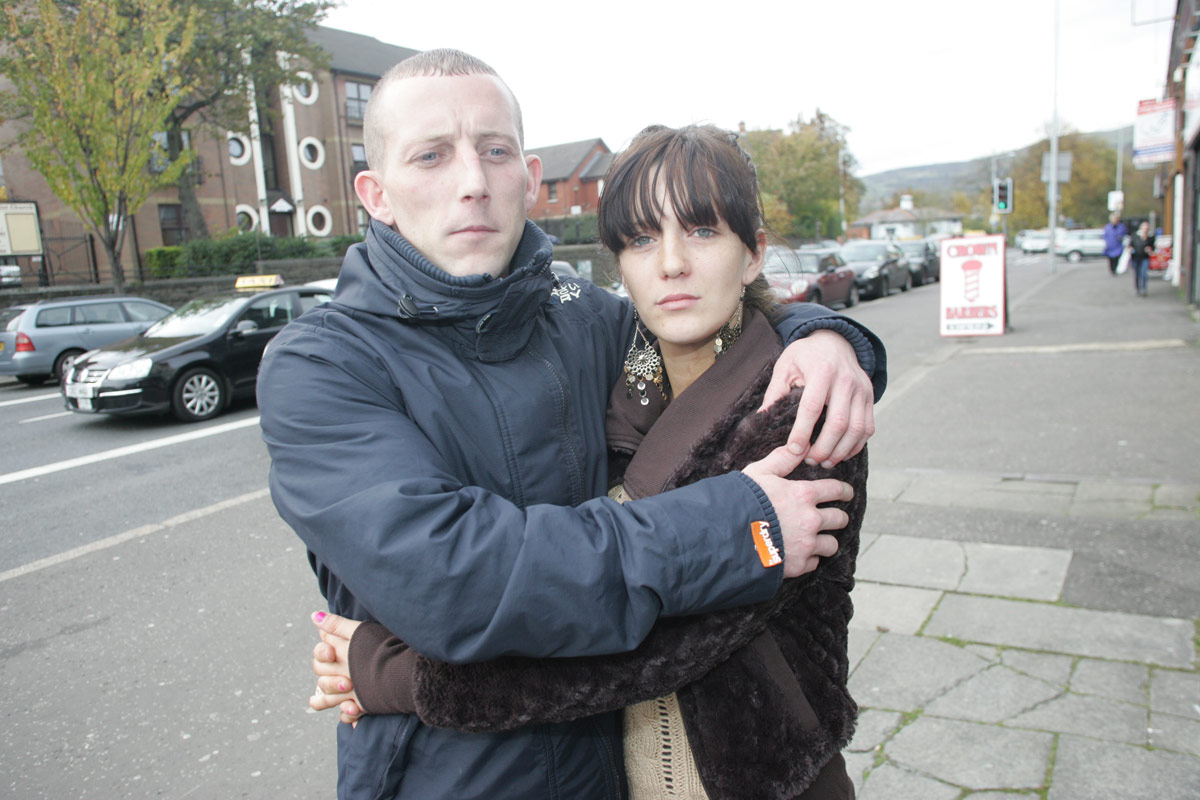 A New Lodge man whose father was shot dead in 2001 says his young family have been forced to flee their home because he is under threat for dealing drugs in the area.Paul Patrick Daly, whose father Paul Daly was killed by Direct Action Against Drugs near Central Library in 2001, says seven men called to his Antrim Road home on Sunday, October 23 saying his safety was under threat because he is a drug dealer.

The 30-year-old, who is currently on probation for a theft in Belfast city centre last year, has since been verbally threatened on a number of occasions but denies any involvement in drug dealing.

Earlier this year Daly received a death threat after being accused of burglaries in the New Lodge area.

Now he says his partner Nicole Duffy and two boys, a five-year-old and three-week-old, are living in a hostel because of the latest threat.

Daly, who has also moved to a different hostel, denies any involvement in drug dealing.

“I am not a drug dealer, I am homeless, I have no money. What sort of drug dealer is homeless?” he told the North Belfast News.

“I have a new born son and I cannot see him because of this threat. Just because I am under threat doesn’t mean my children should be without their father and I fear I won’t see them again until I am shot.”

A PSNI spokesperson said they do not discuss the security of any individual.

“If we receive information that a person's life may be at risk we will inform them accordingly. We never ignore anything which may put an individual at risk,” they said.

Paul Daly snr was sitting in a car with his partner in Stephen Street in May 2001 when he was shot ten times by gunmen. The 38-year-old had just dropped his daughter off at a relative's house when he was attacked.

An inquest into the death in 2006 heard that he had received death threats from both republican and loyalist paramilitaries. A PSNI detective told the inquest that he “leaned towards republican elements taking action against alleged drug dealers” as a motive for the killing. No-one has been convicted of the murder.