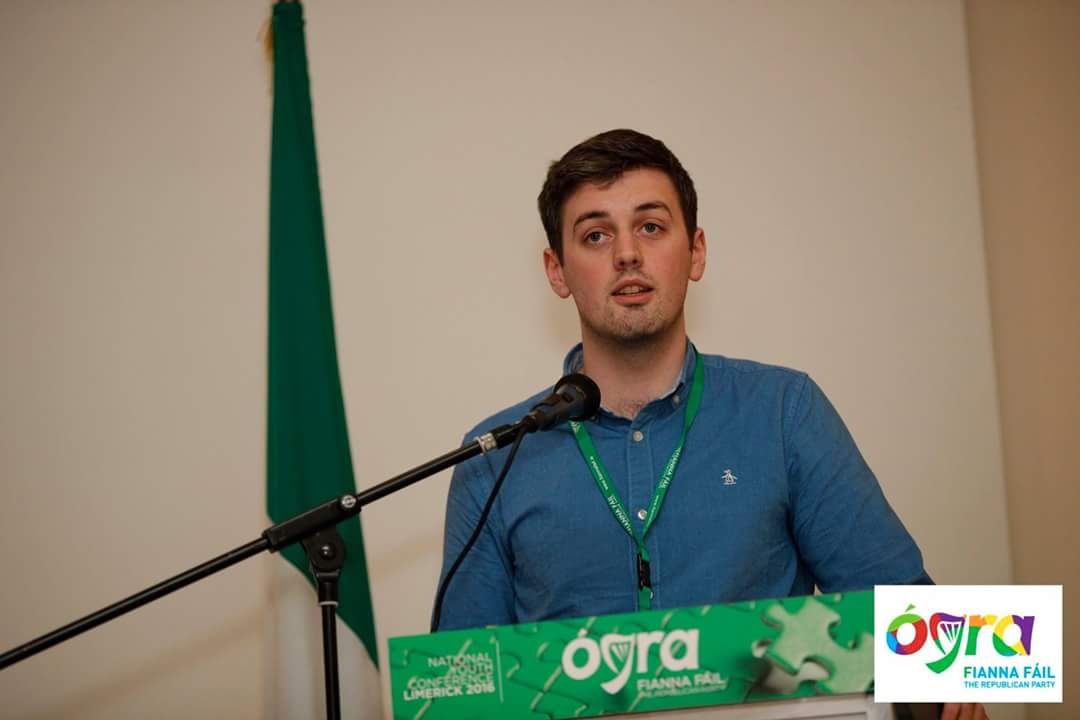 PLANS for Fianna Fáil to contest elections in the north have taken another step forward with a North Belfast man having been elected to organise the junior wing of the party in the six counties.
Paul McNamee, a trainee solicitor from the Antrim Road, joined the party while studying at Trinity College as he didn’t feel Sinn Féin or the SDLP fitted his politics.
He was voted in as organiser by fellow northern members at a recent conference in Limerick and says he will work to build the party here.
“I was down in Trinity for four years and graduated last year but it wasn’t until my second year I joined Fianna Fáil,” he said. “When I first came down wasn’t really interested in southern parties – it was very much northern politics. In my first year I didn’t get involved but then got more and more frustrated with northern politics and northern nationalism and wanted to get involved.
“The SDLP is dying is its feet and didn’t offer my generation anything. I’d describe myself as a constitutional republican, so that ruled out Sinn Féin.”
Paul’s rise within Fianna Fáil’s Wolfe Tone Cumann was swift.
“I officially joined the party in 2013 at start of my second year in college and was elected on to the committee before being elected chair.”
He says he finds people from the 26 counties engaged on northern issues, even more so in the wake of the Brexit vote.
“I think they’re far more engaged now. Friends who studied in England tell me that their friends didn’t know anything about local politics but within Fianna Fáil there’s a very strong interest. At the conference the other week out of all the candidates who got asked questions from the floor most questions were directed at me. Our membership is intermingled across the border.”
He said there can be a misunderstanding of the north.
“The biggest thing I get is that people think all people care about up north is parades and flags and the past but that isn’t something I’m interested in. I want a good economy, jobs, good third level education – the basic bread and butter things.”
A former St Malachy’s pupil, Paul commutes to Dublin every day where he is training to be a solicitor. He says party leader Micheál Martin’s aim of standing candidates in northern elections by 2019 is “ambitious”.
“There’s an awful lot of work to do to meet the 2019 target and there’s no point beating around the bush but I think it’s a reasonable target. If you look at our recruitment in Queen’s it’s really high. There’s definitely a constituency here for Fianna Fáil so there’s a lot of work ahead but I’m looking forward to it.”