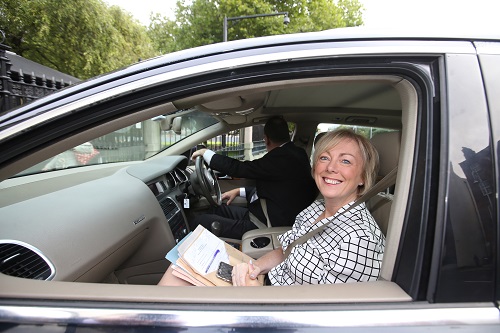 NO Sunday morning is ever complete without an extended browse through the (electronic) pages of my second-favourite Irish news organ, The Sindo. I always find something that encourages me to think further on a given topic; often (but not always) the pen of Eilis O’Hanlon or (more recently) Mairia Cahill will gently lead me towards more contemplative waters. Last Sunday, though, it was a front-page story of The Sindo which drilled to the core of my brain.

“Chief whip Doherty in shock offer to Sinn Féin” was the headline. The Doherty in question was not Pearse Doherty but Regina Doherty, the Chief Whip of the Fine Gael party, and the offer was not to kick Sinn Féin in its softer areas but to state that she’s open to working in coalition with Sinn Féin.

Regina is not the first Fine Gael member to make such a proposal – chief Fine Gael strategist Frank Flannery made a similar remark some time ago and was instantly demoted by Enda Kenny. But Regina is an elected official and one who traditionally has been more than willing to bash any passing Shinner, most notably when she told Gerry Adams a while back that he himself was to blame for all the attacks on him and his family by loyalists. But now she’s changed, it seems. She’s fallen off her horse on the way to Damascus. “There are some incredible people in Sinn Fein, incredibly smart, articulate, thoughtful and could I work with them? Of course I could, yeah.”

Let’s skip over the implicit suggestion that Ms Doherty herself is incredibly smart, articulate and thoughtful and consider why, up to now, Ms Doherty and the serried ranks of Fine Gael have been opposed to entering coalition with Sinn Féin. Easy: because Sinn Féin have a violent background, or were linked to violent people. The fact that the violence in question stopped around twenty years ago appears not to be the issue: the violent background was there and so Fine Gael couldn’t with a clear conscience embrace such people.

A more interesting question than asking Ms Doherty why she has changed her mind might be why she needed to change her mind. Because of the Shinners’ violent background? But Ms Doherty is a member of Fine Gael. That party has many interesting historical periods in its background. In the 1930s, the term ‘Blueshirts’ was created to describe the pro-Treatyites who were headed by one Eoin O’Duffy. Those in charge of the Blueshirts, including O’Duffy, made no secret of their admiration for European fascism and their opposition to democracy. Fine Gael was founded in 1933 and were, how shall I put it, inextricably linked with the Blueshirts. In fact some unkind people continue to call them that to this day.

Probed
None of this Blueshirt background appears to bother Enda Kenny, Frank Flannery or Regina Doherty.

Or if we probed back a little further in the history of the pro-Treaty forces from which Fine Gael sprang, we’d arrive at the night of the 6/7 March 1923. That’s when nine republican prisoners were taken by Free State forces (the antecedents of Fine Gael) from the barracks in Tralee, Co Kerry to Ballyseedy cross-roads. There they were tied to a landmine which the Free State forces then detonated. As with the fascist background, none of this appears to ruffle a feather of Regina, Enda or Frank.

Which brings us to looking at this matter from the other side: is there any hope that Sinn Féin would some day enter into a coalition with Fine Gael? I’m going to go out on a limb here and say there are two hopes of that, and the more likely of the two is the late Bob Hope.