Frampton set to challenge Herring for super-featherweight title in February 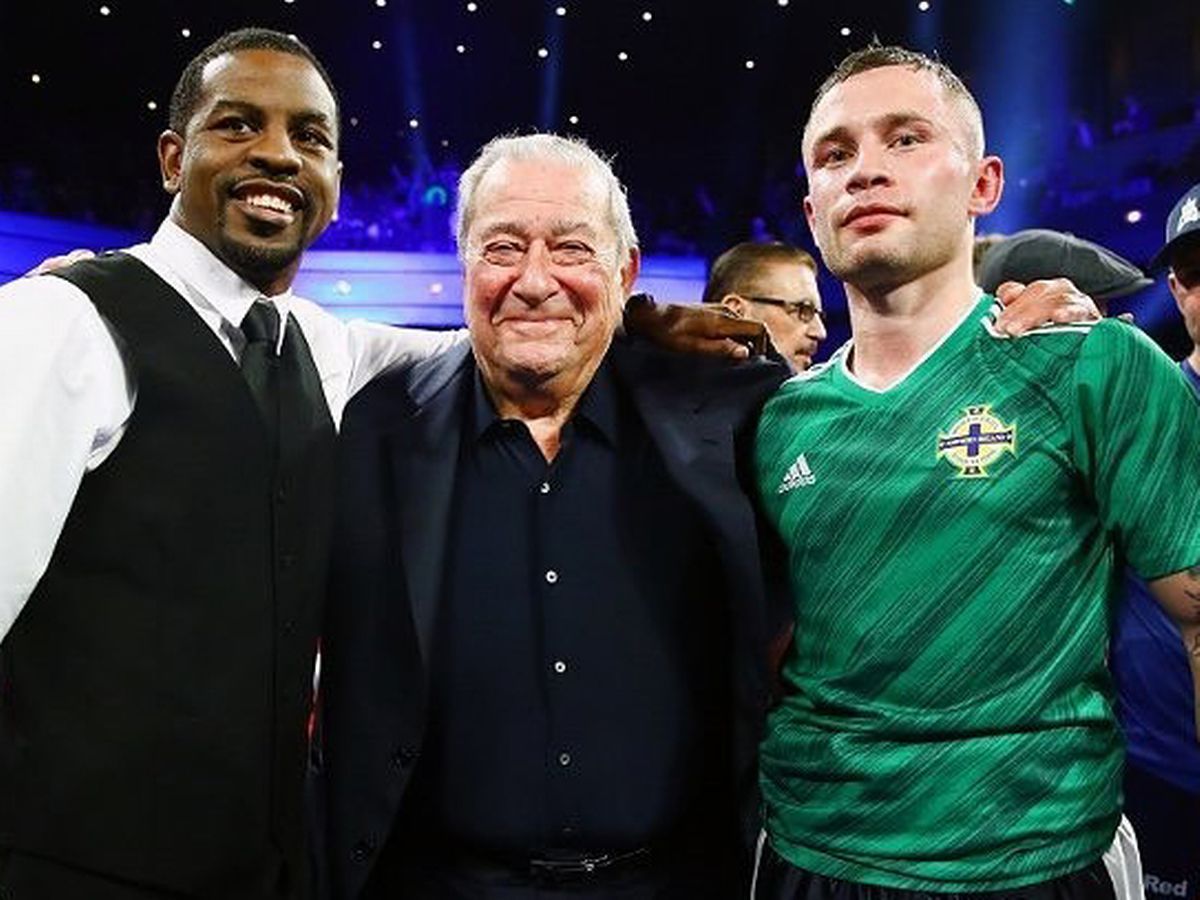 Carl Frampton and Jamel Herring will meet in London next month

This match-up was initially due to take place in Belfast last summer, but the outbreak of Covid-19 forced its postponement with a view to rescheduling.

Since then, both benefitted from warm-up fights with Frampton defeating overmatched Scot Darren Traynor in seven rounds back in August before Herring scored victory by disqualification over Jonathan Oquendo in Las Vegas in a fight that resulted in 'Semper Fi' requiring stitches over his eye having been on the receiving end of persistent headbutts from the challenger.

Allowing this injury time to heal ensured the Frampton fight couldn't take place in 2020 but despite ongoing restrictions due to the pandemic that will mean the fight takes place behind closed doors, the pair will cross swords at the end of next month after the British Boxing Board of Control confirmed they will allow a return to action in mid-February.

“I'm delighted to finally get a date nailed down for this fight that has now been talked about for over a year," said 'The Jackal'.

Former Marine Herring, 34, carries a record of 21-2 (10 KOs) and he upset the odds in May of last year by defeating the defending WBO world super featherweight champion Masayuki Ito in Kissimmee.

Prior to this, his only title action came with a challenge for the vacant USBA title in September 2018, which he won by defeating John Vincent Moralde on points.

“I’m really excited that the fight is finally happening, more importantly it’ll be an honor to share the ring with a true warrior, and class act such as Carl Frampton," said Herring.

"It may be the biggest fight of my career to date, but I’ll be more than ready for the task ahead.

“There’s a lot on the line, and I know he’s aiming to make history, but he’ll have to wait another day, because I plan on returning home with my title in hand. I’ve been training very hard for this fight, and went back to what got me to my world title from sparring the likes of Terence Crawford and other top talent across the nation. I can’t wait to put on a great show.”

Frampton will be conceding considerable height and reach on the night, but this hasn't deterred the Belfast man who is fully confident he will prevail and create a piece of Irish sporting history.

"I have a lot of respect for Jamel Herring," he added.

"I respect him as a fighter and a man, but I have full confidence in myself that I am going to beat this guy.

"You are always confident going into a fight and confident you are going to win, but I just think this meant to be and I'm not going to let him take it off me. I will do everything I have to do to have my hand raised."