Frampton turns up the heat ahead of three-weight title bid 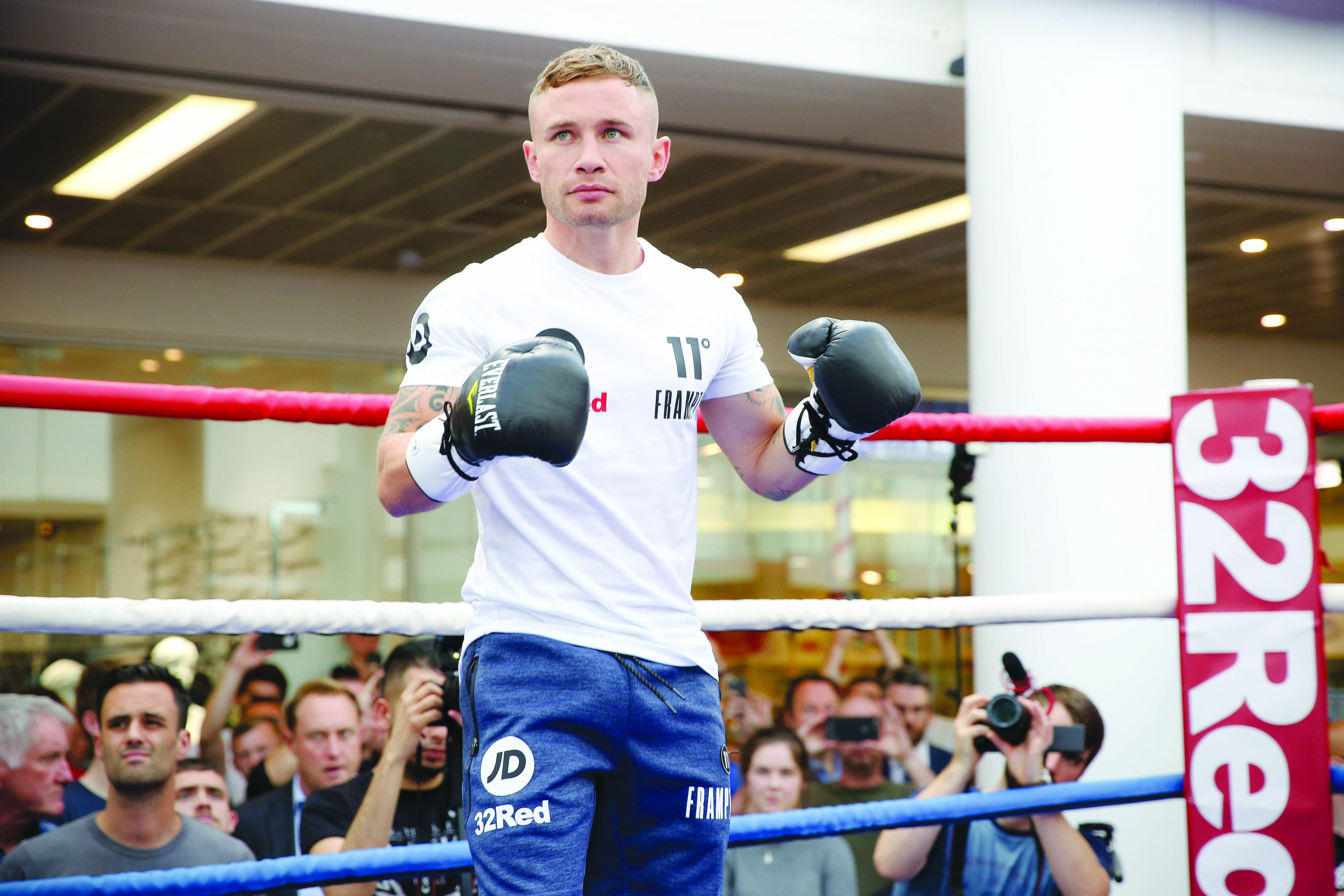 CARL Frampton has turned up the heat on Jamel Herring as the clock ticks towards his bid to become a three-weight world champion in London next month.

‘The Jackal’ will challenge ex-Marine ‘Semper Fi’ for the WBO super-featherweight title on February 27 knowing victory would make him Ireland’s first-ever three-weight world champion and cementing his legacy in the process.

Herring was willing to travel to Windsor Park last summer to defend his title, saying the partisan home crowd would have made no difference to him in the ring, but the pandemic put paid to that and instead, this eagerly anticipated meeting was put on the back burner.

Having been forced to bide their time, the pair will finally clash behind closed doors in London and whilst that will mean a much more subdued atmosphere, Frampton has turned the tables and said that he believes the New Yorker’s self-proclaimed mental strength may not be all it is cracked up to be.

That is based on Herring’s September win over Jonathan Oquendo by disqualification that ended when the Puerto Rican’s persistent use of the head had opened a gash over the champion’s eye in the fifth. The fight continued for another three rounds with further head-butts delivered, with Herring then claiming he could no longer see out of his right eye and the fight therefore stopped due to fouls as he held onto his title.

Frampton suggests that Herring was perhaps a little too keen to accept the DQ win and believes the events of that night may have shown some chinks in the 35-year-old champion’s armour.

“He had an eye injury, but he clearly didn’t want to fight on,” Frampton told Queensbury Promotions’ ‘The Lowdown’ last week.

“I have never been in that position; I’m someone who would want to stay in there unless something forces the fight to be stopped, but it was just a strange finish.

“He is a tough guy and has had a tough life. The worst thing that can happen to any parent is the death of a baby and you need to be mentally tough to get over that. He did tours of Iraq and maybe Afghanistan with the US Marine Corps, but in that situation against Oquendo there were a few questions left to be answered.”

Herring did begin that fight well and dropped Oquendo in the third, but his performance became a little ragged as it went on despite retaining his title.

That came just weeks after Frampton had scored a routine win over Darren Traynor in London in a keep-busy fight. The Belfast man admits his own performance wasn’t earth shattering against the Scot and accepts he was overconfident on the night, but felt he enjoyed a much less stressful evening than Herring.

“It wasn’t great and I think he would agree with that,” he said of his opponent’s latest title defence.

“My own performance against Darren Traynor wasn’t great so I think both of us will have to up our game. Complacency crept in a bit for me that Darren Traynor couldn’t hurt me and it was hard to get out of second gear.

“Jamel Herring was in a different situation in that he was still defending his world title. It wasn’t a brilliant performance and I’m not going to say mine was either, but I was a lot more comfortable.

“Herring was winning the fight but it was a bit of a controversial ending. You heard Andre Ward and Timothy Bradley giving him a little bit of stick on commentary, so it opened my eyes that fight.”

That criticism clearly stung Herring, perhaps more than his damaged eye, as the following morning he hinted at retirement after he takes on Frampton, tweeting: “Sitting in a hospital, alone, while being called out with all sorts of negativity is something else. I’m not angry, I’m not sad, just deep in thought. I will still fulfill my obligations against Frampton, but that fight may be my last. Lost too much time from my family as it is.”

Such a statement may have been relayed in the heat of the moment, but has given Frampton some encouragement as to the psyche of his impending opponent.

Despite being the challenger next month, Frampton has undoubtedly greater experience of the major events and the pressure of huge fights.

He suggests that Herring’s tendency to respond to criticism on social media is a sign of inexperience and perhaps explains why the Belfast man has upped the mind games ever since the fight was confirmed last week.

“Another thing I noticed a lot is that he reacts to anything that’s said online,” he continued.

“This is the biggest fight he has been involved in and has garnered the most attention he has had, so maybe it’s just something he isn’t used to.”