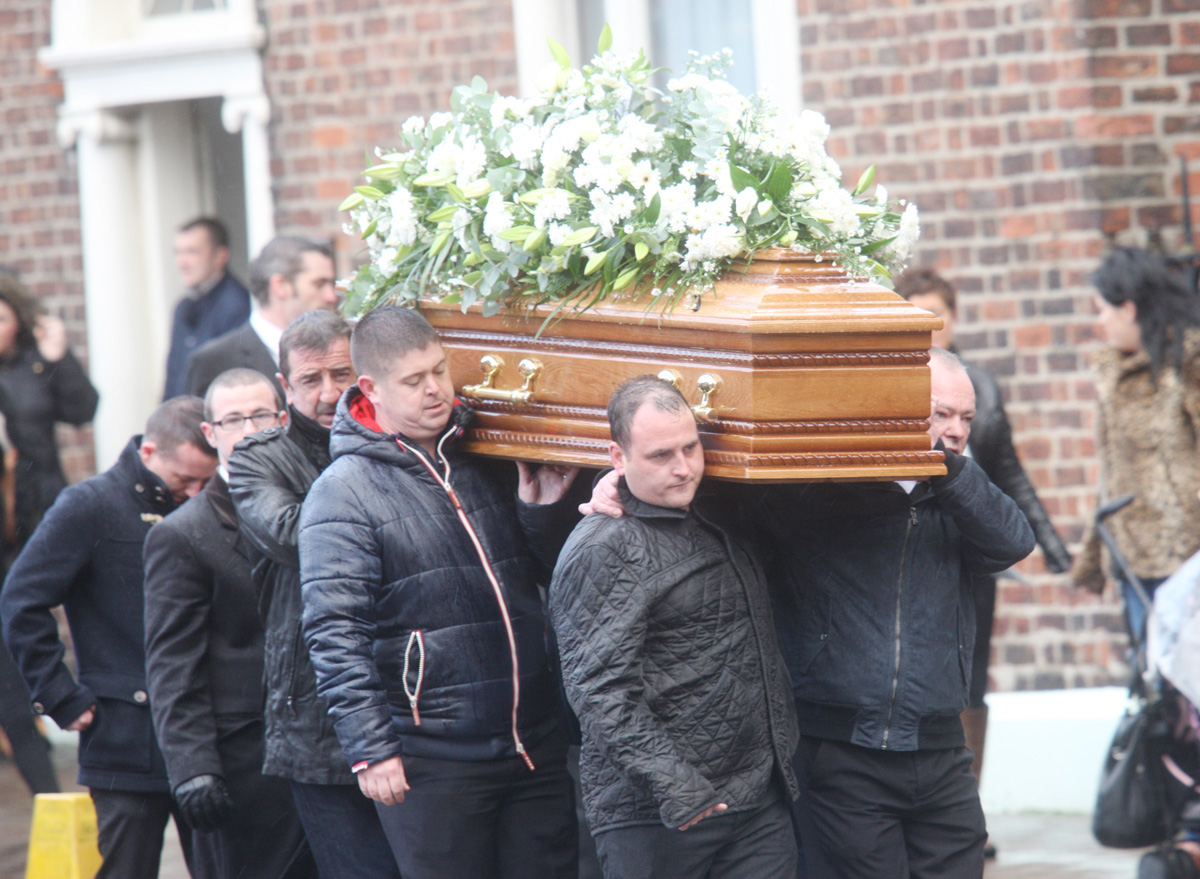 By david whelan d.whelan@belfastmediagroup.com
THE funeral has taken place of A North Belfast teenager killed in a car accident in the South of the city.
Conal Daly (18), a former Edmund Rice College pupil, was killed when the ‘runaround’ Jaguar he was travelling in collided with a Volkswagen Polo being driven by a 74-year-old nun on the Saintfield Road last Thursday evening (October 16).
The car in which the father-of-one was travelling was being pursued by police and heading out of Belfast towards Carryduff when the collision occurred. The vehicle is not thought to have been stolen.
Tributes have been paid on social media to the popular teen in the wake of the latest road tragedy.
Writing after the accident, his brother Tony said: “Heart is broken about my wee bro, can’t believe he’s gone. Love you more than words can explain xx RIP. Bro…God only takes the best and you were the best. Love you to bits.”
On Tuesday, Conal’s coffin was carried from St Patrick’s Church on Donegall Street, close to the family home, by relatives, including his two brothers, Declan and Tony, and his sister Lyndsey.
Two other men were travelling in the vehicle at the time of the fatal crash. A 16-year-old was arrested and released on bail by police on suspicion of a number of theft offences. Another man remains in a critical condition in hospital.
An investigation by the Police Ombudsman has been launched to establish exactly what happened. A spokesman said: ““Our investigation is ongoing and we are continuing to gather and assess all relevant evidence about the circumstances of the pursuit.
“This includes indentifying witnesses and any relevant CCTV footage, analysing data from the police cars involved and examining police radio transmissions.”
The spokesman added that a statement would be made once the investigation has been concluded.
The nun, who belongs to the Sisters of Mercy religious order, based on the Ballysillan Road, has been described as being in a stable condition.
News of the nun’s injuries comes just weeks after two of the order’s members – Sister Mary Duddy and Sister Frances Forde – were killed in a fatal accident as the travelled to Newry for a religious retreat.