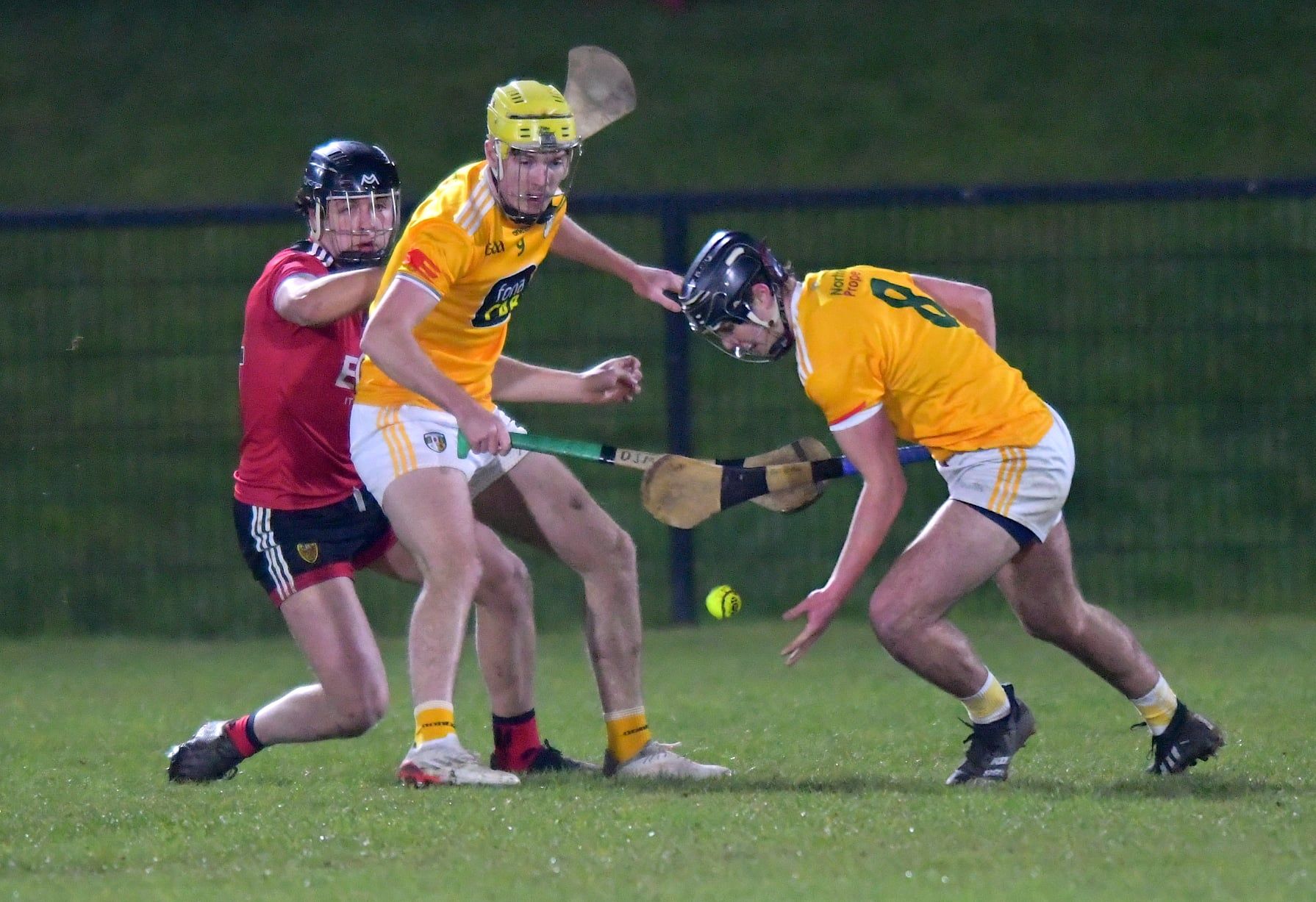 ANTRIM’S U20 hurlers will look to feed off the progress made at senior and minor level when they tangle with Laois in Round One of the Leinster U20 Hurling Championship at Parnell Park on Saturday.

With the county’s U17s winning all three of their MHC games to date and the seniors retaining Division One status, there is evidence of real progress being made across the board and the U20s want to play their part this weekend.

Antrim overcame Down in the preliminary round a fortnight ago, but the challenge will be much tougher on Saturday in what is a rematch of last year’s Round One tie that was decisively won by the O’Moore County.

It would be easy to suggest narrowing the gap on Laois this Saturday is the main goal, but it is the bigger picture that is in focus for Antrim’s management that is headed by Paudie Shivers who insists developing players to be able to progress into the senior ranks as the best version of themselves is the ultimate goal.

There is no doubt that Saturday’s game will be a huge test for Antrim, but it is one they will relish.

“It would be fantastic to go and get a performance on Saturday, but our job is to develop players to play for Antrim at senior level and if results come alongside that, then fantastic, but it’s not the main goal,” the Dunloy man insists.

“There’s no point looking back at last year because if you do, you’ll never go forward. For the players involved last year, it wasn’t a nice experience, but all we can ask the boys is to be the best they can be and they have been doing it.

“We’re looking forward to Saturday. Laois is a formidable outfit and we watched them against Offaly in the Leinster Development League final. They have players still there from last year and will be a difficult opponent so it will be a big ask, but if we get ourselves right then the hurling is there.”

The Antrim U20 Hurling team to play Laois tomorrow at 2pm in Parnell Park!

In attack, Antrim has plenty of firepower with Rian McMullan, Seamus McAuley and Christy McGarry leading the charge, but they will be tested against Laois this weekend.

This is where Antrim needs and wants to be, however, and while in years gone by, this age grade may have been something of an afterthought, it is no longer the case with serious work going on over the past number of years.

The U20s represented the county in the Conor McGurk Cup, Ulster’s senior pre-season competition, and testing themselves against fully developed senior hurlers proved to be a very worthwhile exercise in giving an indication of the direction they need to travel.

“Those games were massive and let us see against teams like Donegal and Jordanstown, who have a number of senior players, the level of physicality that is required,” Shivers agreed.

“We look at it in terms of raising the standard and structure of U20 county hurling in Antrim. That will then aid the development of players moving forward, but the key is to enjoy it.

“Players are not going to enjoy one or two games per year and that’s it.

“What we had to do was get a structure about when we would train, how we would train and get a programme of games in place, so the McGurk Cup was central to that.

“I can’t speak highly enough of those players for how they have committed, applied themselves and the bond they have formed.”

One major plus has been the U20s training alongside Antrim’s senior team that has given a visible pathway to those who will have ambitions of graduating into the first team in the coming years.

Darren Gleeson has viewed his role in Antrim as much more than simply the senior manager, but one that will help develop structures and a style that is employed by

Antrim’s underage teams so that when they do develop into seniors, they know the levels that are required to push on.

“I couldn’t say enough about Darren Gleeson and the support he has given me, the management team and the players,” Shivers acknowledged.

“We brought him in when we had our final panel of 30 and he already knew their names, knew their background, had watched them and would contact me after the games to give a bit of advice.

“I was at the game in Navan on Saturday (Division One relegation playoff against Offaly) and went up to congratulate him after, but his first question was to ask how the minors got on against Derry.

“We would be training alongside them (seniors) at Jordanstown and the lift it gives our boys seeing the likes of Keelan Molloy, James McNaughton, ‘Clarkey’ (Ciaran Clarke) and these boys as that’s where they want to be.

“It’s a top-class environment to be involved in and with the minors winning three out of three, the seniors back in Division One next year, the onus is on us now to maintain the good progress.”