Gaelic Games: Creggan edge out Sarsfield's to claim U20 B football title 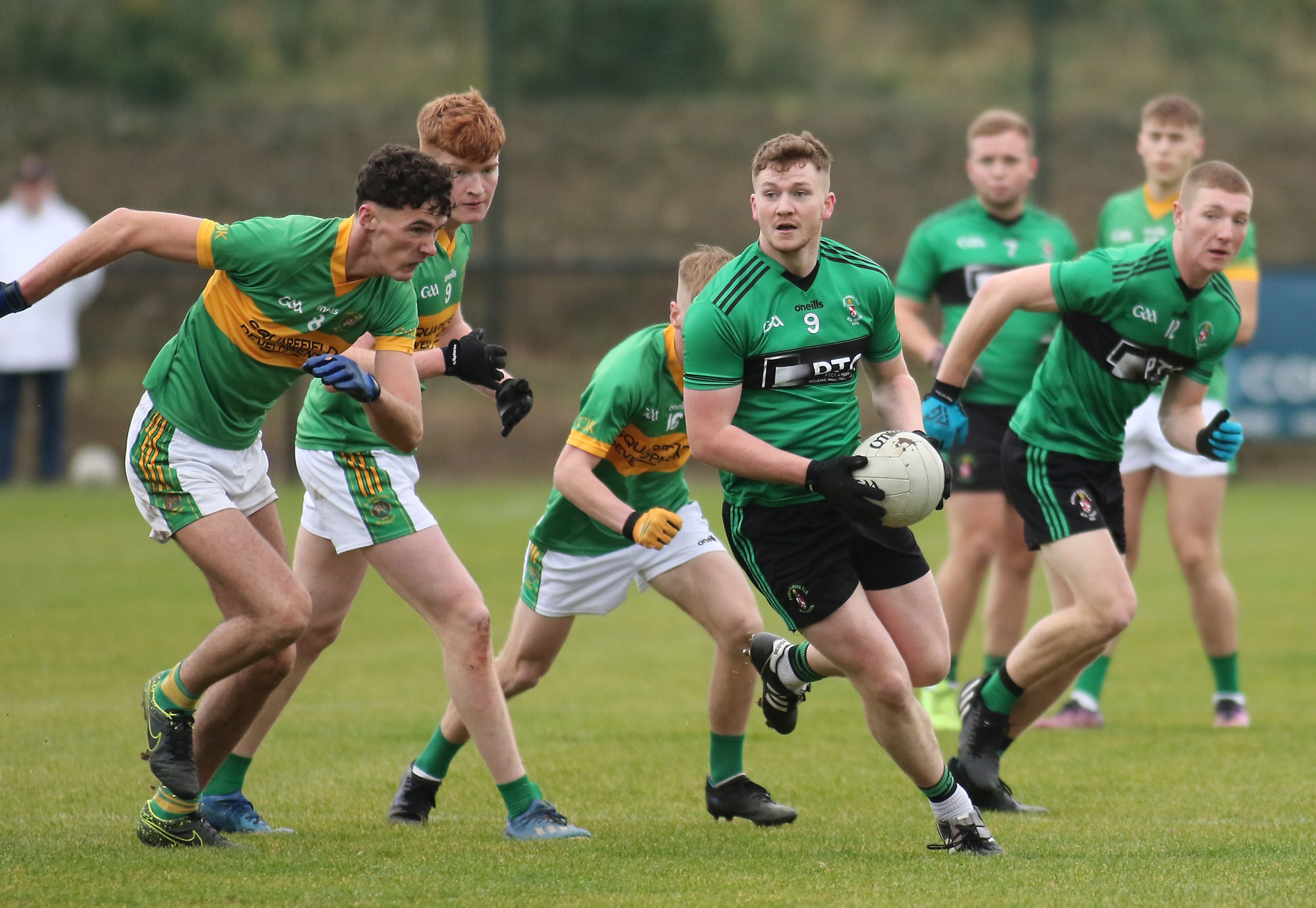 A SIX-POINT haul from Sean Duffin proved to be the winning of the Antrim U20 B Football Championship for Creggan as they found the winning scores down the stretch to deny Sarsfield's at Dunsilly on Saturday.

Kickham's were just two adrift at the break having played into the elements in the opening period and this appeared to leave them in decent shape, but Sarsfield's were right in contention until the closing stages when Duffin landed twice to settle the argument.

Both sides emerged as one-point winners in their respective semi-finals so there was no huge surprise this gamer was another close-run affair, with the men from Staffordstown Road just managing to find the winning scores.

Playing into the teeth of the wind for the opening period, Creggan showed patience early and were rewarded as Oisin McAteer curled over.

The Paddies were soon on the front foot with BrianHealy drilling over on the right, while a fine score from Sean Clarke gave them the lead and they would have a half sniff of goal when Daire McMenamin was played in, but his soccer-style shot was saved out for a 45 that was converted by Daniel Smyth.

Some chances had come and gone for Creggan who were struggling with the swirling wind but did manage to find their range on 15 minutes as Joe McAteer carried in close and they were level through a Sean Duffin free.

This was an even opening period with the sides competing well and they would exchange points before Creggan then had a sight of goal when Oisin McAteer looked in, but Sarsfield's goalkeeper Jonathan Rodgers was alert to the dangers and quick off the line to clear.

The city side began to enjoy more success in attack with Daniel Smyth and Patrick McShane pointing, but on 30 minutes, they would lose Smyth to a black card for a needless McAteer.

A Sean Duffin free trimmed the gap to one, but a 45 from Brian Healy after his half-chance was deflected out gave the Paddies a 0-7 to 0-5 interval advantage.

Creggan had the wind at their backs for the second half and wasted little time in taking advantage with Duffin tapping over a free within a minute and then a flowing move resulted in the full-forward finishing to tie the game.

But Sarsfield's were always in contention and were able to get on the front foot, but like their rivals in the opening period, shooting into the wind was an issue with the ball carrying out to the right, so it was vital they move the ball as close to goal as possible.

They did just that on 40 minutes with a fine, flowing move that finished with Patrick McShane drilling over to edge them back in front, but Creggan were soon back on terms with Jonathan McKenna playing a quick free out to Joe McAteer who pointed from distance.

Both teams pressed and probed, but defensively they were both assured as they limited opportunities and made the vital touches.

As the minutes ticked away, there was a sense that the next score would prove to be crucial and it arrived on 52 minutes as Joe McAteer sent in a long free that was fetched by the towering Lee Johnston who popped to Duffin to do the honours.

Sarsfield's were now the team searching for an equaliser, but were given little easy and the windy conditions were not rising their cause as a few shots tailed out to the right.

The wind was more of a help at the other and a Duffin free from range doubled the Creggan advantage with Sarsfield's now chasing a goal, but they found Kickham's back door firmly bolted as the men from the South West claimed the title.