Gaelic Games: Football action in Antrim's Divisions One and Two this evening 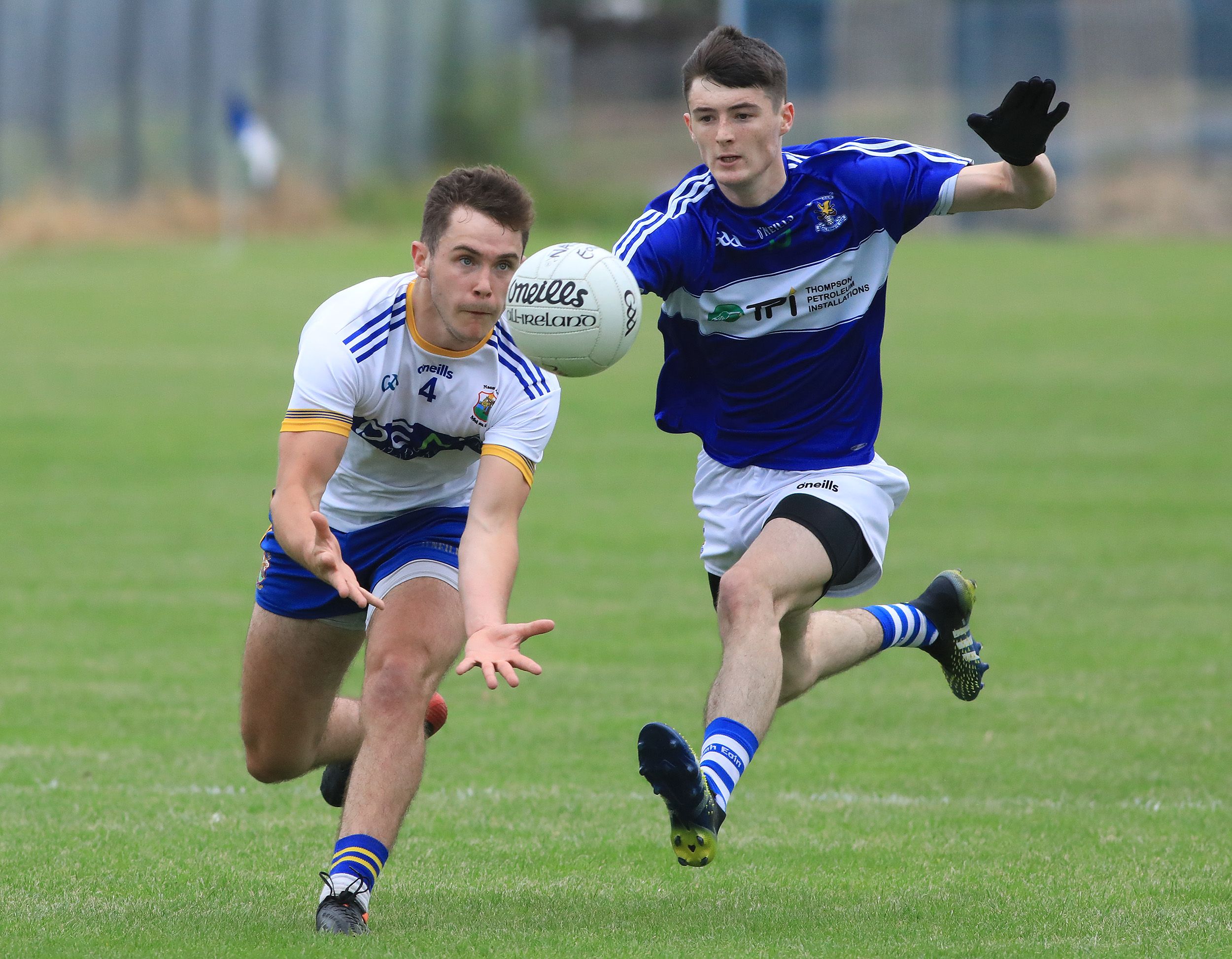 IT'S getting tight at the top of Antrim Football League Division One with one point separating three teams who are all in action this evening.

After tonight and Sunday's games, there will be just one more two-game block before the divisions split, so every point will be keenly contested with clubs battling to ensure they are in the top half aiming for silverware, rather than the bottom fighting to stave off relegation.

Despite having their lead at the top cut to one, Portglenone won last time out at Lámh Dhearg to remain in first place and they will aim to stay there with a victory over Aghagallon this evening.

Creggan are nipping at their heels and the county champions are in Turf Lodge for a meeting with bottom of the pile Gort na Móna, while Cargin - who are also just a point off the leaders but have played a game more - make the journey to Glengormley to face Naomh Éanna.

Rossa have been on a decent run of form and they can stay within striking distance of the top three teams should they bank the points away to Tír na nÓg.

One of those battles to push into the top half takes place at Musgrave Park as St Brigid's host St John's in a game that could decide who is either looking up or over their shoulder, while Lámh Dhearg head to the South West to face second from bottom Ahoghill.

In Division Two, Davitt's sit on top and they will have their title credentials tested as one of their nearest challengers, Aldergrove, arrive in West Belfast.

Moneyglass will be keen to pounce on any slip-up by the Falls Road club as they face Ardoyne at The Cricky just one point off the leaders ahead of this evening's round of games.

Glenravel and St Paul's are both on 10 points along with Aldergrove, so their meeting in the Glens this evening will leave the victor in a healthy place ahead of the split.

At the bottom of the table, Sarsfield's will host St Teresa's with both teams desperate for the points in their bid for safety, while second from bottom Rasharkin are in Glenavy and the remaining game is a mid-table battle as Ballymena host Dunloy.