Gaelic Games: Race for the Volunteer Cup gets underway 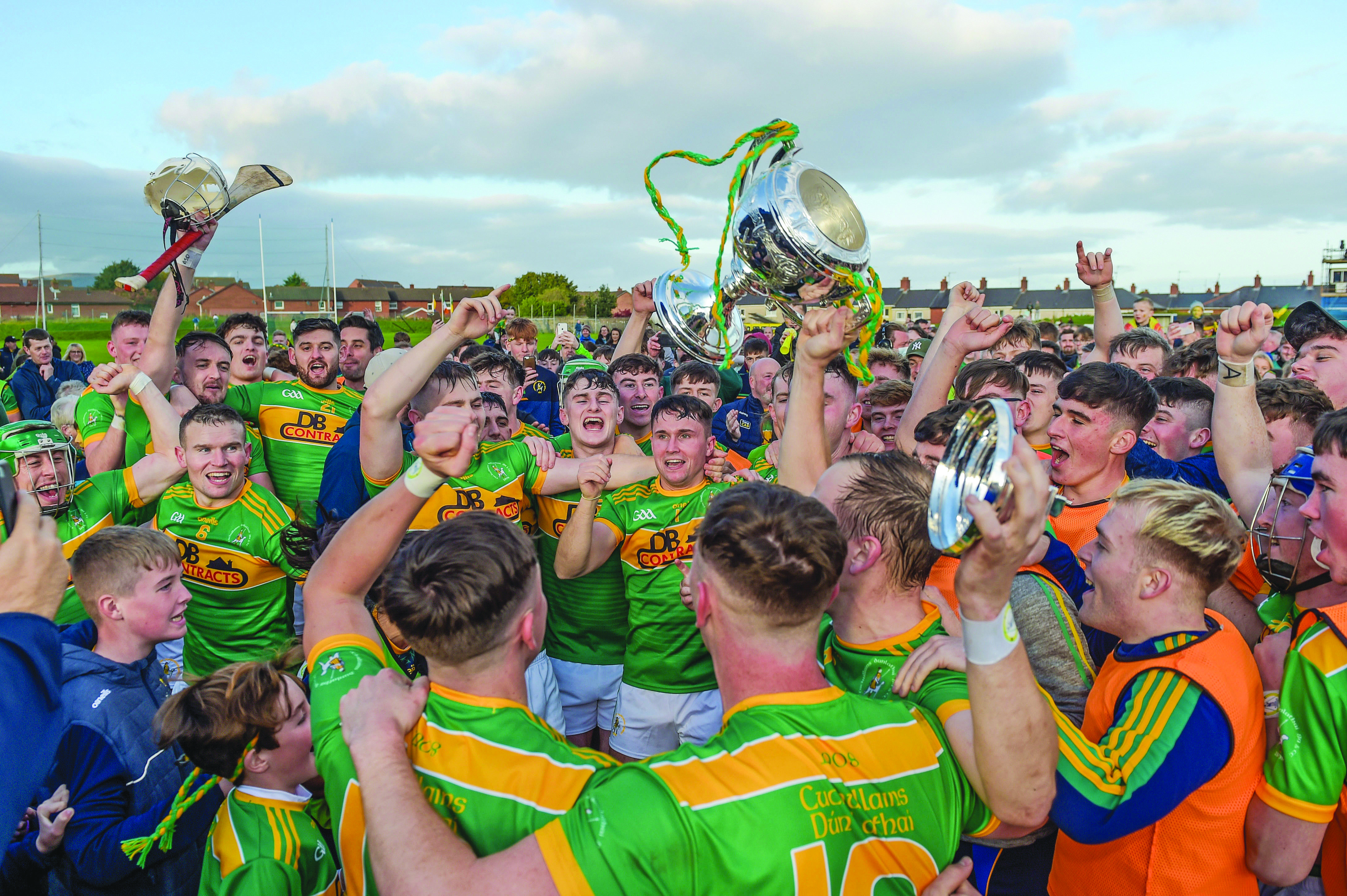 Dunloy made it three-in-a-row last year and they are in Ballycastle this weekend for their opener, while the rest of the pack begin their quest to dethrone the Cuchullains INPHO

WITH the shadowboxing of the league now complete, it's time to step it up a notch as Antrim Hurling Championship time is now here.

There is always an added buzz when the race for the Volunteer Cup begins and the question this year is if anyone can get the measure of Dunloy who are bidding for four-in-row.

The defending champions get their campaign underway on Saturday evening as they make the trip to Ballycastle for a Group One clash and they have been bolstered this year by the return of Nigel Elliott who has spent the past few years in Australia.

The Cuchullains will be big favourites to get off to a winning start against the McQuillan's who can be a little unpredictable, but last year failed to emerge from the group stage so the men from 'The Town' will be fired up for this opening clash.

Rossa had an up and down league, but will look to step it up a couple of notches this weekend against the Division Two champions who have been on a steady upward curve in recent seasons having won the Intermediate Championship last year.

Making the step up to the top level on Saturday will be a challenge and Rossa will be keen to stamp their authority early.

The action begins on Friday evening in Group Two with a repeat of last year's quarter-final at Hightown.

Naomh Éanna host Cushendall in an intriguing match-up with the men from Hightown making steady improvements in recent years, so it will be interesting to see how they perform against a seasoned Ruairi Og outfit that ended their season last term, but not without a fight.

With home advantage, they will be keen to get off to a positive start and build on a league campaign where they consolidated their top-flight status.

Use the link below to sign in now to be able to watch the first game FREE on Friday - Bathshack SHC - @NaomhEannaCLG vs @RuairiOgCLG, at 7.30pm. https://t.co/WWEklTTnpn and see more details on our Facebook page. pic.twitter.com/vGgIN20dY4

The other game in the group takes place at Corrigan Park on Saturday and is also a repeat of a 2021 quarter-final as St John's host Loughgiel.

St John's won that game under the floodlights at Portglenone and will be keen to score a repeat to signal their intentions for the year ahead with their squad bolstered by the arrival of Oisin McManus who has given them added scoring power in attack.

Loughgiel may be rebuilding little, but they still have plenty of quality throughout their team and another thrilling battle is anticipated this weekend between two teams keen to lay down a marker.

The Intermediate Championship began on Wednesday evening and the action continues over the weekend with a meeting between neighbours Glenariffe and Glenravel down for decision on Saturday.

The remaining games take place on Sunday evening to allow for those planning to head to Croke Park for the Antrim junior camógs, with Group One's other game taking place at De La Salle Park where St Gall's host last year's runner-up Creggan in what seems to be the game of the weekend at the grade. Sarsfield's get the bye in the five-team group.

In Group Two, St Paul's are on the road as they make the long trip north to face Cushendun, while Gort na Móna - who make their bow for the year after sitting out Wednesday - are at Tír na nÓg with Clooney Gaels receiving the bye.

The Junior Championship begins on Friday evening with Group One seeing a very intriguing match-up between Junior B winners St Brigid's and Davitt's.

The Biddies have been riding the crest of a wave, deservedly claiming that B title with a win over Ardoyne next week so immediately get the chance to step up in order to see just how much of a gap there is to the next level. Ballymena and Rasharkin meet in the other game in Group One.

In Group Two on Friday, Armoy host Cloughmills, with the other game taking place on Saturday as part of Lámh Dhearg's new pitch opening weekend as the Red Hands will host Glenarm in what appears to be something of a group of death.