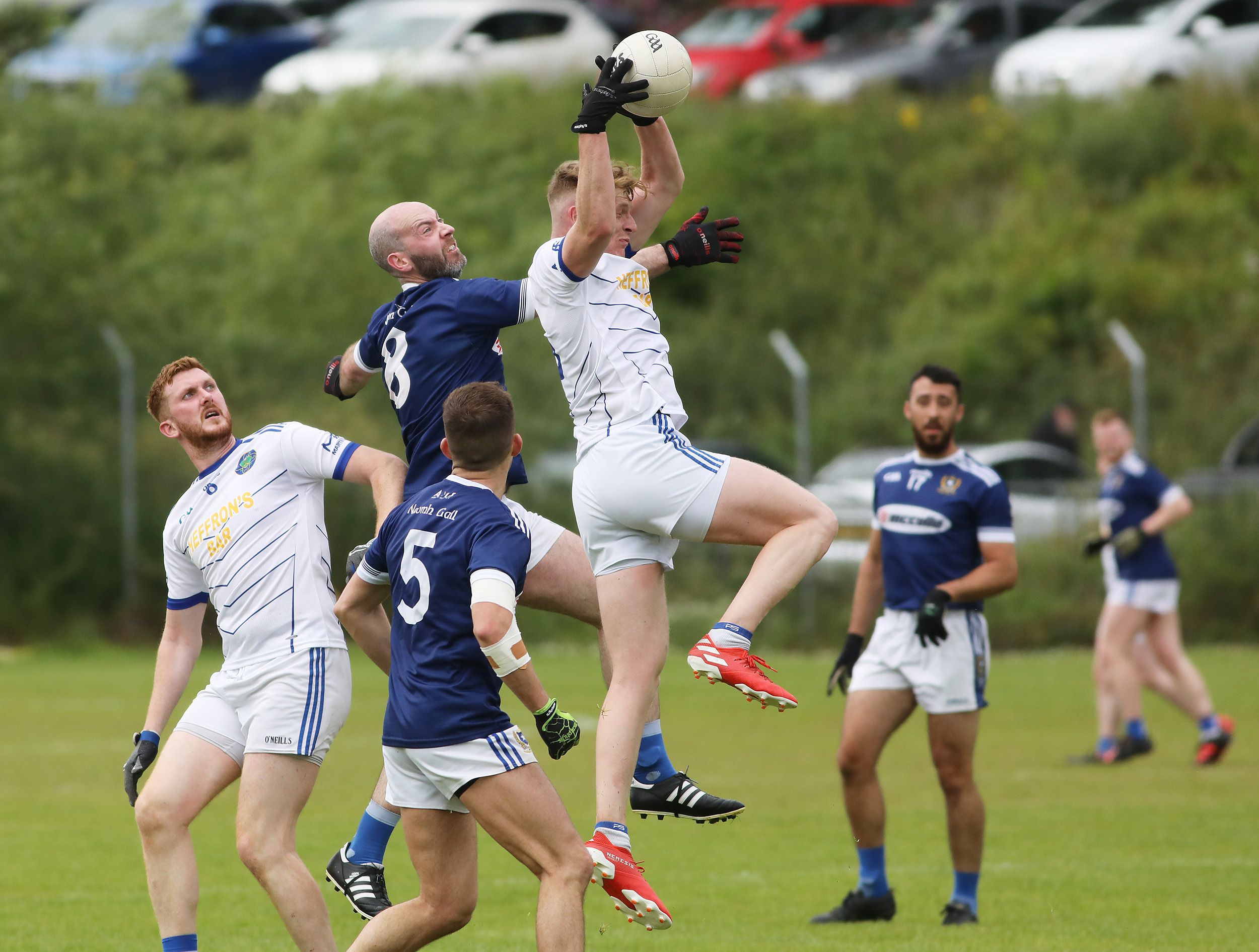 St Gall’s took on the Randalstown side in a feisty affair at De La Salle Park on Sunday afternoon.

The Belfast side saw themselves clinch their first victory, after a barren spell which saw losses to Lámh Dhearg, Creggan and Cargain consecutively.

All was not in St Galls’ favour as Tír na nÓg took an early three-point lead with the scores at 0-4 to 0-1in favour of the away side.

St Gall’s drew level shortly after much to the woes of Tír na nÓg.

Ciaran Dobbin scored the first goal of the afternoon as he put Tír na nÓg ahead 1-4 to 0-4 minutes before the half-time whistle as he slotted home at the near-post.

St Gall’s replied almost instantly as Niall Fallon latched onto a fumbled ball and fisted the ball over the line.

Daniel O’Neill scored a free after a clean catch allowed the Randalstown side to lead by a point at the break.

St Gall’s trailed at half-time 1-5 to 1-4 in the first fixture after this season’s divisional split.

The second 30 minutes saw the game spice up. Moments after the second-half throw-in, Callum Walsh was smashed into by midfielder Ryan O’Neill.

The clash resulted in a brawl which saw the referee brandish two bookings for Ryan O’Neill and Ciaran Dobbin from the visitors.

Michael Pollock of St Gall’s ran over to break up proceedings as the youngster Walsh was seemingly being targeted by the away side.

Daniel O’Neill capitalised and scored a goal from close range after a defensive error from St Gall’s allowed the forward a free shot on goal.

Michael Pollock scored a lovely point to reduce the deficit after a tussle with the opposition centre-back he broke loose and scored from 30 yards out.

Substitute Cormac Bradley scored a superb point as his tremendous solo run resulted in him thumping an outside-the-boot shot to level the game with minutes to play.

The Milltown men proceeded to slow down the game and took the lead in the final moments.

Conaill Murray’s effort struck the bar and went over to put the blue men in front for the first time in the game.

Garric Adams pointed from the 21-yard line and extended the game to a two-point lead and sealed it late on. 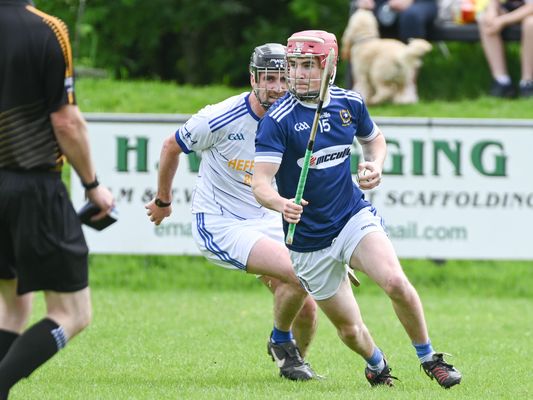