GERRY ADAMS: Coming election is the most important in years 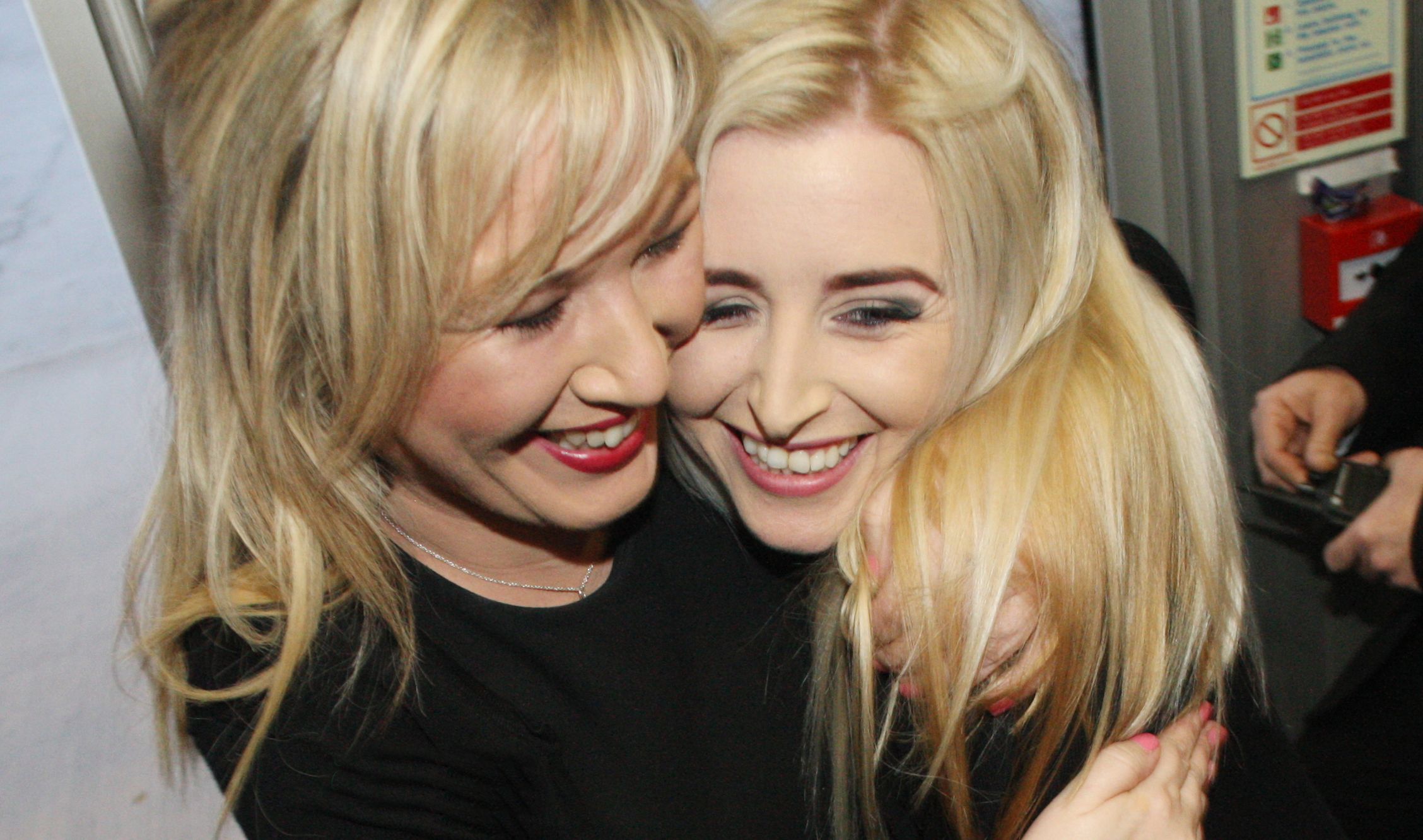 ONE unionist Twitter account at the weekend posed the question: “How many different ways can the DUP tell us we MUST vote DUP no matter how incompetent or corrupt they have been?”

The comment followed Jeffrey Donaldson’s claim that this election is the most important in a generation for unionists. He warned: “Sinn Féin will push for border poll unless DUP wins in May election.”

Of course, Jeffrey knows that whatever the outcome of the election – win, lose or draw –Sinn Féin’s efforts to secure a unity referendum will continue. It’s what we believe in. The Good Friday Agreement provides for it. As an Irish republican party our objective is to end the union with Britain and to create a new agreed Ireland. The shape and form of that new Ireland will be a matter for the people to decide, democratically, peacefully, respectfully. Jeffrey knows this too.

However, he also knows that the DUP is facing a significant electoral challenge in the Assembly election. That means his first task is to unite a disunited party. Secondly, he must motivate the unionist electorate – some of which has indicated that it is fed up with unionist politics – to vote for the DUP, or at least transfer to the DUP. To achieve both goals he has fallen back on the oldest trick in the unionist playbook: the Orange card.

Traditionally the Orange card seeks to mobilise the unionist vote through fear. To scare it into believing that the republican bogeyman means to destroy their way of life. To claim that only by uniting behind whichever unionist party is dominant at any given moment – the Ulster Unionist Party/Vanguardy/the DUP/the TUV – can they hope to protect the unionist status quo and emerge triumphant. They’ve all done it. From Carson to Brookeborough; from Craig to Paisley. Arlene Foster’s crocodile moment in 2017 was part of this ethos.

But this time a subtle change is taking place. The DUP is in disarray. Questions are increasingly being asked about its negative role in the Brexit shambles; its support for Johnson, even when everyone around them knew and knows he is entirely untrustworthy; its rejection of a Protocol Johnson negotiated with their support, a Protocol that is protecting jobs and businesses.

Contrary to their efforts and that of others to whip up public opposition to the Protocol, a recent opinion poll revealed that it is not the most important issue for the Protestant/unionist/loyalist electorate. On top of this the Court of Appeal definitively threw out unionist efforts to have the Protocol overturned.

The constitutional issue is hugely important but so too is the cost of living crisis. Hikes in energy, in electricity, oil and food, a war in Europe – these are also issues that matter. The DUP response has been to crash the Executive, refuse to take the steps needed to free £300 million of potential supports, opposed integrated education, marriage equality, women’s health rights, Acht na Gaeilge and much more.

At the same time many are appalled, but not surprised, by the DUP’s refusal to accept the democratic outcome of the election.  Should Michelle O’Neill emerge as the leader of the largest party, will they support her election as First Minister?

This is Jeffrey Donaldson’s big moment. Democracy – DUP-style – means only accepting an outcome they want, not what the electorate vote for.

Last week Jeffrey Donaldson unveiled the DUP’s 2022 Assembly election slogan for  May 5: Moving Forward Together. But who is he planning to move forward with? Is it their Executive partners in Government? Or is it just a message for unionism? Whoever it is aimed at the fact is that for an election slogan to be credible it must credible.

Moving Forward Together? With the UUP? The PUP? Alliance? The SDLP? The Greens? Sinn Féin? The English Tories? The DUP?  Okay, I give up.

However, Jeffrey did make one salient point. This election will be the most important of recent years. That means making sure you are registered to vote. You have until 14 April to Register.  https://www.eoni.org.uk/Register-To-Vote//

If for any reason you can’t get to the polling station apply now for a postal or proxy vote. You have until 12 April. https://www.eoni.org.uk/Vote/Voting-by-post-or-proxy/

FOR the last two weeks the alternative plan for the development of Moore Street prepared by the Moore Street Preservation Trust has been on exhibition in Cork. Regular readers will know that I have a particular grá for the 1916 Moore Street Battlefield site and the efforts to save this hugely important historic area from developers who plan to destroy much of it.

The exhibition opened in the Nano Nagle Centre in Cork on March 12 and runs to March 26. Belfast will then have its opportunity to see it when it is officially launched here on  March 30 at Arás í Chonnaighle. It will then be put on public display in the Kennedy Centre on Friday April 1 and Saturday 2.

The prize is one of the iconic Howth rifles smuggled into Ireland in 1914 and which were later used in the Easter Rising of 1916. The Mauser rifle is one of 900 that were landed at Howth harbour in July 1914. The shipment was brought to Ireland on board the yacht Asgard, skippered by Erskine Childers, Molly Childers, Roger Casement, Alice Green and Mary Spring Rice. Among those who were at Howth were hundreds of Volunteers, Countess Markievicz, with members of Na Fianna Éireann and Thomas MacDonagh, one of the signatories of the 1916 Proclamation. They carried the rifles into Dublin in handcarts and by bicycle and car.

PEOPLE NEED TO KEEP THEIR WORD AT LAST

TWO weeks ago almost two hundred Gaeilgeorí from across the North gathered in Belfast City Hall to celebrate 12 years of Ciste Infhéistíochta na Gaeilge. This is the Irish language investment fund that was established following a particularly fraught negotiation at Hillsborough Castle in early 2010 that centred in the main on the transfer of policing and justice powers to the Executive and Assembly.

It was another of those occasions when the British government’s failure to honour previous commitments and the DUP’s opposition to those commitments brought the Good Friday Agreement institutions to the point of permanent collapse.

One issue for republicans in those negotiations was the lack of any progress on Acht na Gaeilge which had been promised in the St Andrews Agreement in October 2006.

The Sinn Féin negotiating team went into the discussions determined to challenge the British and Irish governments on this failure. For much of it both Gordon Brown, the British PM, and An Taoiseach Brian Cowen refused to even talk about the Irish language. But eventually Sinn Féin succeeded in securing £20 million in funding. £12 million was to go to the Irish Language Broadcast Fund for a further four years after 2011 and £8 million was provided for funding for Irish language capital projects that would provide much-needed resources and facilities for the growing Irish-speaking section of our people. An Ciste’s role is to sustain and assist the development of Irish language communities, provide financial support and fund capital projects which will create jobs, and to develop cultural hubs.

In the years since then it has succeeded, along with its partners in providing £20 million for some 30 projects. An Ciste made some presentations in the course of the evening, including one of a very fine photograph of this columnist. Go raibh maith agaibh.

So, it good to reflect on the progress which has been made over recent years. Thousands of our young Gaels are being taught through the medium of Irish and making use of facilities provided by An Ciste. But much more progress is needed. Not least on the provision of Acht na Gaeilge. The St Andrews Agreement was 16 years ago. It was agreed at the Hillsborough negotiations in 2010 that progress would be made. It was an integral part of the ‘New Decade, New Approach’ deal hammered out in January 2020. From last summer the British Government has set several dates for it to move the legislation in the British Parliament – legislation it has prepared. In recent months we were repeatedly told that it would be done before the Assembly dissolved for the May election. I never believed that. That’s next week.

Is it likely to happen – even at this late stage? It seems unlikely. This British Government, even more so than its predecessors, is not known for keeping its word. Just ask the DUP. So no surprises there. Our task is to continue to demand of this British Government Acht na Gaeilge. To argue for, to lobby, to campaign, to demand the right to equality of treatment and parity of esteem for Irish speakers. Nothing less is acceptable.