Getting away from it all 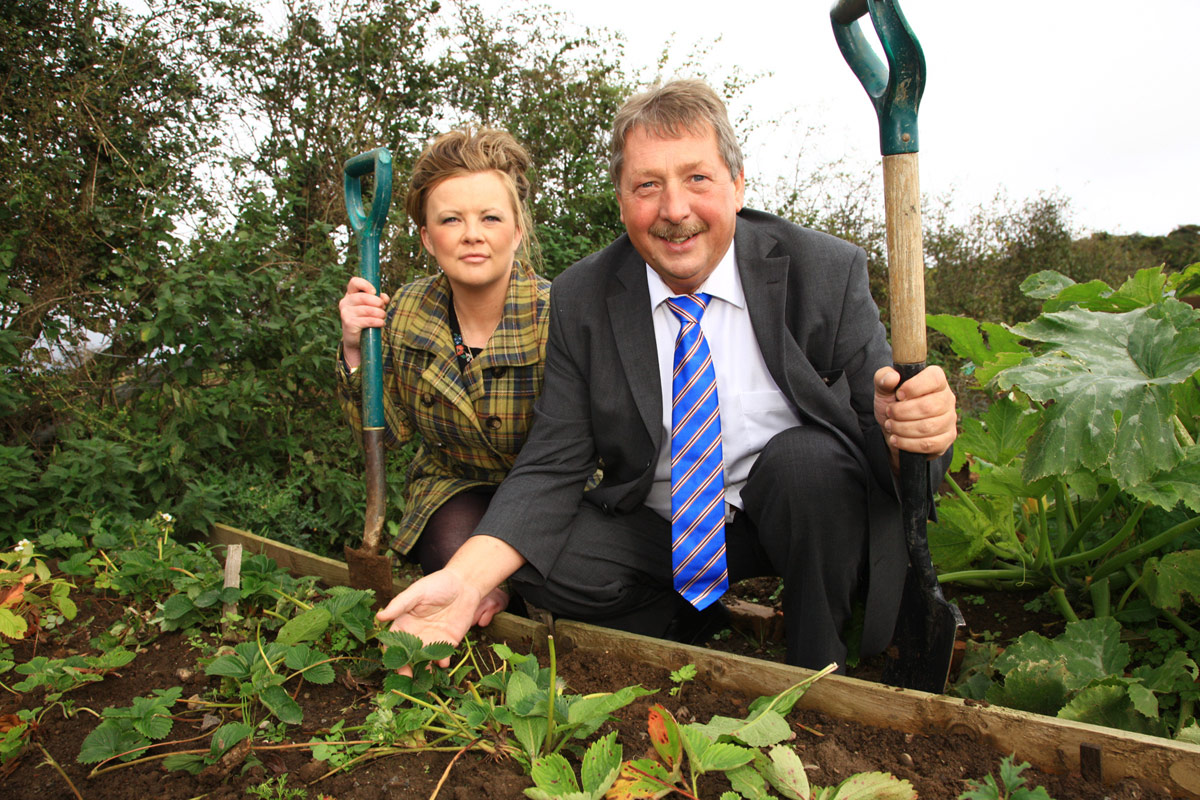 With the price of food on the increase, more and more people are taking the plunge and growing their own.Whether it’s a raised bed or a row of potatoes at the bottom of the garden, it seems that more of us are growing our own vegetables. But what if you want to go further but your garden is just not big enough? In that case the only alternative is an allotment.

The Little Green Allotments opened last month on the White Mountain between West Belfast and Lisburn. Managed by Grainne Phillips on land that has been in her family for over 100 years, she’s literally been preparing the ground before opening the facilities to the public. Coming from six generations of farmers she knows a thing or two about growing vegetables and is receiving a lot of interest about her new venture – even from Stormont.

Last week she was showing Finance Minister Sammy Wilson around her site and telling him of her plans including a farmers’ market and cookery courses, as well as a range of workshops.

“The site we have at the minute facilitates 60 and we try to help people out as much as possible because we have people who just don’t know anything to people who know everything,” said Grainne, who pointed out that there are still some plots available.

“We plough and rotovate the land and put up the fencing for everybody, then it’s up to you to grow what you want on the plot. So it’s your wee space to relax and chill out in, to maybe put up a shed if that’s what you need and just crack on with it. So if you need to ask any questions we’re there to help.”

Grainne said the soil at the Little Green Allotments has never been polluted with chemicals or pesticides or anything unnatural.

“It’s 100 per cent organic. This can be seen in the rich abundance of flora and fauna species amongst the wild meadows.

“My background is hospitality so I see this not only as a service but as offering a facility as well.”

“As a minister I like to get out and see what is happening in the economy, anything from firms that are employing thousands of people to seeing what individuals are doing to be enterprising to create economic opportunities,” he said.

“I also had an allotment for years in Belfast and now I grow my own fruit and veg in my own garden so I was interested from that point of view.

“Another reason I’m here is a new type of idea for diversification in the rural economy which has lots of spin-offs from the point of view of leisure, and also from the point of view of knowing where your food comes from. I think it’s good when youngsters know that when they eat potatoes they know where the potatoes come from and people value food more as a result of that.”

The Minister was also impressed with his tour of the Little Green Allotments.

“Grainne has given it a lot of thought. It is also a magnificent setting looking down on the Mountains of Mourne. It’s an ideal opportunity to get away from the hustle and bustle of the city and it’s very satisfying at the end of the year to grow your own potatoes, dig up your own carrots or pick your own strawberries,” he added.

The Little Green Farmers & Craft Market will also be taking place at 7pm on Saturday, October 22.

Find out more at www.thelittlegreenallotments.com