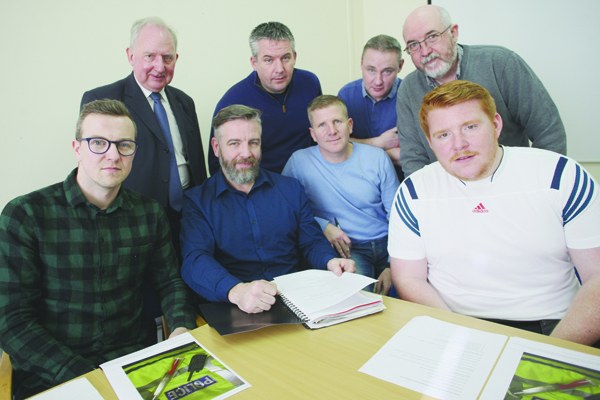 CONCERNED groups and politicians united this week in their bid to tackle anti-social behaviour in Glengormley.

The town was plagued with problems over the weekend of 5-6 January after an ‘unprecedented’ number of young people gathered in the O’Neill Road and V36 Valley Park areas.

Both councillors clashed over youth provision after UUP councillor Michael Maguire promoted the work of Glengormley Youth Centre in the Glenvarna area of the town. Sinn Féin’s Michael Goodman said the reality was the centre was not being used by young people from the nationalist side of the community.

“There is a need to accept good relations don’t work without political support. There is a lack of political will to deliver facilities in the area,” he said.

“Lilian Bland Pavilion Park is not being used because it is seen as a ‘contested space’,” he added.

Glengormley businessman, Brendan Carlin, who runs Copius Group in the town centre, said there was ‘frustration’ in the business community.

“Glengormley does not have an identity,” he explained.
“The centre of Glengormley is a neutral venue. We have to be wary about just moving the problem somewhere else.

“We should also not demonize Glengormley youths. The trouble-causing young people are often not from the area and require specialist work because they are the ones at most risk.”

Chris Quinn, Director of NI Youth Forum said: “We would like to thank stakeholders for joining us at this meeting. The NI Youth Forum is keen to bring something positive to the table and through projects such as Fight to Unite and Amplify Youth we hope we can offer both universal and targeted services to young people in the Glengormley and Newtownabbey area.

“We have been involved in a plethora of projects with communities right across the North over the years and we want to use what we have learnt for the betterment of our young people and the Glengormley community.

“We are calling on the Council to reestablish their Shadow Youth Council to act as a mechanism to give young people a say and be part of the solution as opposed to being seen as the problem.

“We are also calling for the establishment of a Youth Provider’s Forum which is fully inclusive and meaningful. Having spoken directly with young people we are acutely aware that their key priority is having somewhere to go, something to do and someone to talk to and we are therefore asking that the Council revisits their work on the call for a Youth Zone for Glengormley, which would be supported by professional youth work.

“We would like the PCSP to address negative stereotyping of young people along with the aggressive posts that have recently appeared on the Newtownabbey PSNI Facebook page.”