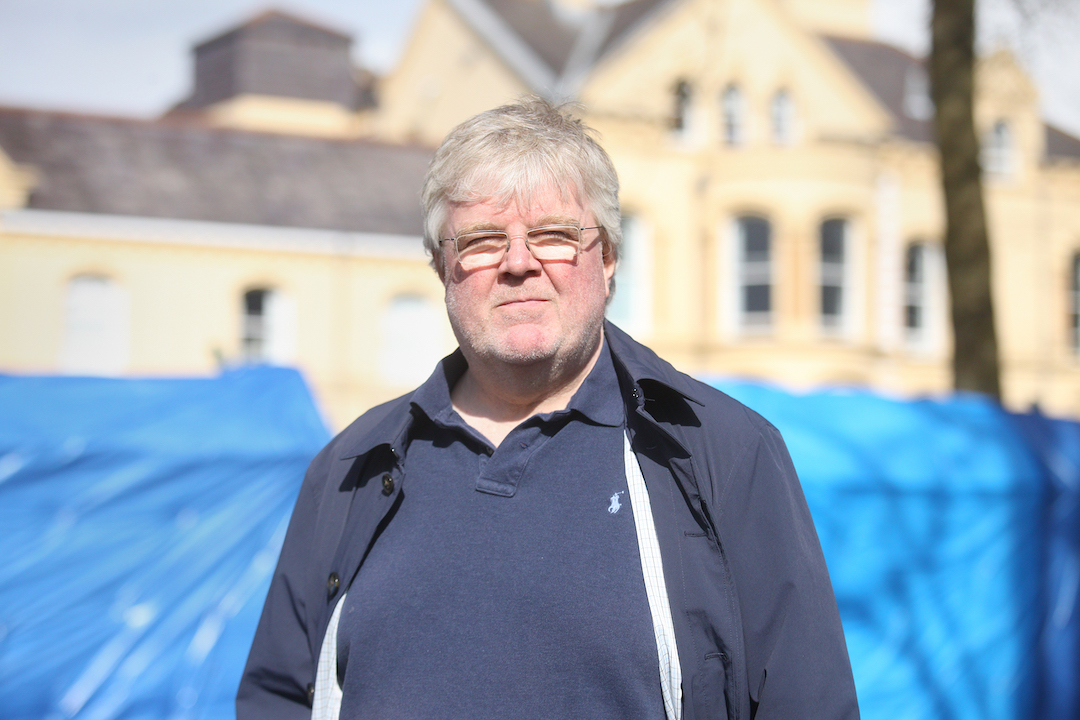 Martin McBurney from nearby Adelaide Park contacted the South Belfast News to raise his concerns after work began to build a wall between the boundary of the building and his street.

After being denied a meeting with consultate officials, he told us: “It is very disappointing that the Consulate would not meet with the residents to discuss the ongoing works.

“It is my belief that these works do not have planning permission. The building on the site is listed and is located in the Adelaide Park and Malone Park Conservation Area which has an Article 4 restriction which does not allow permitted development and it is also adjacent to the wider Malone Conservation area.

“This site is heavily protected with planning policy and procedures and there are guidelines to be followed when doing work in the conversation areas.

“As with any Embassy or Consulate, I do understand that there are security issues, but this can be done in a way that is sympathetic to the conservation area and the built environment in this particular area."

Mr McBurney, who has campaigned relentlessly to persevere the character of the area, said work on a wall along the boundary at Adelaide Park took place over the weekend.

“I believe the Consulate have come up with plans that would not have been passed by the planners and satisfy your neighbours and fulfill the requirements set out in the conservation areas planning policies and guidelines.

“Going ahead with works on the site will cause harm to the conservation area and the residents amenity with only cause ill will.”

In response, a spokesperson for the Chinese Consulate in Belfast said: “The Chinese Government is carrying out crucial works to its consulate premises to bring them up to the highest standard of security for today's volatile world.

“Just last week, a young boy climbed over the fence into the Consulate grounds retrieving a ball causing a major security incident.

“Luckily the Consulate's security personnel quickly realised it was just an innocent boy with no ulterior motive.  The local residents have now been asked to respect the Consulate's diplomatic privacy and special security.

“The Consulate has always been in contact with the relevant offices in Belfast and UK on the works, who granted Diplomatic Premises status for the Consulate premises and grounds under the Consular Convention, which is a reciprocal agreement between China (and other countries) with the UK.  The UK consular premises in China also enjoy immunity and special privileges in China.

“Ultimately, a visibly strong and secured premises for the Consulate will enhance safety to the local area, its community and residents.”