Handball: Age only a number as Brady claims Golden Gloves in Belfast 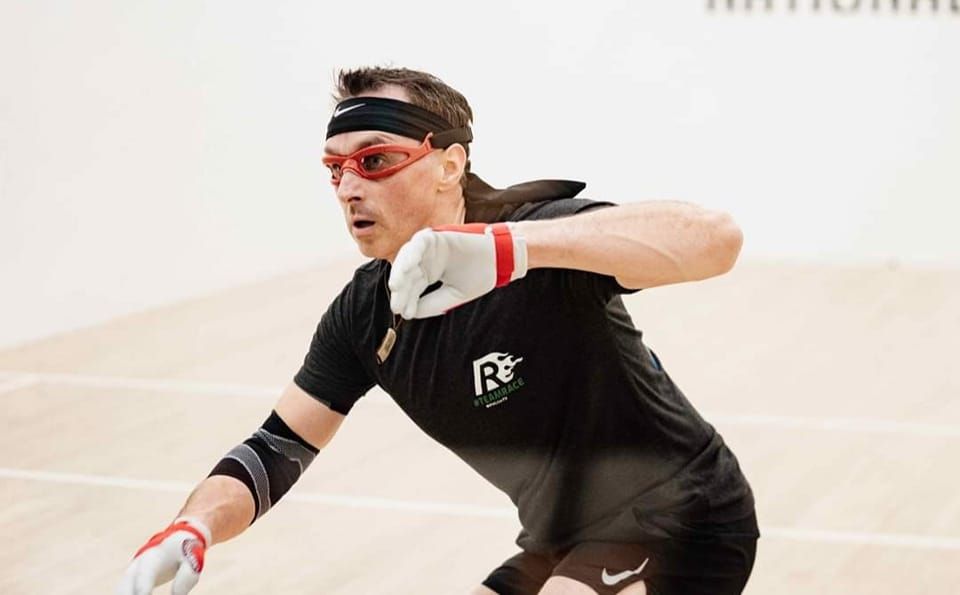 THE  GAA welcomed the best players in Handball back to the 4-Wall courts in Belfast for the 33rd Golden Gloves, including the return to the 42-year-old living legend Paul Brady along with Martin Mulkerrins, Catriona Casey, Aisling Reilly and Diarmuid Nash.

With 165 entries across 15 grades, it was a hectic weekend all round, but some of the Handball on show will live long in the memory.

Age is only a number as Paul Brady proved this weekend, defeating all comers to win the 2021 Golden Gloves Elite Men's title.

The Cavan native turned up in great shape and, of course, his skill and execution levels remain outstanding.

Having seen off Jordan O’Neill, Colin Crehan and Martin Mulkerrins en-route to the final, Brady took down Armagh’s Charly Shanks 15-9, 15-0 in the final at St Paul’s.

Shanks defeated Sean Kerr 15-0, 15-0 in his semi-final, but had no answer to Brady in the decider.

In the Elite Ladies’ section, Catriona Casey justified her number one seeding with an excellent showing all weekend.

In the decider, she renewed an old rivalry against local favourite Aisling Reilly.  Casey blitzed the opener, but found herself 10-1 down in the second.

However, one thing Casey is renowned for his her battling qualities and she showed that in abundance to reel in the St Paul’s ace to seal the 15-13 win.

In total, the 15 grades took place in nine courts in five venues – all within 10 minutes of each other with players from across Ireland taking part.

All courts had been prepared for the tournament with remedial works to Gort na Móna finishing just last Friday – the first day of the tournament.

St Paul’s, Coláiste Feirste and Rossa were all in great shape while four juvenile grades took place in Queen’s PE Centre on Saturday.

Maggie Quirke of Kerry won the first trophy of the day in the U13 girls division beating Tyrone’s Karla Corcoran in the final 15-7.

Caislin Tracey took the U15 title with a 15-10 win over Shauna Corrigan.  In the U13 boys, Caleb Donnellan of Galway defeated Tyrone’s Ben McGarvey 15-5, 15-6 in the final while the U15 boys also went to Galway with Gavin Kelly defeating Wexford’s Joshua Roche in a thriller, 15-7, 11-10.