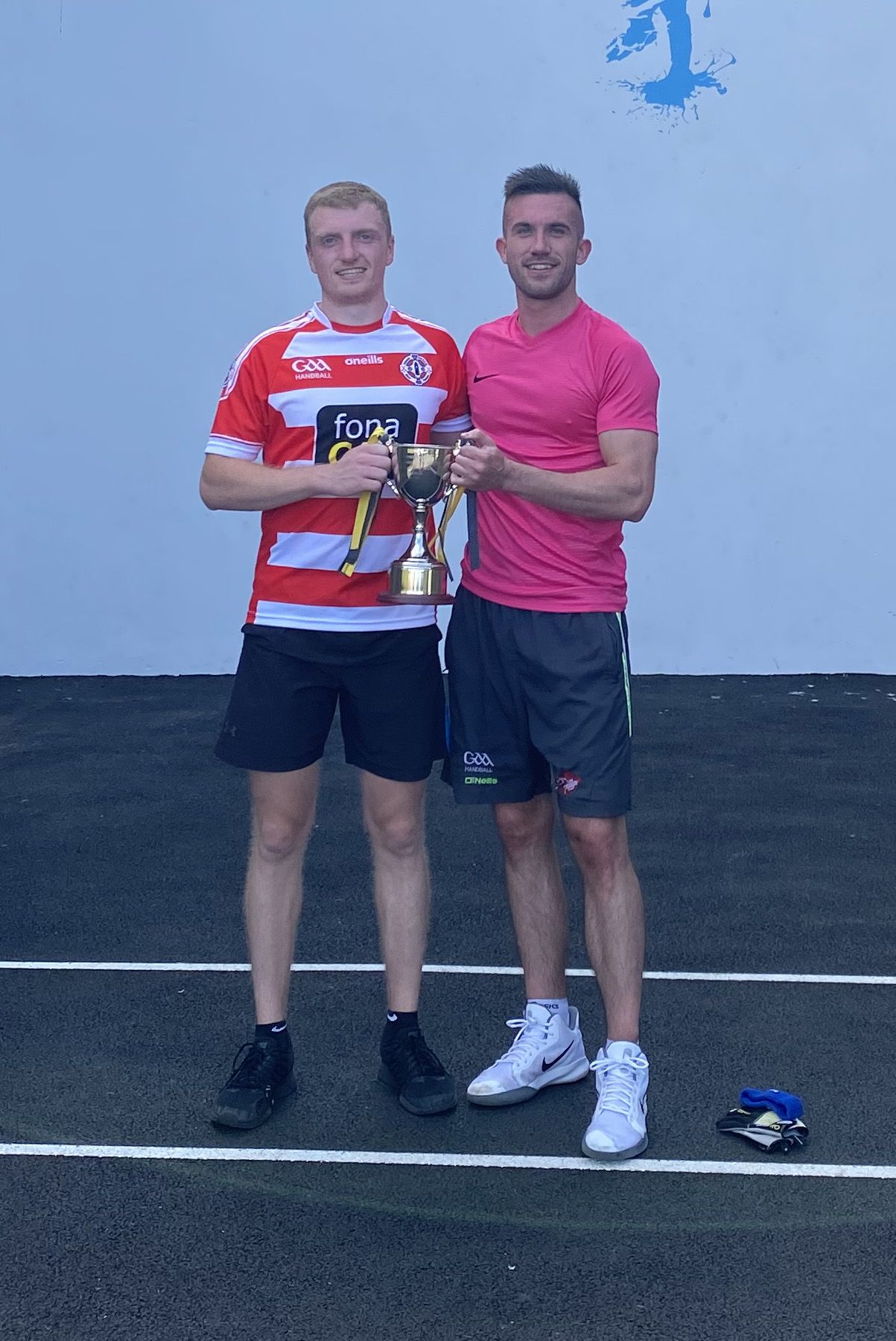 Due to the casual ‘back to play’ nature of the GAA Handball Summer Series tournaments we had a few late changes to the draw that we were more than happy to accommodate on the morning of the tournament.

The pick of the games again had Owen McKenna involved as he kept his momentum from his preliminary game and went toe-to-toe with Martin Mulkerrins, who undoubtedly suffered for not having an earlier game to get the court nuances as Owen claimed a thrilling 21-15 win.

However, due to a prior engagement, Owen was unable to continue in the tournament with Mulkerrins stepping into the void.

The game of the quarter-finals saw Sean Kerr fall to Antrim’s Jordan O’Neill in what was an incredible game up to around the 17 minute mark where Jordan then got in front and dominated to close the game out.

Jordan progressed to face Martin Mulkerrins in the semi-final and it was a nail-biter.  At the half-time water break it was level. With two minutes left, Martin gained a two-point lead and with only 30 seconds left on the clock Jordan got in and served two ace serves and, on level points served, and killed the return with time up to win 24-23.

Conor McElduff beat Charlie Shanks in the second semi-final 24-15 with a devastating display of shot-making.

McElduff’s performance was a joy to watch as he displayed the very best skills of the game - athleticism,  perception, deception, anticipation, pace and agility. These are only some of the attributes he displays and that any child can learn should they get involved in handball and pursue excellence.

In truth, Jordan had such a heavy quarter-final and semi-final and, without huge rest periods between matches, it was going to be a tough ask for him in the final.

The St Paul’s clubman did, however, demonstrate incredible talent to back up his growing reputation, but Conor's control pushed Jordan to his limits at the 14-minute mark.

The finishing line was in sight and with outstanding accuracy and craft he closed the game out.

Well done again to Conor on his return to play after 29 months post back surgery and rehab and thanks to all who took part to Edmund Rice for the use of the facilities.

Also to the working team of Dan Mc Vicker and Séamus Ó Tuama for sorting things on the day and keeping social media updated and Eilish Owens who kindly did the photography, video and flew a drone all at the same time Finally a special thanks to the tournament sponsors Vickerstock.