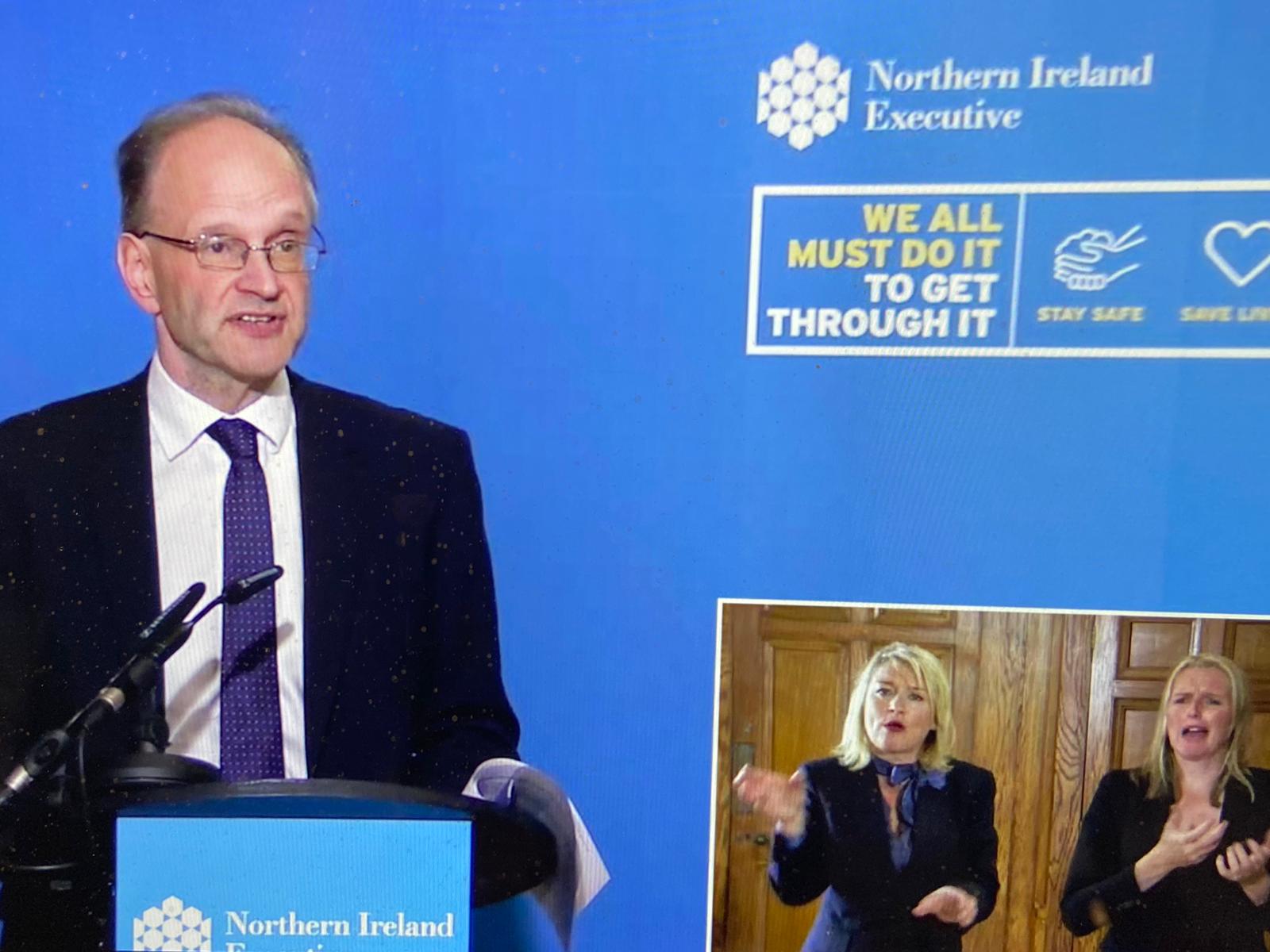 The DUP’s Peter Weir has the air of a slightly harassed headmaster.  He also is closer to the liberal end of the DUP (if that’s not a contradiction in terms) rather than the raw-reactionary end. Unfortunately for him, he’s also the Minister for Education and so, after his u-turn on A-Levels, looks less like a headmaster and more like a man who’s kicked a hornet’s nest.

You could say Covid-19 is to blame. If it hadn’t been for Covid, students would have sat their A-Levels and GCSEs  as usual, and TV news would be showing students lepping around with ear-to-ear grins, waving their results sheet and hugging anyone who’ll hug them. (They keep those who have done less well in a locked room at the back.)

But we have Covid-19 and so normal teaching and normal examinations  and normal lepping have not been possible. What to do?

Well, how about the obvious? Get the teachers to submit their projected grade for the student.  And the obvious was done.  On Monday morning, Peter Weir announced that GCSEs would go with the school’s projected grade, agus sin é.

But with A Levels, at least at the time of writing,  the teachers’ projected grades were then put in a blender with several other factors,  the switch pushed to Full Power, and all scrambled together. Result?  Over a third of A level grades  came out lower than the teachers’ estimates.

Not surprisingly, the yells of indignation echoed across the land. Peter Weir was urged to go back and use the teachers’ grades, as with GCSE, but admitting you’ve done it wrong is difficult for the DUP. Weir acknowledge the disappointment and anger out there, from teachers, students and their parents, but there was, he said,  “no perfect solution.”

But why did the minister of Education not go with the teachers’ grades?

Because those grades would not have “any level of credibility” – the grades would be much higher than other years. And that’d be bad. Even though every teacher knows that some years you get a lively class, some years a dull class.

So what ingredients did Peter Weir add before arriving at so many disappointing grades?

DUP MLA @RobinNewton4MLA rises to Peter Weir’s defence and says he has shown leadership and acted with “integrity” by changing his mind on exam results.. doubt that will carry weight with other parties in the chamber

Well,  he looked at how students had done at AS level and tossed that  in. Teachers were asked to rank the youngsters in their class and that was added too.  The past performance of the school was also factored in. What came out, predictably, was a mess with a bad smell. Here’s why.

Using the pupil’s performance in AS Levels is a very silly, seriously anti-educational trick. That’ s because it takes the way a pupil performed in the past and uses that to decide what grade  a pupil should get now.  It’s like saying to someone who’s completed the 200 metres “You got a really fast time in the one hundred metres, but we want to include your slow pace in the first 50 metres to decide your place. “

You would think, as someone once said, that because a person has a past, they can’t have a future.

Then there’s the ranking of the pupil in his/her class. The wrong-headedness of that is immediately obvious. I might be lucky enough to be in a class of total dunderheads, which would mean that I, as a half-dunderhead, would be ranked as Numero Uno. If I was unlucky enough to be in a class of smart students, I’d probably find myself near the bottom of the list. Students have no control over who their classmates are, so the idea that they might be penalised in their mark because of this is crazy.

Weir’s initial refusal to take the teacher’s projected grades for A Level does have some things in its favour. You’ll always get a  teacher who is tender-hearted and gives a kind grade rather than a fair grade. At the other end,  you’ll always get a teacher who has a grudge against little Johnny for being disruptive in class,  so lo! -  a lower mark for him.

Such things could happen, but I’d like to believe they’re rare.   At least 98% of teachers are hard-working and conscientious, so you may be sure they’ll give the student what s/h believes they should get.

“But we can’t have teachers allocating grades!” you hear some cry. “They’re just not equipped for that. You need exams.”

To which I say tosh and bilge-water and bat’s poo. If we’re prepared to entrust our children into the hands of teachers, if we trust that they’ll grow and learn under the guidance of these teachers, why would we not trust those same teachers to allocate an honest grade?

Which is why I’ve just heard that the Minister for Education has put his ministerial car into reverse: A Level students here can now choose  the grade predicted by their school if they want.

What was it Groucho Marx said? “Thos are my principles, and if you don’t like them…well, I have others.”

You can come out now, Peter. The hornets have gone away.