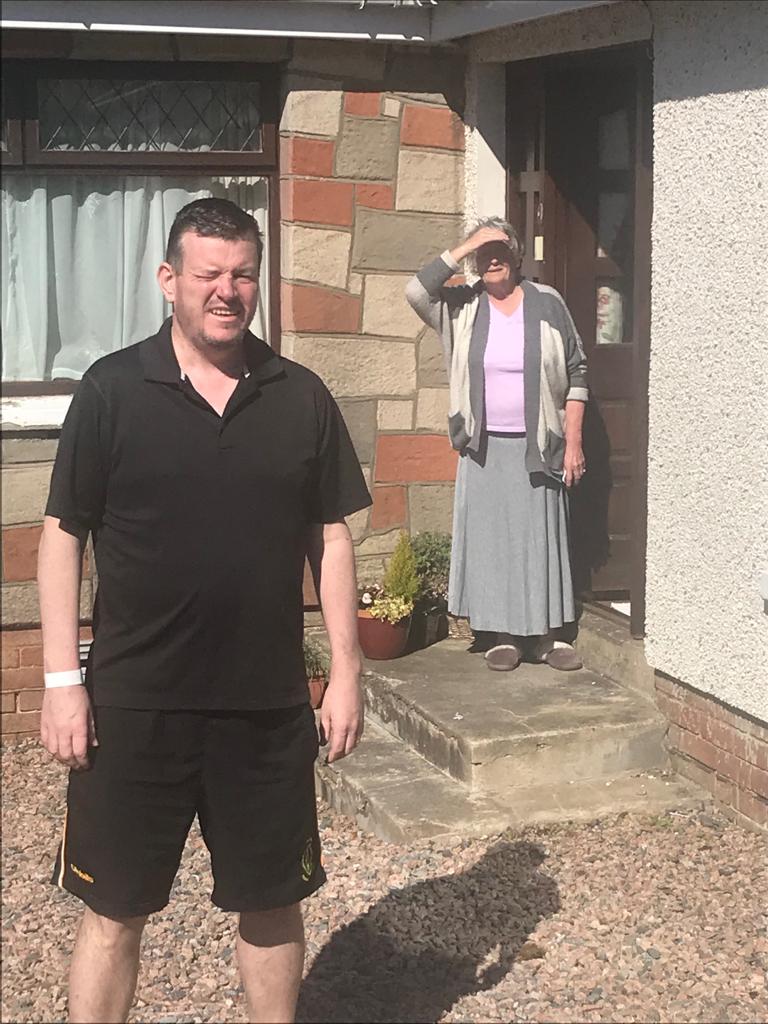 Leading lawyer Niall Murphy is home with this family this evening after enduring a gruelling four-week battle with Covid-19. (Our video above shows Niall arriving home to the applause of his neighbours this evening.)

"Shattered, Exhaustion beyond comprehension but I'm at home this afternoon," he said. "Scariest time my life, even though I was oblivious to it. But coming round and realising the danger I was in is scary. 16 days in a coma is hard to fathom."

It's believed the Antrim GAA stalwart picked up the coronavirus in a trip to New York just before St Patrick's Day or on the flight home.

"I am just trying to get stronger day by day. Loads of physio rebab to do. Legs are like knitting needles," he said.

"But I never thought I'd say I'm glad to be alive and literally mean it."

Niall Murphy paid tribute to the medical staff who had saved his life and gave thanks to all those who had kept him in their thoughts. He is pictured at his mother's house shortly after his release from hospital. "My mother is very religious and was praying throughout for the angels to save me," Niall Murphy told the Irish language website Meon Eile. "And of course they did. Those were the doctors, the nurses, the physiotherapists and the entire team of the NHS."