Hospice all shook up by Jim’s generous lockdown gesture 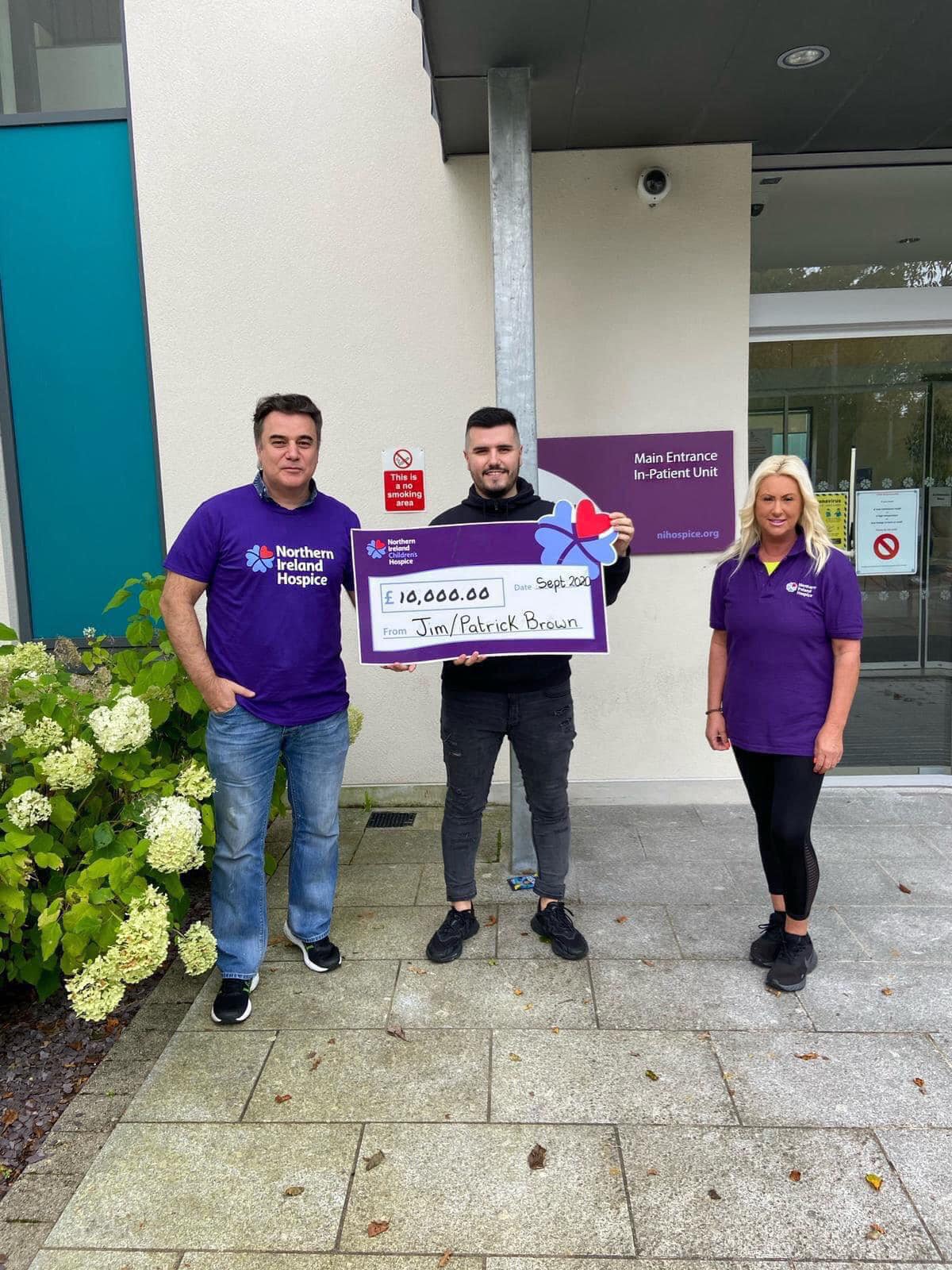 CHARITY BOOST: Jim Brown and his son Pádraig present a cheque for £10,000 to Noreen Kennedy from NI Hospice – the funds were raised from the highly popular Saturday night concerts that the pair put on during lockdown

IRELAND’S top Elvis impersonator, who performed live concerts on social media with his son during lockdown, has raised £10,000 for the Northern Ireland Hospice.

Their concerts, which were streamed live on Facebook, provided people with fantastic entertainment, shout-outs and requests.

Jim told the North Belfast News that the NI Hospice was a charity that he’s been particularly keen to support.

“The Hospice has always been a charity close to my heart and I wanted to do something for them when I heard they were short on donations,” he said.

“It was actually my son who came up with the idea of live-streaming performances at home.
“It was a bit of a relief because it is obviously something I enjoy doing. Some people said to me how it was the highlight of their week and how they looked forward to it every Saturday night.

“There were some generous pledges from people, with some donating every time I sang a certain song.

“I want to thank everyone who donated to help such a wonderful organisation,”
NI Hospice said they were “hugely grateful” for the support and added that they wanted to thank Jim and Pádraig for “keeping us all upbeat and entertained at such a difficult and uncertain time for everyone.”