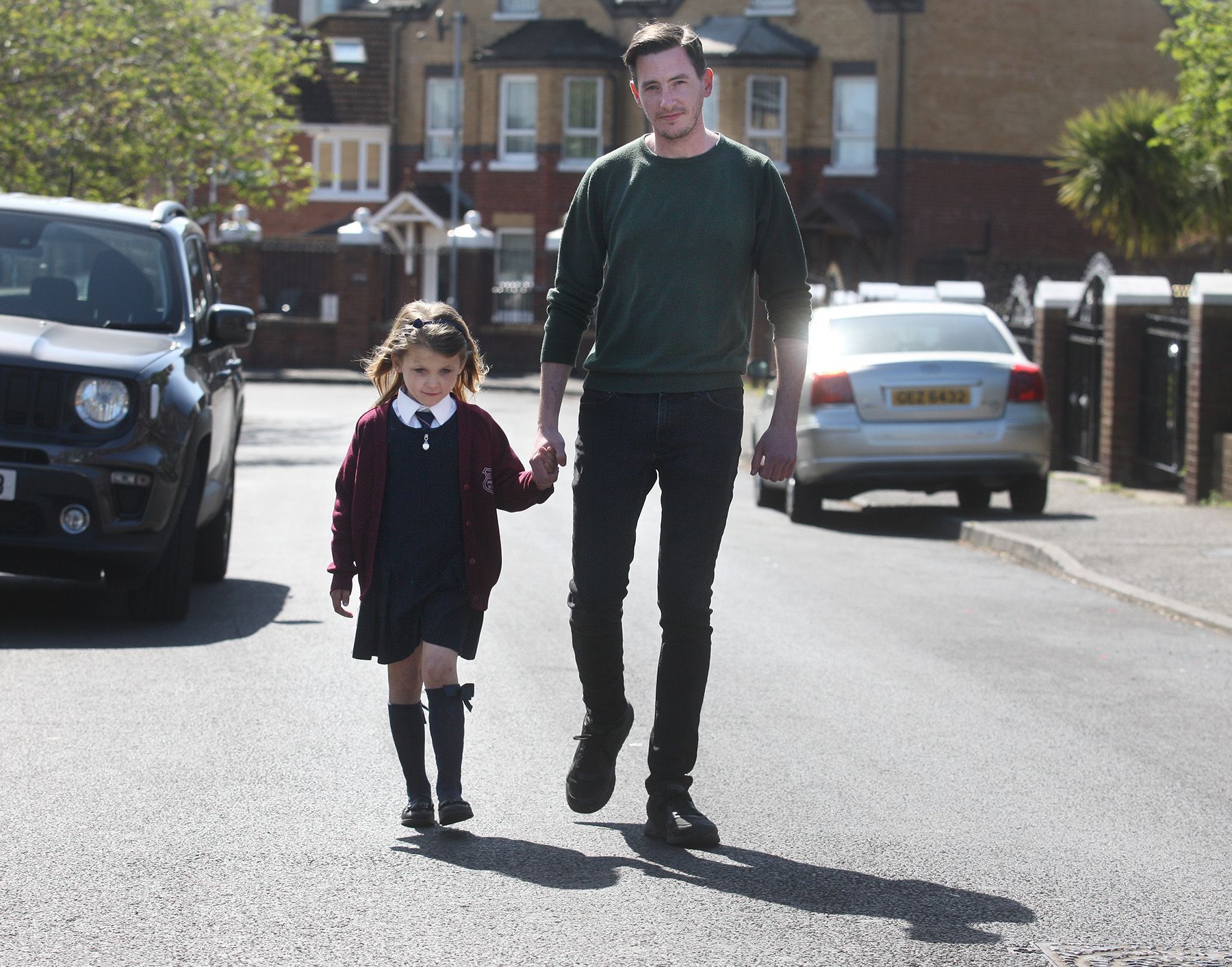 THE mother of a Beechmount schoolgirl, who survived a road traffic collision outside her home, has called for the installation of speed ramps in their street.

Joleen McFadden's five-year-old daughter Jessie was hospitalised after being knocked down by a car on Beechmount Grove on April 22.  An ambulance and air ambulance attended the scene before Jessie was brought to hospital, where she spent two days being treated for concussion.

"There are always kids in the street, and they're always back and forth," her mum said.

"The cars were all parked and she just ran out. I was standing waiting on her coming over. It just happened so quick.

"She went up in the air and bounced off another car, and she was in and out of consciousness."

Joleen described the experience as a "nightmare", calling for the Department for Infrastructure to install speed ramps on the street.

"This street is like a main road," she said.

"It could've been a lot worse only for the guy driving slowly. If he was driving fast she would've been dead. Cars speed up and down these roads doing 40 or 50. That guy was probably doing under 20, so fair play to him. He was in a terrible state, but he came round with a present and everything for Jessie."

A Department for Infrastructure spokesperson said: "The Department will carry out an assessment to identify if any traffic calming measures are required at Beechmount Grove.”

IRSP representative Dan Murphy, who lobbied the department over the issue, said it is "crucial" that speed ramps are installed.

"I think there has been about five or six kids hit on this one wee stretch of road, which is very small," he said. "There's absolutely potential for a fatality and it's surprising that it hasn't happened yet. We can't wait for that to happen."

He called on the Department to carry out its assessment "as quickly as possible."

"The residents want to see speed bumps here to slow traffic down. If they come back and say it's not feasible then we're going to have to do something ourselves, whether that's erecting signage telling drivers to slow down, or contacting drivers in the street and asking them to put their cars in the driveway."