Hotel tragedy a tale of luck and bad luck 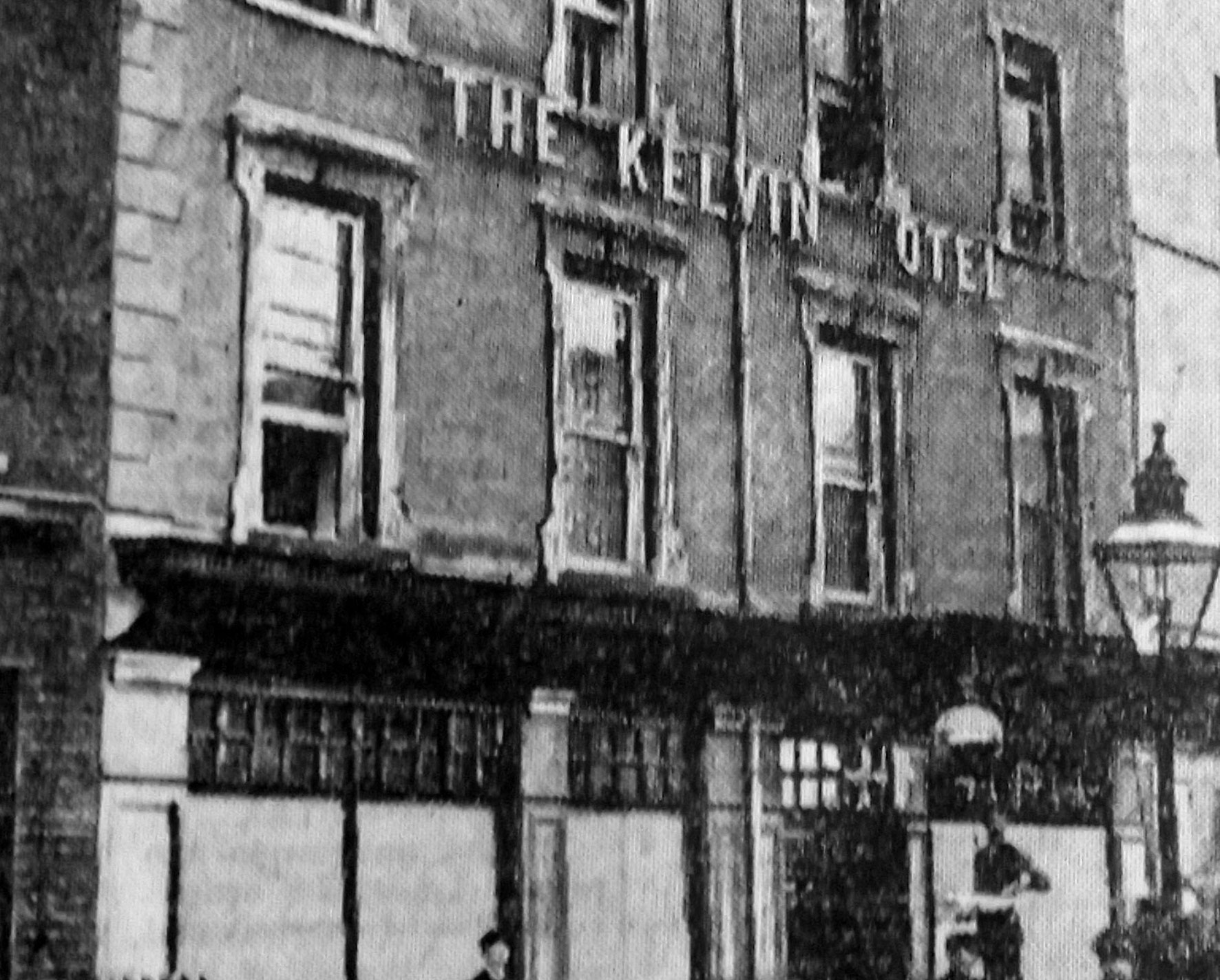 Just after 5am on July 26, 1910 Constable Shilvey was making his way along Donegall Square North towards the Black Man statue. He was heading to College Square RIC barracks to write his report, as he finished at 6am. Just as he reached the statue he noticed smoke billowing from the Kelvin Hotel in College Square East. The building had been the birthplace of the famous scientist, Lord Kelvin. He immediately raced to the barracks, contacted the Fire Brigade and, accompanied by other constables, raced towards the burning building.

Fires were much more common in the city then as preventative measures were not so efficient as now.

By the time they reached the building the fire had taken hold and the volume of smoke was much greater and the loud crackling of the fire could be clearly heard. As they arrived the front door burst open and a resident staggered out in his night attire. This was James Blackie, a commercial traveller from Glasgow. Blackie was awakened by a maid and managed to reach the front hall. He had difficulty opening the inner door but found that the front doors were locked and bars placed to prevent them being opened. Having succeeded in removing the bars he flung himself repeatedly with all his might against the doors which eventually gave way emerging with just a damaged shoulder. As he came out on to the street flames bean to lick the door. A cabman gave him an overcoat to cover his pyjamas. He gave a good description of the bedlam.

“While standing in the street I was horrified to hear first the shrill shriek of a woman and then the dull thud as her body hit the pavement. Before I could realise the tragedy that was happening around me I heard the swish of a woman’s nightdress, and within a few feet from where the first woman had fallen another lay bruised and battered at my feet. She passed so close to my head that I myself was in imminent danger, but I did not realise it at the time and was really so much overcome by the terror of the thing that for a moment or two I stood helpless.

“The first thing I knew was stooping over the  body of one of the two women, and then I heard further cries from above, and the body of a man came hurtling through the air. I saw him strike the pavement head foremost and I reeled and almost fell under the sensation of the moment.”

One of the women referred to by Blackie was Mrs McCaughan, who had jumped from the second floor. She was brought to a nearby house to await an ambulance. She had broken legs and a serious head injury as well as serious  burns and severe shock.

Her husband, Reverend William McCaughan, was not so lucky. Having satisfied himself that he was the only one left on the second floor he stepped out on to the windowsill and stood on top of the metal Kelvin Hotel sign. His hair had been singed off by the flames. Unfortunately as he jumped, his toe caught in the metal  ‘H’ and he was propelled headfirst to the pavement.

Just then, the first fire tender arrived and hoisted ladders on the front of the building. Had they arrived half a minute earlier, Rev McCaughan would have been saved. A strong wind was fanning the flames and the building was quickly reduced to a shell.

A sizeable crowd of onlookers, mainly tradesmen on their way to work, gathered, but were unable to help. When the blaze was eventually brought under control, firemen discovered the bodies of a hotel guest, Mr Cossart from Manchester, and two of the hotel’s porters, Leo Morgan and Austin Vaughan, in an attic room. They had tried unsuccessfully to open a skylight window and their bodies were found underneath it. They had suffocated. Another member of staff jumped on to a roof at the back of the hotel. She had watched others do so safely but she hesitated.

When she finally jumped she went straight through the roof as flames had finally reached it.

When I first came across this story I was intrigued as to why the clergyman and his wife were in the hotel.

Rev McCaughan, a native of Ballycastle, had been a Minister in Wellington Street Presbyterian Church in Ballymena. He was then moved to Mountpottinger in East Belfast before spending ten years in the USA and Canada. He returned to Belfast in 1907 and was appointed Minister of May Street Presbyterian Church. He took a house in Crescent Gardens but after two years there he decided to give it up and live in the hotel. His reason was to relieve his wife of household duties. The McCaughans liked to entertain on a grand scale and he found the hotel ideal for this purpose. It was also convenient to his church.

Rev McCaughan died two days after the fire, becoming the fifth fatality. He was buried from May Street on August 1. Just one floral tribute was placed on his coffin. It was from his wife and bore the inscription ‘Yet a little while.’ The message proved to be prophetic. She was still in hospital, having not seen her husband since she jumped from the window. Ten days later she succumbed, being the sixth and last victim of the tragedy.

A man from South Africa had booked into the Kelvin for that night. As he was boarding the Belfast boat in Glasgow he discovered a business card in his overcoat and realised he had overlooked an appointment. He went back to the booking office and put his journey back to the next day.  His luck was in.