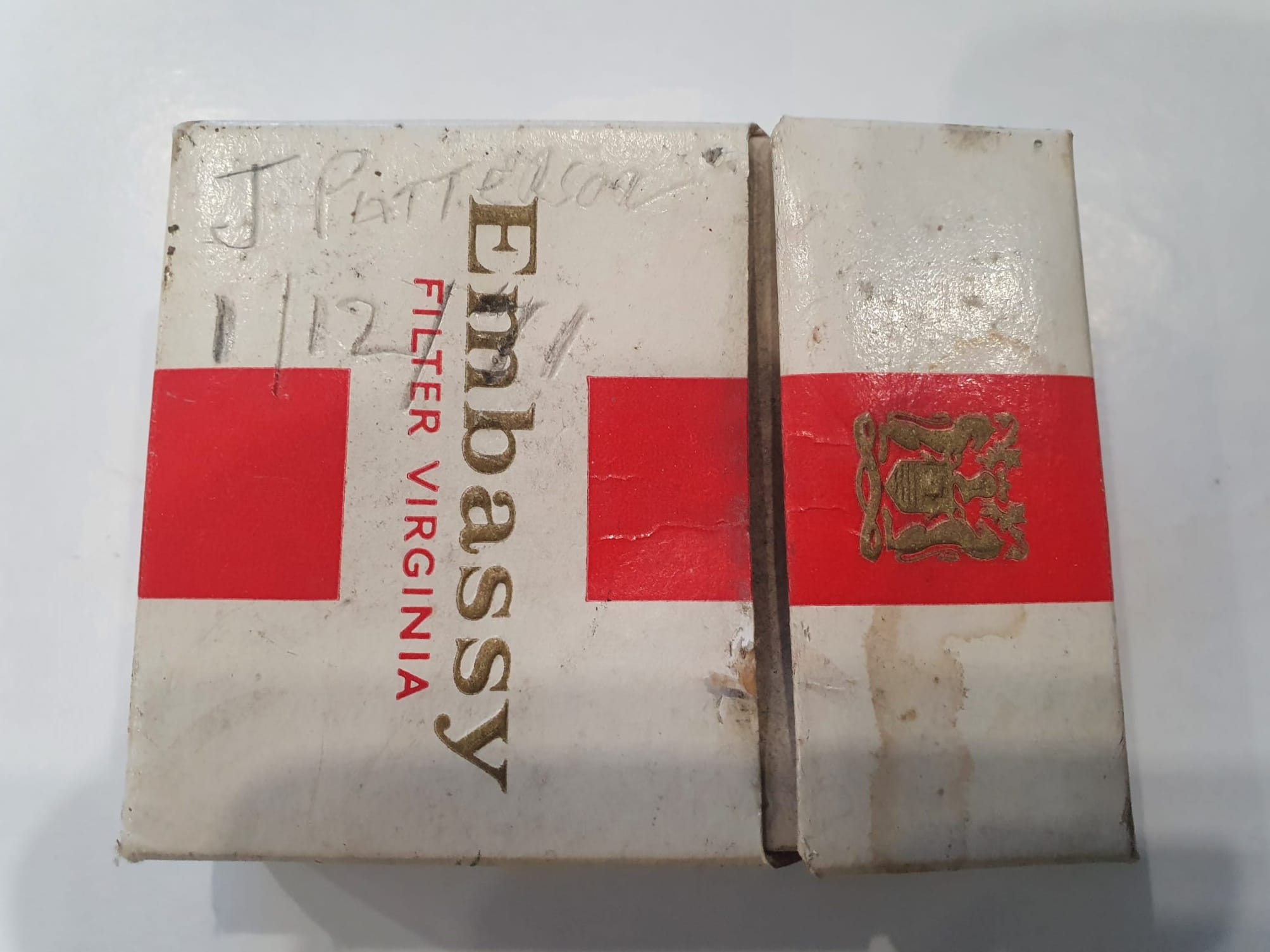 50 YEARS: The cigarette packet has the name J Patterson and the date 1/12/71 written on it

A BOMBAY Street family are trying to track down the owner of an old cigarette packet which they found while renovating their house.

The packet of Embassy Cigarettes is inscribed with the name J Patterson with the date 1/12/71 etched on it. It is believed that the packed was left by a worker on the site during the reconstruction of homes following the burning of Bombay Street by loyalists in August 1969 – at the start of the Troubles.

Speaking to the Andersonstown News, Kevin McNeill who found the cigarette packet, explained how he had lived in the house for 40 years and his wife’s family had lived there before that.

“We were renovating the kitchen and we pulled down the old wooden ceiling," he said. "The plaster board ceiling underneath that was bad as well so we pulled it down and when we were pulling the boards down that's when the packet fell out.

“My wife has lived in the house with her family since the houses were allocated in 1972. They were originally from Cupar Street and moved in quite early in 1972.

“The family have always lived in that house so we knew then that it had to be one of the workers.”

The Andersonstown News contacted Seán Mac Seáin who worked on site to rebuild the homes on Bombay Street and asked if he knew who the packet belonged may have belonged to.

Although the name on the packet reads J Patterson, Seán believes that the packet may have belonged to a plumbing and heating engineer from the Shankill.

“That will be Davy Patterson,” he said. “Davy, as he was known to us, was from the Shankill and worked as a plumbing and heating engineer on the site.

“He worked for McParland’s on the Falls Road but that was a time before the Troubles got really bad. He was a decent man and very easy to get along with.”

It is not known if Mr Patterson is still living although the McNeill family are keen to get in touch with him or any relatives who may be living.

If you know Mr Patterson, get in touch with us at j.mccarthy@belfastmedia.com