In a week of globetrotting, a sense of unease about the future is lifted by a visit to East Belfast 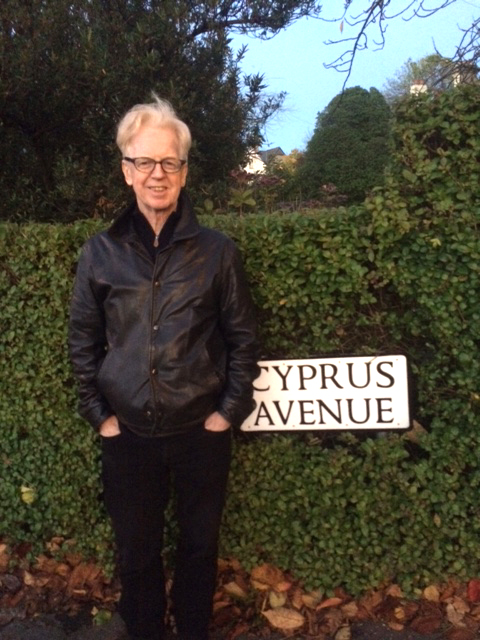 A visit to leafy Cyprus Avenue, immortalised on the ‘Astral Weeks’ album, felt like a pilgrimage for Larry Kirwan

I spent time in four countries in little over a week recently and recognised a sense of unease about the future in all. Much of this stemmed from a fear that people are no longer in control of their destinies – that outside forces have far too much power over their lives.

With U.S. elections looming, both Republicans and Democrats are focusing on their respective fields of candidates and while both parties share concern for a sluggish economic recovery, there is also a nagging feeling that the spirit of the country has been sapped and will never be rejuvenated.

Republicans often see the cause as illegal immigration and a weak president, while Democrats fault income equality and the influence of “big money” on the electoral process. There is little doubt that the presidential election of 2016 will be the most rancorous in modern times. Indeed, all one can hope is that the boil will be lanced and things will return to normal – whatever that is.

Since Liberal leader Justin Trudeau defeated incumbent Conservative prime minister Stephen Harper, Canada has much cause for optimism. And yet around Toronto many people I spoke to fretted that something ineffable had been lost – a native courtliness and collegiality. Mr Harper’s TV attack ads, in particular, were straight out of Lee Atwater’s book, all about tearing down opponents rather than offering any coherent plans, or even hopes, for the future.

With candidates chosen, the Republic of Ireland is already on general election battle footing. Unemployment is down and the economy has some of the highest growth rates in Europe. Dublin has regained some of its characteristic zest but the “recovery” is at best regional.

In Wexford, the talk is all about local owned businesses on the verge of closing with only multi-national concerns flourishing. The pervasive feeling is that few lessons were learned from the property and financial crash, and that things will never be the same again.

With Sinn Féin having peaked in the opinion polls, it seems that the austerity-minded Fine Gael led government may be returned to power – but without its coalition partner, The Labour Party. Could that mean a Fine Gael/Fianna Fáil national coalition? At the least, the Civil War split would finally be settled.

Despite much social welfare concern, I found considerable optimism and hope in Northern Ireland. Belfast is definitely buzzing. The city centre bars and restaurants were full and it was hard to reconcile the upbeat mood with the despair and violence of previous decades.

Although the government staggers from one crisis to the next, there is little doubt that power-sharing has well and truly taken root. The peace walls still divide the communities, but I sensed impatience with old ways and prejudices, particularly amongst the young. There is a yearning to engage with the outside world, and a desire to measure the country against its neighbors.

My greatest cause for optimism came in visits to two solidly loyalist areas. On the Shankill Road, our guide Robert Campbell, a former combatant, talked of reconciliation and his hopes that his republican counterparts will some day come to respect his traditions. Sporting his poppy emblem he looked forward to visiting Glasnevin Cemetery in Dublin to commemorate the many southern Irish who had lost their lives in the First World War while serving in the ranks of the British army.

On a visit to the new East Side Visitors’ Centre on the Newtownards Road, with union jacks and Red Hand of Ulster flags billowing in the surrounding streets, we were greeted by Wendy Langham. This remarkable woman is helping oversee the establishment of the Connswater Community Greenway, a green belt that will run for miles through some of the most disadvantaged areas of the city.

Al Bodkin escorted us on the Van Morrison Trail. He identified a myriad of local sights referenced in Van’s songs. One felt like a pilgrim standing in front of Morrison’s first modest home on Hyndford Street, or strolling down leafy Cyprus Avenue, immortalised on the ‘Astral Weeks’ album.

There’s a long way to go but the Van song on everyone’s lips was ‘Bright Side of the Road’. Maybe we can all learn from East Belfast now that ‘The Healing Has Begun’.