Instonians out to ‘Bridge 12-year gap 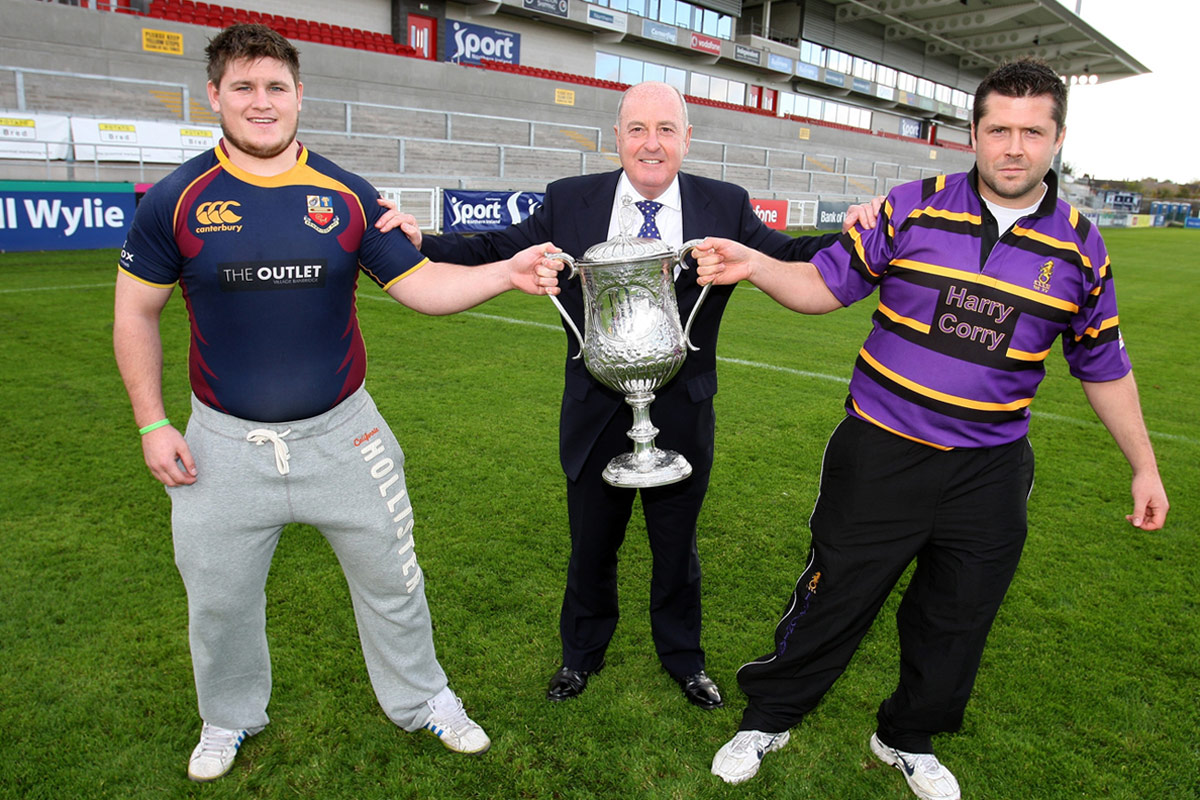 INSTONIANS will be hoping to party like it’s 1999 by securing a place in the Ulster Senior Cup final should they defeat Banbridge at Rifle Park on Saturday.

It was back at the tail end of the last millennium when the South Belfast club last appeared in the provincial decider when they overcame Malone to secure the title.

Since then the Shaws Bridge based club has been absent from the showpiece but head coach Bruce Cornelius is hoping his side can bridge that gap and book a place in the decider against either Ballymena or City of Derry.

While Inst ply their trade in Division 2A of the All-Ireland League, Saturday’s opponents operate in Division 2B so the Malone men will be slight favourites to progress.

However, Cornelius sounded a word of warning that he is expecting a tough challenge on what could be a special day for his club.

“It is indeed (a big occasion). I can’t remember the last time the club made a semi-final in the cup so I think everyone is pretty excited actually,” he said.

“To be honest I don’t think there is much between the two sides. If you look at it in terms of league tables, then they finished fifth last year whereas we came in fourth.

“The top four got promoted out of Division 3 last year so they just about missed out on the play-offs so it just shows you how close we are and I don’t think there is going to be that much in it.”

Instonians’ task will be made slightly more difficult as they will play the game on Banbridge’s home turf.

However, while they have endured a slow start to the season, Instonians have begun to find their form and a 28-26 victory over Queen’s in the quarter-final sealed their place in Saturday’s semi-final.

An AIL defeat at home to Old Wesley (18-33) followed but since then they have defeated Clonakilty in the AIL (39-32) and Rainey OB (45-17) in the Ulster League to suggest they are beginning to hit top gear.

Their head coach admitted his side has not been in scintillating form and would have been hoping for a game this weekend in any case to try and help his side continue their recent improvement.

“It will be tough having to travel to their place,” added Cornelius.

“Regardless of whether we had a free weekend or cup game coming up we would be looking for a game regardless.

“I would be lying if I said I was happy with how we are playing at the moment and it has taken a wee while for us to get into things.

“It’s a tough division that we are in but the last couple of games – bar the Old Wesley one – we have started to get some kind of tempo and movement into our game which I think is a positive.”

Banbridge have not been in great form themselves and despite a 15-0 quarter-final victory over Armagh, have also lost to the same opposition in the Ulster League and on Saturday fell to a 12-5 defeat at the hands of Ballynahinch.

While this may suggest that Instonians are poised for victory, Cornelius countered that semi-finals can be tricky games and his players must show their opposition respect if they are to reach the decider.

“To be honest I would be lying if I said I was paying much attention to what they have been doing in Division 3 or how they have been playing,” he admitted.

“I think they have been doing pretty well but that doesn’t mean we are dismissing them.

“I haven’t been taking much notice of the cup games and have really just taken them as they have come.

“I know they have been doing reasonably well and it will be a tough encounter – most semi-finals usually are as there is a place in the final up for grabs.”