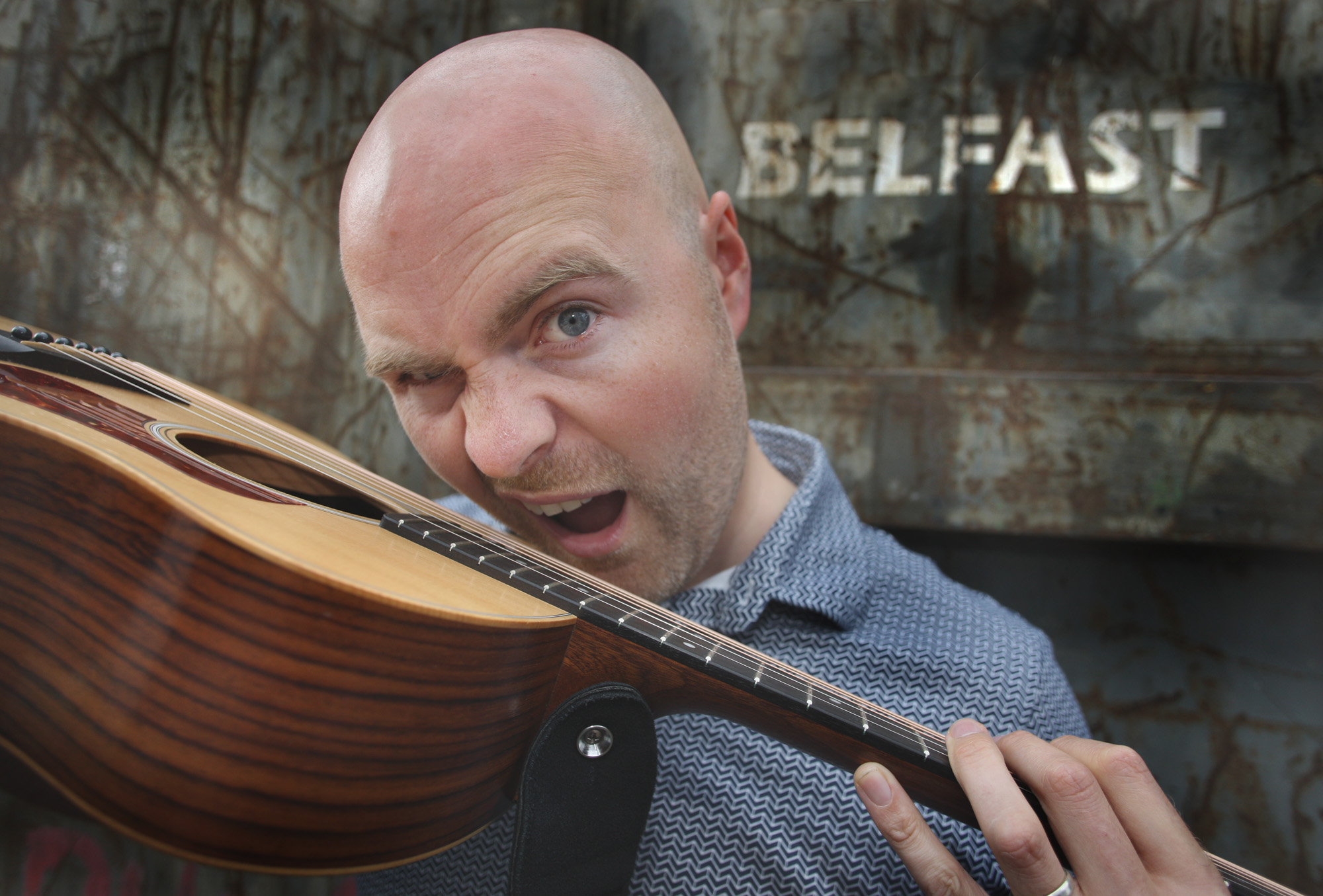 A WEST Belfast comedian whose parody of chart hits from the likes of Ed Sheeran – which has seen him go ‘viral’ on the internet – is about to headline his own show such is the demand to see him live.
Brooke’s Paddy Rafferty, known to fans as Paddy Raff, will perform at the Foundry Club, formerly the Stiff Kitten, in the city centre on Friday July 27. The 34-year-old told the Andersonstown News how he had always been performing skits and his own take on songs throughout the years and decided that 2018 was his year to try his hand at stand-up.
“Even back at school I would always try and change the lyrics of songs, whatever was popular at the time. The ability to flip lyrics dead quick always came naturally to me,” he said.
Paddy explained how he started to play guitar in his teens and began to use his talent to create comedy videos which he has since posted on his social media Facebook page and which now have received thousands of hits.
“I have my own take on Ed Sheeran’s ‘Galway Girl’ – I do ‘Broadway Girl’ and instead of Fountains of Wayne’s ‘Stacey’s Mom’ I sing about Stacey’s Ma. I’ve only really been performing since March but it has really taken off and it’s going really well.”
Paddy said he is really looking forward to performing at The Foundry – which is already approaching a sell out.
“I have always been a big fan of Billy Connolly, who funnily enough used a guitar as well in his early gigs. I’ve always loved stand-up comedy and never for a minute thought I’d actually be up there doing it myself.
“It’s great to know that people will be coming next Friday to see and hear my stuff, I’m not being complacent, I’m putting the work in so it’s going to be a great night for everyone coming along.”
Paddy will play The Foundry on Friday July 27. A limited number of tickets are still available priced at £8.
For more details on Paddy and his upcoming gigs follow www.facebook.com/paddyraff