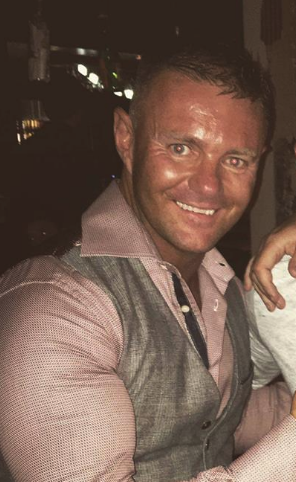 THE Irish Republican Socialist Party have denied that the INLA shot Jim Donegan dead on the Glen Road on December 4 last year.
Mr Donegan was shot dead as he waited to collect his teenage son from St Mary’s Christian Brothers’ Grammar School. Police have now linked the murder to the INLA.
Police also believe the gunman who killed Mr Donegan was at the scene five days earlier waiting for him, but he failed to appear.
CCTV images of the alleged gunman were shown on the BBC’s Crimewatch programme on Thursday evening. Speaking on the show, PSNI Detective Chief Inspector Pete Montgomery said: “This is CCTV footage from November 29 and I believe this is the same person who murdered Jim.
“He waits for 20 minutes amongst the schoolchildren, waiting for Jim to arrive to pick up his son.
“I believe if Jim had arrived there to pick up his son that day, he would have been murdered.”
The Police Ombudsman’s Office have begun an investigation into how the PSNI dealt with information about a potential threat to Mr Donegan received before his murder. The Ombudsman is investigating whether the information was properly processed.
In a statement to the Andersonstown News a spokesperson for the IRSP said: “Following a recent announcement by the PSNI that the INLA were involved in a recent killing in Belfast the IRSP would like to place the following on record.
“This along with other statements from the PSNI in recent times making wildly inaccurate and sensationalist accusations towards republican socialists without producing a shred of evidence follows a pattern which is clearly aimed at damaging the credibility of the republican socialist movement. This is part of a clear strategy of propaganda by the British State using their local militia, the PSNI.
“It is no accident that this is happening during a time of growth and increasing political activity by the republican socialist movement in every sphere of the working class struggle.
“These attacks will not deter us from carrying on that vital political struggle. Similar tactics in the past have not worked and this current campaign by the British state will only strengthen our resolve to continue our work on behalf of working class communities.”